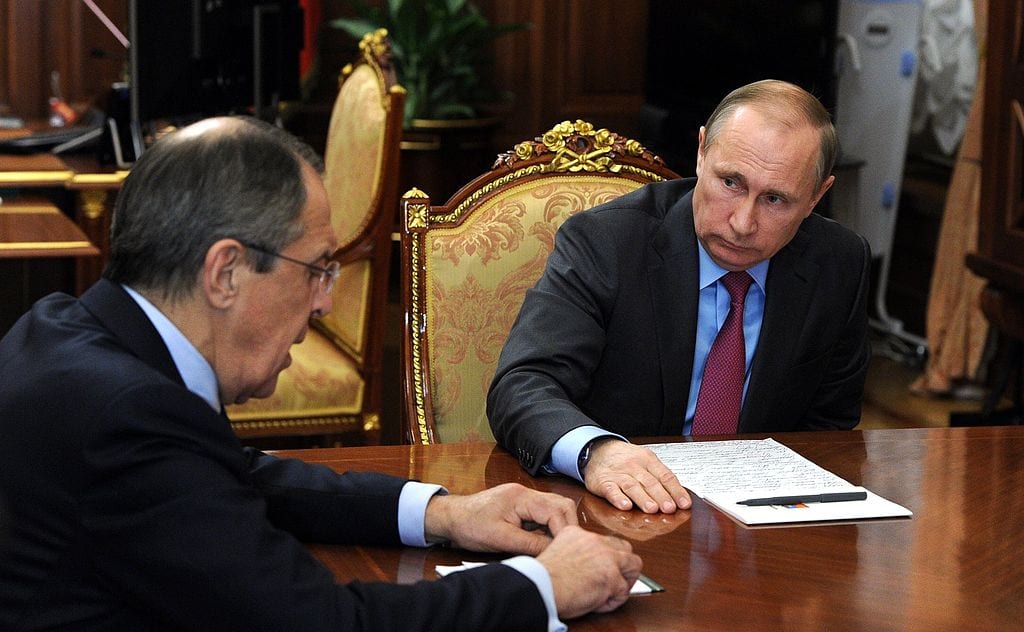 Rush Limbaugh challenged his audience on Monday. Why, he asked, are we treating Russian meddling in the Presidential election of 2016 as something different from classic Russian mischief in some significant way? In kind rather than in degree. Haven’t the Soviets and then the Russian Federation cast themselves decade after decade as gadflies, provocateurs, troublemakers, monkey-shiners, nudniks, mockers, scorners, underminers, down-their-nose-lookers, thorns-in-the-side, getters-under-our-skin, needlers, cloak-wearers-and-dagger-thrusters? As they say in Hebrew, mah yom mi’yomayim — why is this day different from the day before?

Limbaugh means to push back against the Mueller fanboys who want to sell us on some nefarious cabal, wherein Trump campaign wannabes like Carter Page, hangers-on like Papadopoulos, loudmouths like Michael Cohen, dirty tricksters like Roger Stone, Machiavellians like Jared Kushner, Rasputins like Steve Bannon, all teamed up with Boris and Natasha to slip Hillary the poison that made her cough and faint all over the place. Rush is trying to restore equilibrium, and remind us that while Russia does not have the heavy mettle to rock us and roll us, it is very conscientious about reminding us how annoying it is, as it was in 2012 and will be in 2020 too.

Rush is right that the Left is wrong, but he’s wrong that the Right is right. The truth is that 2016 was indeed different, that it does stand out as a historical anomaly, and that we may never see its like again.

The reason is that two unique elements prevailed in this instance. One was Hillary Clinton’s private email and the other was the Democrat Party rigging the primaries for Hillary and selling her control of the party in return for campaign cash.

The first meant that the Russians had a window into the heart and mind of one of the oddest political figures, a practitioner of the Clintonian credo: never do honest what you can do crooked, never tell the truth when you could tell a lie, never do open what you can do hidden. Try to imagine the surprise of the first Russians who figured out the Secretary of State of the United States was conducting official business on a “private server.” Those two words do not convey the full transgressiveness of the behavior. Essentially the government is functioning out of the private home of a plenipotentiary. This is a person who not only believes she is above the law, she believes she is the law. (“Mister Jefferson, where is the Declaration of Independence?” “Sorry, I wrote my shopping list on the back… as soon as I pick up the potatoes and the onions, you’re welcome to have a look…”)

Imagine that you’re Putin and your top lieutenant comes in and says he thinks he hacked into the Secretary of State’s account. There is one email about yoga, one about Chelsea’s wedding, one Special Access Program list of all the United States’ nuclear warheads, and a fourth — heavily redacted — about Hillary’s fainting spells. You (playing Putin) start yelling at this nitwit for falling for such an obvious piece of American disinformation. What a load of CIA crap all created by those geniuses in Langley; fainting spells, my foot!

When it finally sinks in this is real, a sinking feeling sends Putin’s heart plummeting. This is not American government, this is hooliganism. This is government by the bosses, of the bosses, for the bosses. There is something familiar about Clintonism… rings such a bell… it is so like… Putinism!

Here is where foreign policy thinkers, in and out of the intelligence services, have missed a beat in the transition from the Soviet Union to a Russian dictatorship. They still think that Russian autocrats fear our electoral system, fear our freedoms. But they miss the larger point. We are used to thinking of democracy as a stable system, but to an autocrat the opposite is true: real democracy, where a new President can be elected every four years, is the most unstable system of all. For Putin the ideal set up is a Democrat President for four years, then a Republican for four years, around and around in an endless cycle. No government is entrenched long enough to go after the lifers like Putin or Castro or Assad.

What they saw in Hillary’s come-and-get-it private server, what they saw in the DNC hacks, frightened Putin’s boys no end. Here was an American version of Putin, a power player who rigged elections and ignored the rules of engagement. Much too scary, too “stabilizing” for comfort.

And so the Russians finally dropped the Bomb. Not the Atom Bomb or the Hydrogen Bomb or the Neutron Bomb. They dropped a Truth Bomb and showed Americans we were about to put in our own Putin. You can’t trump the truth!