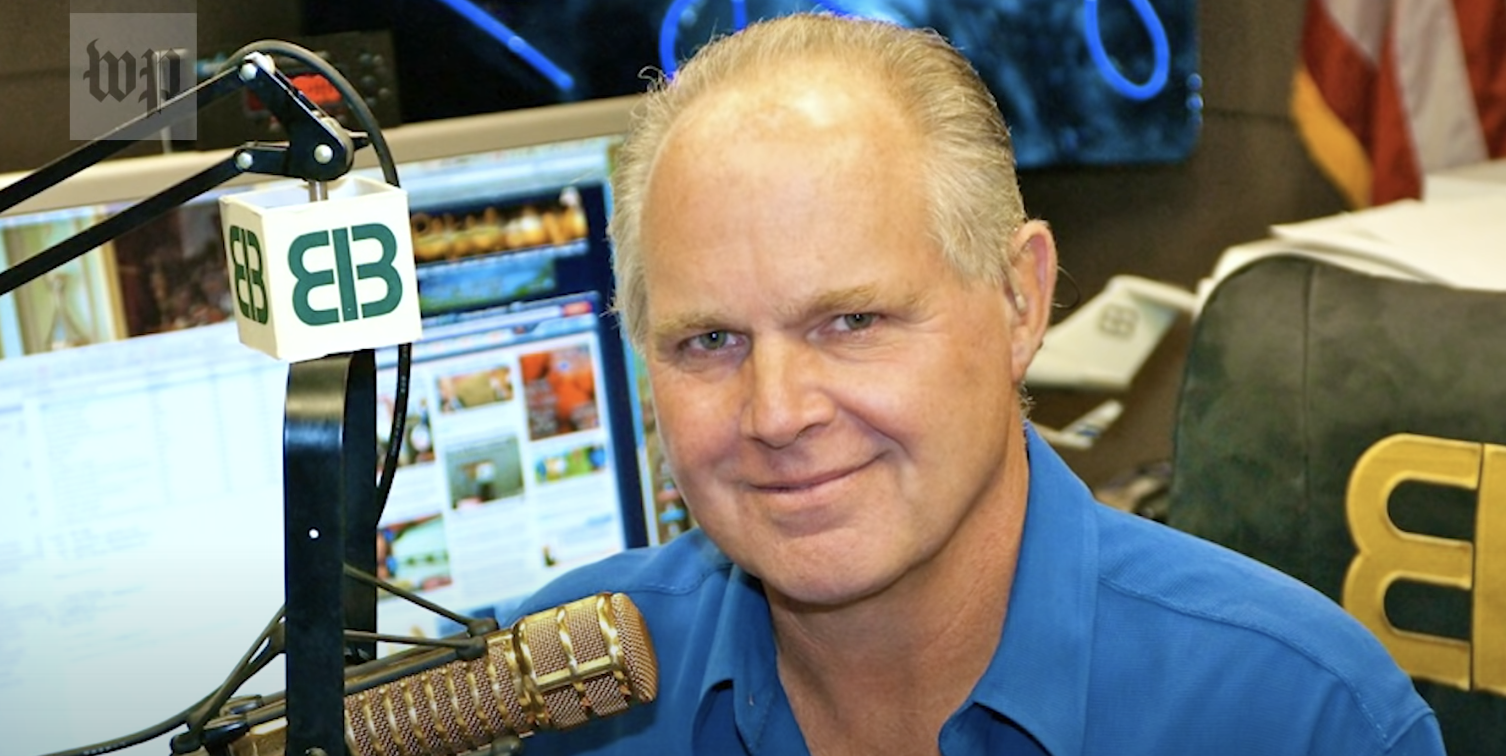 He revolutionized media as he revitalized a medium suffering an agonizing death that started sometime between the premiere of I Love Lucy on CBS Television and the goodbye episode of Yours Truly, Johnny Dollar on CBS Radio. And despite the AM band’s rigor mortis taking full effect by his 1988 national launch, Limbaugh — whose syndication predated the existence of Fox News and the Drudge Report — transformed the media landscape.

His stature within the conservative movement, though below a Ronald Reagan, stands above almost everyone else, at least as a popularizer of right-wing ideas. William F. Buckley Jr., so different in so many ways than Limbaugh, perhaps stands alongside him as one who most effectively brought conservatism to the masses. Network news, cable news (which then meant CNN), newspapers, and magazines created a massive void in covering events from a default left-of-center perspective. The personification of Excellence in Broadcasting, with a sense of humor, a hypnotizing timbre, and brash confidence that enemies interpreted as narcissism, filled the void.

Limbaugh’s stature within the conservative movement, though below a Ronald Reagan, stands above almost everyone else, at least as a popularizer of right-wing ideas.

Yet people in his field — broadly speaking, the media — wrote taunts disguised as obituaries on Wednesday. “Rush Limbaugh, Who Built Talk Radio into a Right-Wing Attack Machine, Dies” (New York Times), “Rush Limbaugh, conservative radio provocateur and cultural phenomenon, dies at 70” (Washington Post), and “Rush Limbaugh Taught Republicans to Love an Angry, Racist Bully” (New York Magazine) read as the headlines. An inverse correlation existed between the vituperation within the articles and the number of minutes spent listening to Rush Limbaugh by the authors, who gained their insights through a priori deductions that caricatured a character needing no exaggeration, grotesque or otherwise, to generate interest but perhaps required it to turn off those who never turned him on. The ghoulish vulture-picking validated the project that dominated the second half of Limbaugh’s life. When Walter Cronkite, Eric Sevareid, Howard K. Smith, or any other media titan of far less consequence than Limbaugh passed, the headlines did not include political scare-labels and pejoratives. That they did for Limbaugh shows them for who Limbaugh said they were: ideologues masquerading as journalists. Even in death, Rush Limbaugh pulled off their masks.

My first close encounter of the Rush Limbaugh kind occurred inside Manchester Regional Airport, before its expansion as an alternative to Logan Airport and long before events compelled airports to become militarized zones not at all resembling that airport where Howard Jarvis sat patiently with the meter running (the white zone is for immediate loading and unloading of passengers only; there is no stopping in the red zone). He deplaned, and the crowd — mostly volunteers for Pat Buchanan’s primary challenge (Manchester was like a right-wing Woodstock that winter) of George H. W. Bush — enthusiastically greeted him as though a returning sports champion or a visiting rock star.

By early 1992, I knew Rush Limbaugh’s voice but not his face. He was famous — just not face-famous. Still, everybody knew that the oversized man exiting the jetway was that oversized personality they knew from the radio. He exuded a presence. And, despite all the subsequent talk of him as a private man, he clearly loved his public on that day. He spoke to the volunteers, posed for pictures, skillfully eluded their pleas to endorse their candidate, and signed autographs, including one on a campaign poster, the Sharpie autograph since smudged on the glossy cardboard to the left of Pat Buchanan’s head, that now sits in the rafters of somebody’s attic. I met President George H. W. Bush, Barbara Bush, John Sununu, Bob Kerrey, Captain Janks, Pat Buchanan, Carl Cameron, Arnold Schwarzenegger, and numerous other notaries as a 17-year-old in New Hampshire that winter. Limbaugh stood out as someone reveling in the moment.

The Rush Limbaugh moment continued for the next 29 years. He did not disappear as Morton Downey Jr. and Wally George, talkers mistakenly identified as proto-Rushes, did because he offered not a schtick but substance. Over the following three decades that illustrated his staying power, Limbaugh hosted an entertaining, influential television show. He wrote several best-selling books. He made public appearances. He appeared on an ESPN pregame football show for a brief period.

And by doing all this he figured out that he did one thing really, really well: talk on the radio. One could make the case that he did that better than anyone ever. Orson Welles, Paul Harvey, and Peter Lorre belong in that conversation. But they spoke from scripts. He spoke from the head and from the heart and from the soul. When one narrows his field from radio to talk radio, one grasps that the gap between one and two extends a lot farther than the gap between 540 and 1700.

Others saw radio as a means to their quickie book written between ad breaks, a Fox News commentator position, a lucrative lecture tour, and all of the above. Limbaugh saw radio as end and not means. That fact helps explain why none of his many impersonators replaces him. Almost everybody strikes as replaceable. Rush Limbaugh isn’t. We do not get another one.

During the prolonged Rush Limbaugh moment, I enjoyed — that’s not strong enough a word — hearing him read from several of my articles, from Breitbart and The American Spectator, on the air, a feeling so much better than when a host reads from your article as though merely saying his monologue. The attribution felt validating. Inner-directed me needs no flatterers. But when it comes to the part of my life where I carry an ego — writing — the praise unleashed euphoria. Embarrassing? Indeed. False? Unfortunately, no. I needed that!

All of this led to my second Close Encounter of the Rush Limbaugh Kind. In 2013, we spoke for 45 or so minutes on the phone. Unlike our in-person encounter, when I met him at the airport more than two decades earlier, this proved far more meaningful. Limbaugh, a Pittsburgh Steelers booster, loved football. So, he loved my book The War on Football. He interviewed me for The Limbaugh Letter. I should have been nervous, stuttering, stammering. His welcoming and deft conversational style, no doubt fostered by decades of talking for a living, put me at ease. It felt like conversion with an old friend. To me, he certainly was — even if to him I was a stranger (he did not treat me as a stranger). The discussion proved effortless.

My words looked great in print, but this owed little to me. El Rushbo, even though he generally spoke with his callers but not guests, made me look fantastic because he made me first feel fantastic — not awed or dumbstruck but comfortable, at home, where I belonged. He sometimes played an egotistical guy on the radio. On the phone, he showed himself as a humble, gregarious, warm human being.

Rush Limbaugh enjoyed his three score and ten. We selfishly hoped for another ten score and three. It does not work that way. The man warned us that his talent remained subject to recall. Be grateful we listened to him rather than sad that we lost him.