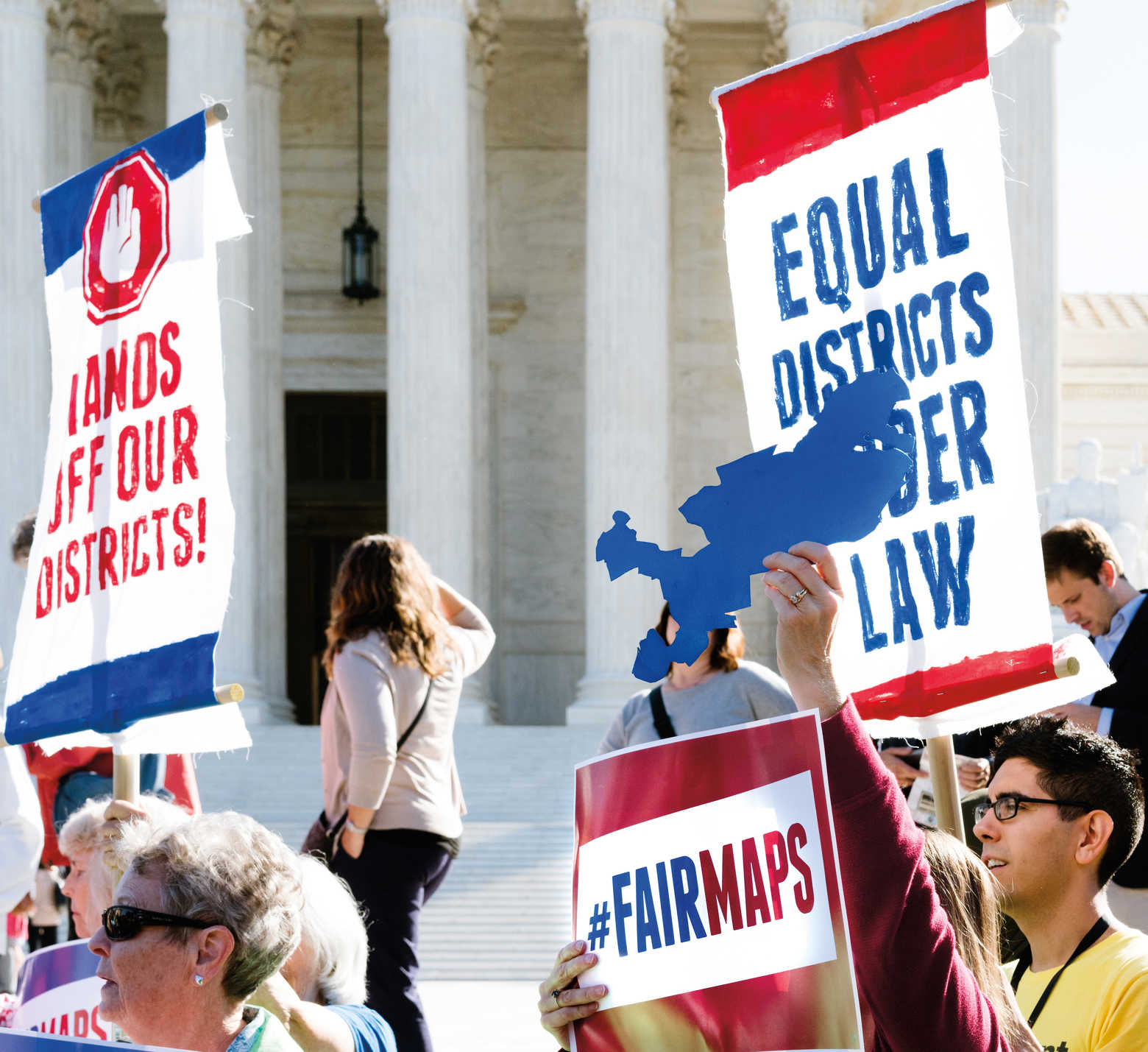 The blessing is mixed for two reasons. First, Rucho does not put the final nail in the coffin of political redistricting claims. Second, the Court, in the final section of its decision, pointed to some non-judicial remedies for political gerrymandering, including redistricting by commission instead of by legislators. The second point is for another article.

That said, political gerrymandering gets bad press that comes almost exclusively from the losers. Losing political parties and actors tend to blame the system before looking in the mirror at their positions and candidates. A measure of political gerrymandering  is also inevitable if legislators draw the plans, because the plan must get a legislative majority. Still, legislators are accountable to the voters for their work, and the members of redistricting commissions aren’t.

In the 2000 round of redistricting in Alabama, the Democrats drew the plans for the State Senate and State House of Representatives. In 2005, when the Supreme Court was considering political gerrymandering, they told the Supreme Court not to get involved because their political gerrymander was a benign one that served the interests of white and African-American Democrats. Their work lasted only until 2010, when the Republicans won a supermajority in both houses.

Something similar happened in 1980s Indiana after the Democrats complained that the Republicans had politically gerrymandered the Legislature. The Indiana Democrats made gains in the 1986 and 1988 elections and took the State House in 1990, all under the allegedly unconstitutional 1981 plan. So, too, in the 1990s-era North Carolina and Pennsylvania congressional plans.

Put simply, political gerrymandering may be sticky, but it’s not intractable. Legislators can stretch their partisans only so far, and voters have been known to change their minds from one election to the next.

Rucho will not put political gerrymandering claims out of our misery; it will just divert those claims to state courts. Many of those state courts will be unable to avoid temptation. The Pennsylvania Supreme Court took a constitutional provision that applies to the state Legislature and used it to overturn the Pennsylvania congressional map. The remedy was its own partisan pro-Democrat gerrymander. And the Rucho claim is back in the North Carolina state courts.

The Supreme Court has explained that the Constitution “clearly contemplates redistricting by political entities,” which “unsurprisingly … turns out to be a root-and- branch matter of politics.” The judicial resolution of political gerrymandering claims must, then, distinguish between the right amount of political consideration and too much. And any test must be “especially clear,” setting out precise, clear, and politically neutral standards. That’s just as true for the state courts as for the federal courts.

So far, the Supreme Court has found a number of tests to be lacking. It has rejected reliance on the Constitution’s Elections Clauses, the First Amendment, and the Equal Protection Clause. In addition, standing, or the need to show an individual injury, has proven to be a stumbling block for plaintiffs who really want more Democrats in the state legislature. “Partisan asymmetry metrics,” which extrapolate from statewide election results like the so-called efficiency gap, show the effects of a redistricting plan on the political parties, but don’t say anything about the votes of individual voters. Finally, a political gerrymandering claim should take more than a single election into account.

None of that was persuasive to the four dissenters. In an interview last Thursday, Justice Kagan told the Dean of Georgetown University Law School, “There’s no part of me that’s ever going to be accepting of the decision made.” She overlooks the fact that we have not seen the end of political gerrymandering claims; we have just seen the end of them in federal court.

Like the Rucho majority, the state courts should hesitate before entering this political thicket. No doubt, some will, and others won’t.