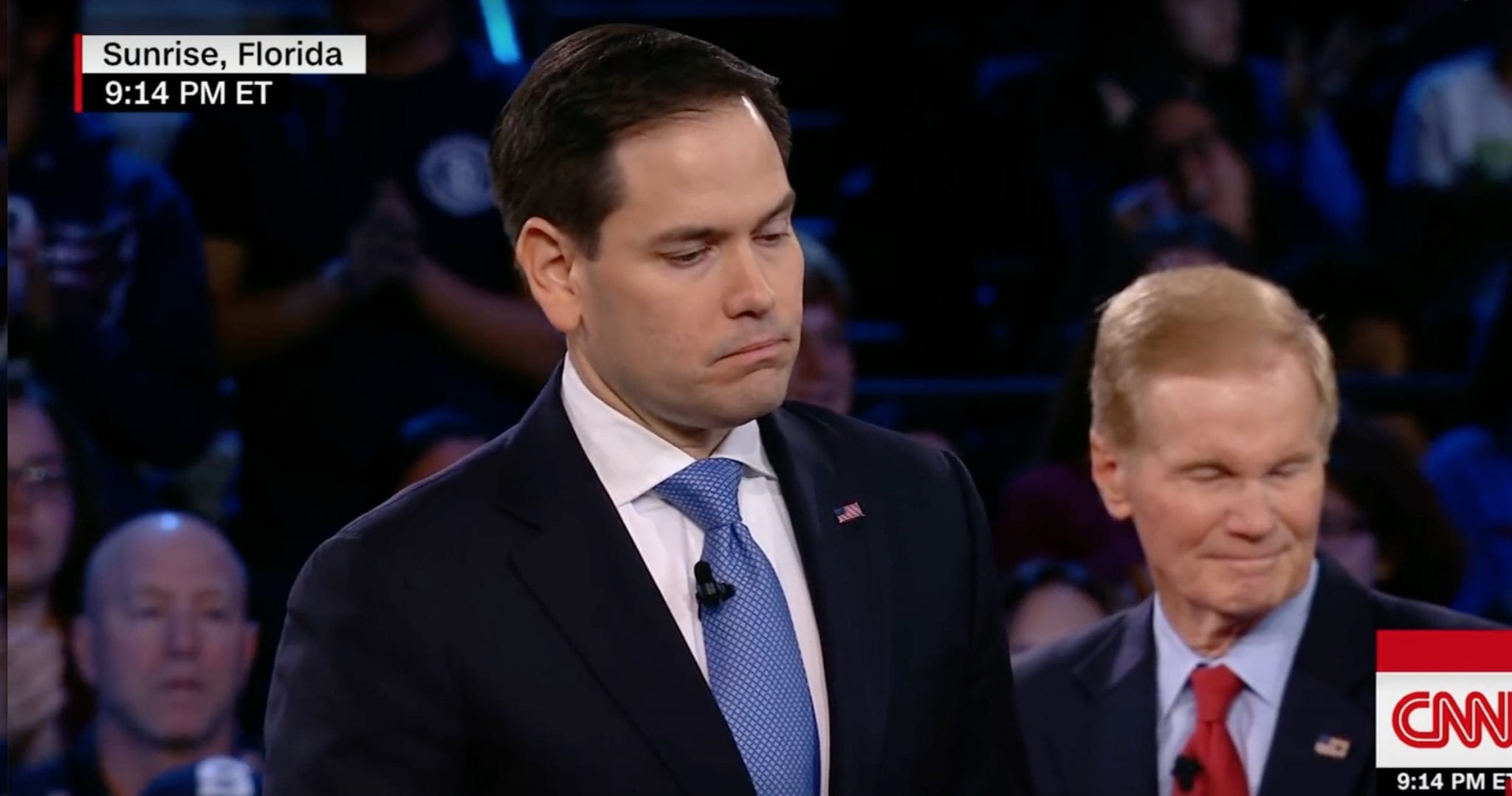 To be a leader is to be an educator, Aristotle taught, appropriately. Lead in thought, lead in government, teach. Which somewhere in there involves clarity of expression.

But what is it about American politicians that they can’t make a strong case for their own positions when called upon?

We are always, not only the toadies amongst us, so surprised when a pol speaks with eloquence that, enchanted, we fail to differentiate between those who are actually saying something — Reagan — and those who are spinning conventional platitudes. Rhetoricians like Mr. David Brooks of the New York Times, the record paper, are so enchanted that they forget, in reporting the fact of presidential eloquence, to back up the statement with, ahem, evidence; so they resort to non sequiturs (Latin for total and complete B.S.) about their man’s trouser creases.

Hey, we are not interested in smart uniforms on parade — the kind of thing that impresses the prez, but that’s neither here nor there — but a political leader’s plans and proposals and what he says about them, eh? Not his damn tailor. How well he gets people to understand what the issue is and why he believes this and such about what can be done to address it. And I say this with all due respect for tailors; my man, Monsieur Ibrahim, a hard working immigrant from a faraway country in Africa, is the most gentle and nicest — but never mind.

What I do not get is why Marco Rubio — a senator — cannot hold his own in conversation, however heated, with teenagers. He was right to go to a town hall meeting on the ghastly massacre at a local high school. He did the right thing. Still, he dropped the ball, fell down, failed utterly: did not teach.

I am not blaming the kids. They did their job. Their job, as kids, as friends to victims of a horrific crime, was to be, in this time and place, intolerant, angry, ignorant, true. They are scared and disgusted. They lost their friends, felt the whisk of death missing them by sheer chance, it is perfectly normal they should Blame Everybody over 30 — over 25, over 21, over 18 — for life being so unfair and rotten and mean and cruel. Marco Rubio, senator, stepped up. But he slipped. Maybe he should not be a senator.

As reported in the press, Sen. Rubio (a Republican) stood his ground against what at one point was verbal harassment by kids, as well as some parents, and this is to his credit. He defended the Second Amendment, refused to kowtow to the false arguments of the gun control nuts, and insisted, however unpersuasively, that guns are not the real issue here.

That is exactly the problem: why is one of the highest public officials in the state of Florida incapable of being persuasive? Is it not his job, his profession, his vocation, to be persuasive? To bring comfort and kindness and compassion, but also to teach? In order, perchance, to bring about thinking, and policies, that might make such tragedies less likely, or if you want, to make it more possible for good to defend itself against evil?

Probably, he could not persuade grief-stricken, terrorized, traumatized teens and their parents. Neither did Socrates persuade those out to get him. He has, however, persuaded those studying him — for millennia. And yes, that is exactly what I am demanding of our solons, that they should, at least for the record if not for town hall moments that sometimes exist to allow grief to be poured out, say something more substantial than “I support the Second Amendment.” My gosh, man, if you did not, why would you be the Republican Senator from Florida?

In other words, Marco Rubio’s responses are, not to be charitable, weak. They are retroactive evidence for the young senator’s failure in the 2016 campaign and, to be mean about it, evidence too of the myopic, inside-the-bubble mind sets of the Republican and conservative never-Trump factions, for if they promoted this pol knowing what a klutz he is, they either did not care or saw in the fact an opportunity for themselves as behind-the-scenes men, gray eminences, sophists.

This is bad. If they did not know, it is worse. Either way, this is not the virtuous, simple, straight shooting republic of yore. But it is also not the point here. The point here is that we need clarity and thoughtfulness in our pols, and especially in those who are, give or take this or that, the right kind of men (and women) we need.

As a public service, we at TAS volunteer to take charge, pro bono, of Senator Rubio’s communications on condition he not run for re-election. At least he will retire with a reputation not entirely ruined by his own blubbering vacuities. On second thought, if at the next election his opposition is even worse, which is likely unless Nick Bollettieri or Pat Riley runs, we may agree to stay on, as a public service. But thenceforth we get paid.

What is wrong with taking kids seriously? When you consider the atrocious situation of our high schools, including the criminal — I use this word deliberately — negligence of safety by administrators, educrats, local officials and even, yes, parents, you have to shake your head and cry. If our kids are at risk, it is because the idiots in the school bureaucracies and the local governments prefer to sign on for millions of dollars in federal interference than demand of the feds — better, do it locally — for the minimum expected of any government, maintain law and order and public safety.

Why are there are there no guards at schools? It would be better if there were education rendering unlikely that anyone would be crazy and depraved enough to burst in with an AR-15 (or a knife). But education is hard work. And given the state of our culture, it requires taking the time to train teachers to be, themselves, educated. To know their subjects, sure, and to know the end of education: human beings and citizens. On the former, they are passable. On the latter, I am not so sure.

The senator thanked CNN for the opportunity to speak to those troubled — and rightly so — kids in prime time. Some in the media are blaming CNN for sandbagging him. Nonsense. It was up to him to field the anger and respond like a leader. Like a senator.

You have to wonder where he went to school.