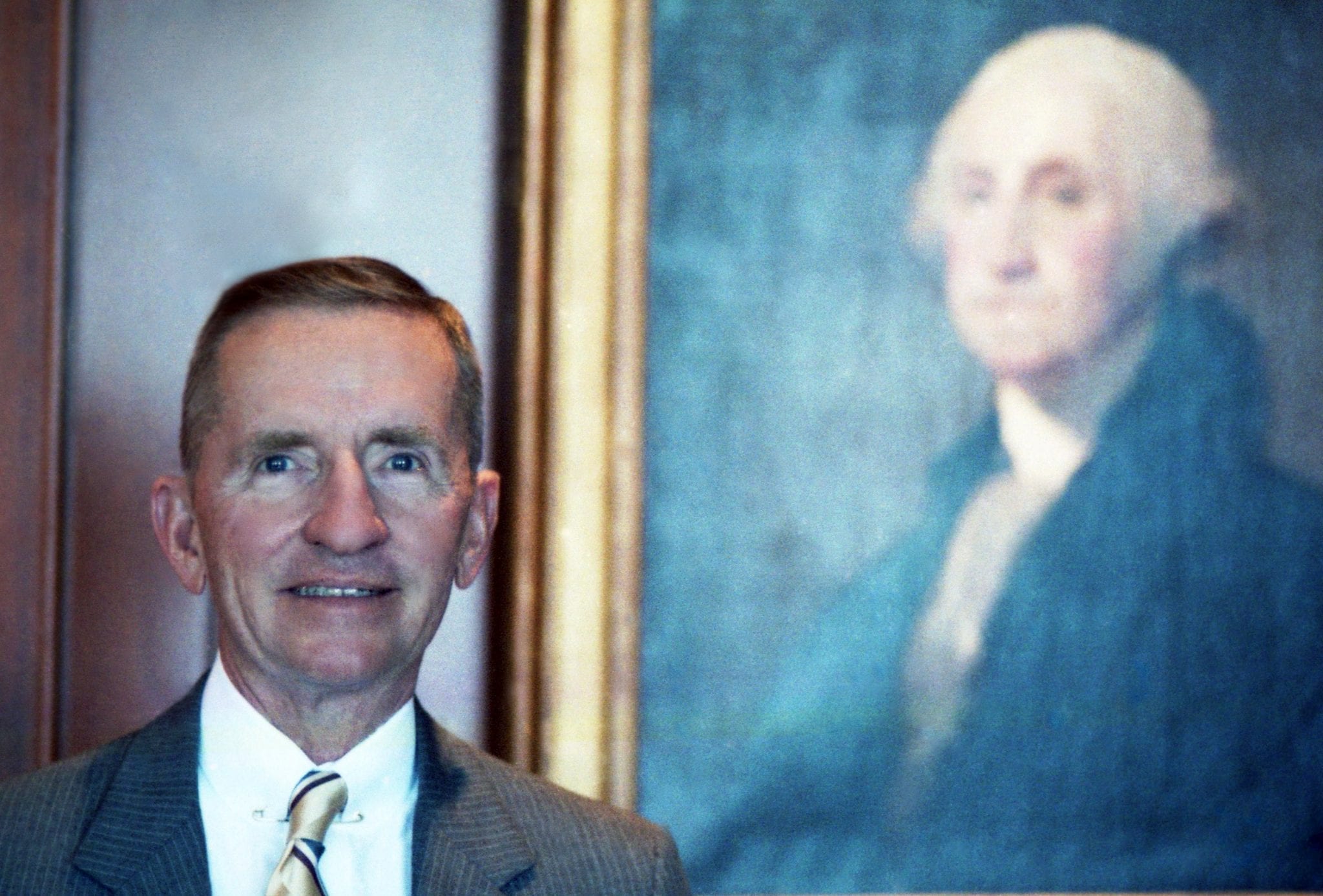 A billionaire businessman and political outsider ran for president against the establishments of both parties. He promised to bring jobs back to the United States, renegotiate trade agreements, and restore the American worker’s voice in government.

No, I am not talking about — in this case — President Donald J. Trump. I am talking about Ross Perot, who passed away July 9 at the age of 89.

Looking back, Ross Perot’s 1992 campaign seems even more improbable than it did back then. Besides the occasional policy or political activity that all persons of wealth and influence find themselves sometimes engaging in, he was a complete novice in politics. He had no campaign infrastructure and faced both a successful incumbent Republican president in George H. W. Bush and a youthful and charismatic middle-of-the-road Democratic contender in Bill Clinton.

Yet his message resonated with millions of Americans. His war against the then-proposed NAFTA spoke to citizens in middle America who were left confused, hurt, and hopeless as their factories began shuttering and manufacturing jobs started to flee to parts unknown.

Perot wanted to balance the federal budget, fight special interests, give a voice to frustrated Americans, and shake up Washington, as he described in his aptly-named book United We Stand: How We Can Take Back Our Country, published in August 1992. His call for electronic town halls, years before the invention of social media, inspired citizens to think about how they could participate directly in shaping national public policy in a country as large as the United States.

As Charles Krauthammer prophetically said in July 1992: “Perot represents no party. He does not even pretend to. Perot is a one-man-band … the Perot phenomenon signifies something larger, deeper[:] … the growing obsolescence of the great institutions. … [T]echnology makes it possible to bypass them.”

Yet popular support wasn’t enough. He faced the daunting legal task of — without a party — navigating the independent ballot access laws of over 50 states. Yet despite immeasurable hurdles — and fierce resistance from both the Democratic and Republican parties — Perot became an option in every single state.

Even the establishment began wavering. He hired as bipartisan co-campaign managers Hamilton Jordan, who had managed President Jimmy Carter’s successful 1976 campaign and served as his White House Chief of Staff, and Ed Rollins, who had managed President Ronald Reagan’s successful 1984 campaign and served in the White House under him.

Perot’s campaign eventually floundered due to a series of gaffes from July 1992 onwards. He dropped out of the race on July 16 only to re-enter on October 1, and his campaign meandered in an uncertain direction as staff cycled through and priorities and emphasis were left unclear and uncertain. Yet despite these mistakes, which would be unthinkable in a major party campaign otherwise, he won over 18.9 percent of the popular vote in an election that saw voter turnout soar to reverse a decades-long decline.

While Perot would try again in 1996, it was clear his moment had passed. He still achieved the highest non-major party vote essentially since our country’s founding, the exception being when a former “Bull Moose” president of unique character and personality tried in 1912. Movements have a spark and momentum. While it is unclear if he could have truly won in 1992, his impact on American history was nonetheless clear and lasting.

As former Texas Gov. Rick Perry recently wrote, Perot continued to look out for struggling and forgotten Americans long after his campaign. That demonstrates how Perot — a Navy officer veteran and IBM salesperson who rose to billionaire status — never forgot the people he grew up with in East Texas.

His spirit was fundamentally American: he believed that no matter our wealth, power, or fame, we should still look out for and care for others. He embodied that civic duty and lived out it out in a way few did or could as he strove to fight for those of his fellow countrymen he believed were being left behind.

Rest in peace, Ross. America will always remember you.

Erich Reimer is a Captain in the United States Army. He previously served as a government affairs lawyer and media commentator. Views expressed are his own and not those of the Department of Defense.