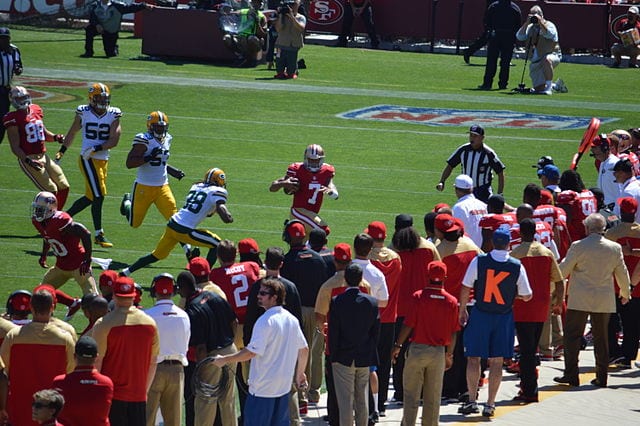 Certainly by now you have all heard about Roseanne Barr’s abhorrent tweets and her subsequent firing by ABC/Disney. Disney Chairman, Bob Iger has always emphasized the value of its family friendly brand and, as reported in the WSJ, “when talent with whom Disney works threatens to undermine its image, it has moved fast.” She is out and good for Disney for doing so. Iger’s decision has been universally applauded. I wholeheartedly agree.

But, hang on a moment, what’s missing here? Where are the Kaepernick free speech, First Amendment crowd? Why aren’t they carrying signs supporting Barr at Disney headquarters? After all, Barr didn’t tweet in character from the set of her show yet Kaepernick’s protest was in uniform, on the field and in front of millions of viewers? Well, my friends on the left, if you believe that the NFL is denying players their First Amendment right of free speech, why aren’t you defending Roseanne? After all, her racist rant took place on her own time, not Disney’s, from her own home, or bat cave, not the Roseanne set. Colin and his pal’s protests were on company time and on company property. Check most college campuses and you will see that the left seems to reserve free speech for themselves and denies it to opposing points of view.

Now, let’s get to the real point here. Neither Roseanne’s racist tweets nor Colin’s on field protests are protected by the First Amendment. The First Amendment protects our speech from restrictions by our GOVERNMENT. It does not speak to free speech in the workplace on the campus or elsewhere. Try telling your parents to go to hell and defending yourself with the First Amendment. Good luck there. Similarly, you have no right to spout your political or social views without potential consequence from your employer.

Regardless of your sympathy for the issues highlighted by Kaepernick or your repulsion by the tweets of Roseanne, both the NFL and Disney had the right (and stockholders might say the duty) to initiate sanctions.

In their wisdom, the Founders, in the First Amendment, protected your speech form legislatures, bureaucrats, and tyrants. They did not have Bob Iger or Jerry Jones in mind…