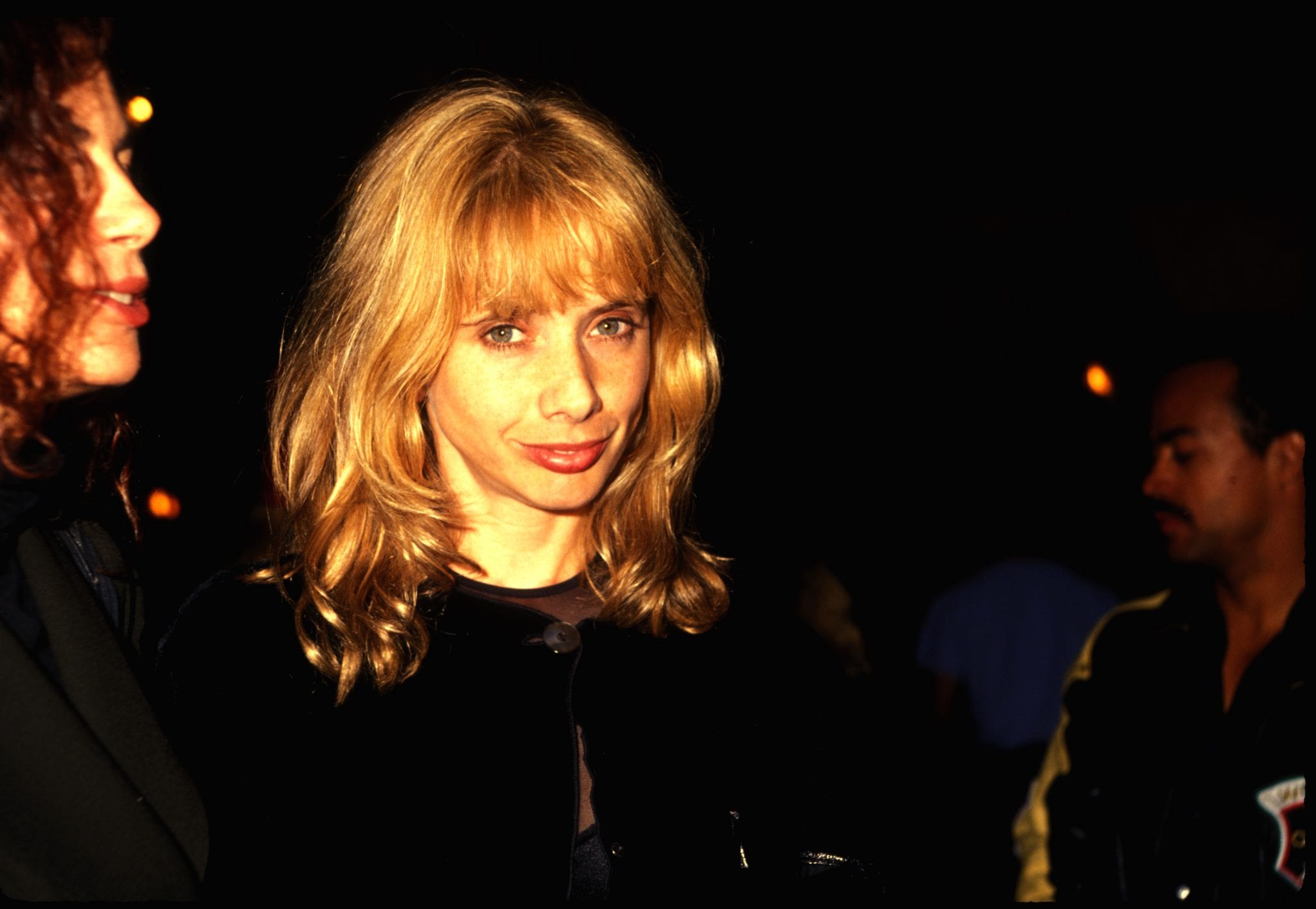 Rosanna Arquette is an actress best known for playing the lead in Desperately Seeking Susan, a 1985 film in which Madonna played Susan, a young woman enjoying a riotous bohemian life. Madonna has since “stayed in character,” earning a fortune as an icon of iconoclasm. Indeed, as the decades have passed, she has been “desperately seeking” to remain “Susan,” frantically striving to stay fashionably transgressive, like a spider scrabbling to avoid being washed down a drain. It’s hard to do. Mocking Catholicism while jumping around in a leather corset and whipping chorus boys wearing fishnet stockings has become rather tame fare. Being sleazy isn’t as easy as it used to be. That leaves radical politics for entertainers who seek to remain in the public eye. As a side benefit, it helps them appear more significant than the songs they sing or the roles they perform. Perhaps that’s why Madonna joined in the Women’s March in January 2017. The march protested the election of President Donald Trump and featured headwear based upon a comment he made in private that was so offensive to progressive women that they decided to name a hat after it and wear it on their heads. At the event, Madonna delivered an F-bomb-riddled rant that included her desire to “blow up” the White House. Perhaps for similar virtue-signaling motives, Arquette also participated in the march. She drew far less attention. Her social justice warrior efforts couldn’t match her former co-star’s — until recently, when, in a tweet, she declared, “I’m sorry I was born white and privileged. It disgusts me. And I feel so much shame.”

Arquette has appeared in many film roles, but without achieving Madonna-level superstardom. She’s been limited to living the simple life of a wealthy Hollywood actress from a successful showbiz family. She’s dated rock stars who wrote hit songs about her. She’s had four husbands — a film director, a film composer, a restaurateur, and an investment banker — with not a blue collar in the bunch. She has walked miles of red carpet. Despite this distance from the hoi polloi, she feels intense compassion for all of the world’s little people and likes to tell everyone about it with her smuggery now topped off by her tweet about her self-disgust.

“Disgust” is an expression of hatred. Are we supposed to agree with Arquette and look at her with hatred? I don’t think she wants that. Shortly after posting her remark, Arquette posted another informing the world that she was closing her Twitter account to outsiders because she was getting hateful comments. There’s some puzzling logic here. She hates herself for her white privilege. The nasty posters hate her, too. But it’s the wrong kind of hate. They’re supposed to hate privileged whites like her, but not hate her specifically, because she’s enlightened enough to hate herself. By hating herself, she gives herself a “GET OUT OF HATE JAIL FREE CARD” while retaining her hate for less-woke folks who don’t hate themselves. The hateful commenters should be ashamed for hating her for hateful reasons instead of hating themselves for the enlightened reasons that motivate her self-hatred, which should make them admire her. It’s just so unfair. There’s a lesson here: Stir up a nasty big kettle of hate, and some of the hate is certain to slop out all over the floor and burn your toes.

There is a solution for Arquette. Remember Rachel Dolezal? She was an African American woman who was president of the Spokane chapter of the NAACP, chairman for that city’s Office of the Police Ombudsman, and a teacher of African Studies at Eastern Washington University. She told a student reporter for the school that she’d been born in a teepee in Montana with “Jesus Christ” listed as witness on her birth certificate. In the wilds there, her family had hunted for food with bows and arrows. They eventually moved to South Africa, where her white mother and white stepfather had beat her with a “baboon whip,” a fearsome implement she said was used to ward off baboons and was similar to one used to whip slaves. Her real father, she said, was a black man with whom her mother had had an affair. Dolezal had gone on to study art, but a mentor had drugged and raped her, causing her to never trust anyone to bring her a drink. Racists, threatened by her female power, followed her from place to place tormenting her. She claimed everyone who had said they loved her had betrayed her. Unfortunately, this bio of a minority woman persevering through adversity fell apart.

Dolezal lost the NAACP and police positions, as well as her job at EWU, after her parents revealed she was white, with German, Czech, and Swedish roots. They denied her claims of abuse and that her father wasn’t her real dad. They even provided the media with a childhood photo of Dolezal showing her to be a white girl with blond hair. To appear black, Dolezal had darkened her skin and frizzed her hair, which she had also darkened. When exposed, she fell back on arguments that twisted racial identity jargon into exculpatory hooey.

To reduce her shame, Arquette could do a “Dolezal.” Blackface is too offensive to get away with for anyone not Ralph Northam, the Democrat governor of Virginia, but the actress might be able to find some ethnic community, perhaps in one of the obscure, former Soviet satellite states, who might give her honorary status and allow her to appropriate their culture out of pity for her distressing shame. Unlike Dolezal, Arquette wouldn’t then need to be furtive. She could proclaim her plans and invite the media to watch as Hollywood cosmeticians altered her appearance to whatever was required. She could then live in circumstances that would match her stereotypical understanding of her new ethnicity. I suspect her notion of their lives would surprise them, but her efforts would signal heaps of virtue to all the other virtue signalers in Social Justiceland. Arquette would still have the shame of having lived a life of white privilege up to the time of her racial transformation, but, hey, no solution is perfect.