Another Perspective 2024 Presidential Election,DeSantis,Glenn Youngkin,Gov. Ron DeSantis,Reagan Who Is the Next Ronald Reagan? - The American Spectator | USA News and Politics
Menu
Another Perspective
Who Is the Next Ronald Reagan?
In politics, words matter.
by E. Donald Elliott
Florida Gov. Ron DeSantis at a rally in Phoenix, Arizona, Aug. 14, 2022 (Gage Skidmore/Flickr) 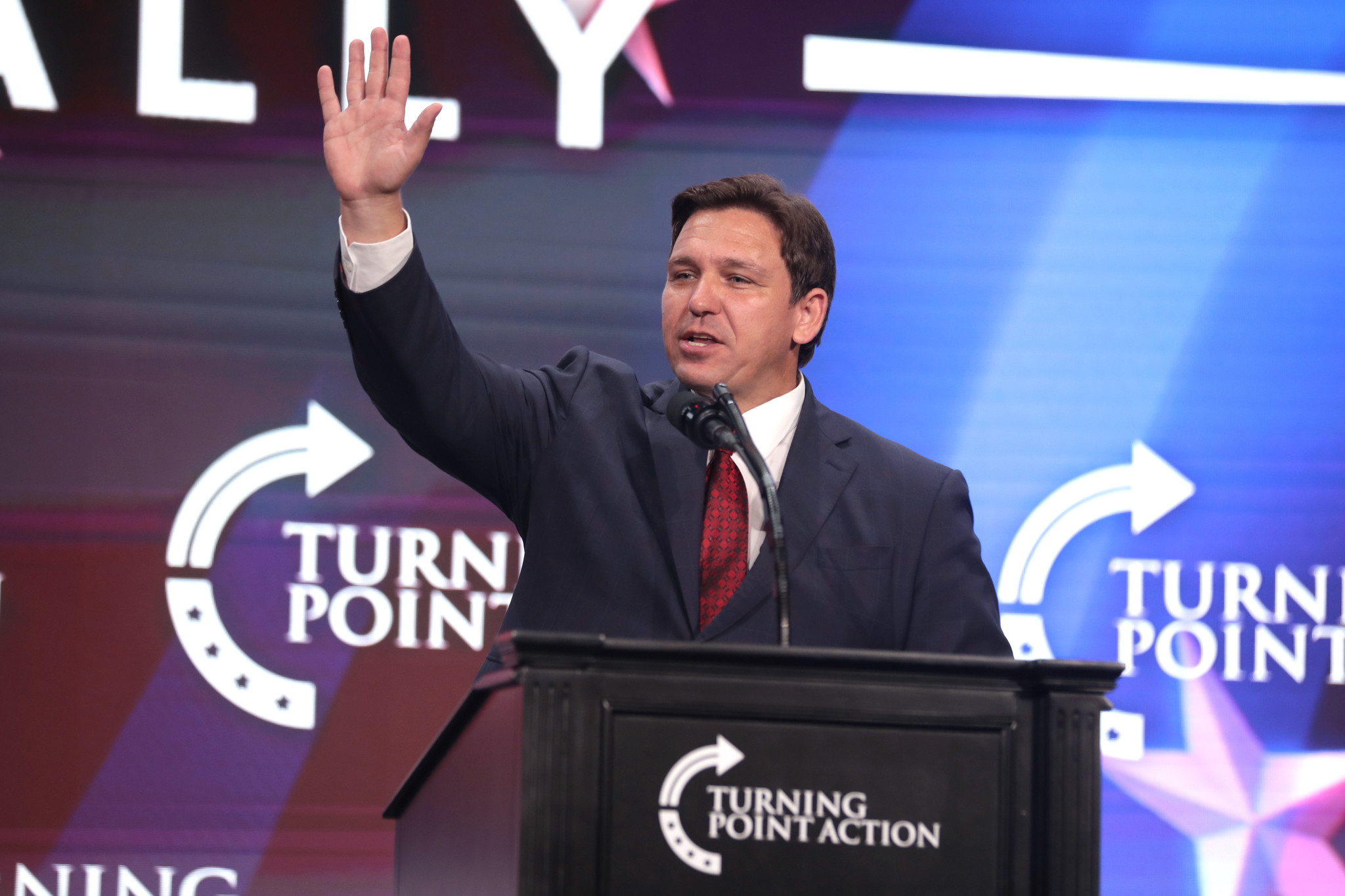 In a previous article for The American Spectator reflecting on the underperformance by Republicans in the 2022 midterm elections, I concluded that the Republicans — and the country — need a reincarnated Ronald Reagan who can tell the American people that “The nine most terrifying words in the English language are: I’m from the Government, and I’m here to help.”

As we assess the potential Republican candidates for president in 2024, I thought it might be useful to reflect on which among them most closely approximates the Reagan ideal.

First, let’s try to figure out why that line quoted from Reagan above was so powerful.

One, it was simple, like “Mr. Gorbachev, Tear down this wall!”

Two, it was not pompous but genial and humorous.

Finally, it resonated with everyone’s own personal experience so they felt in their heart of hearts that it was true.

Do any of the likely GOP presidential candidates possess the ability to encapsulate complex issues in a memorable turn of phrase?

Memorable lines like that are sometimes found in poetry or songs. They capture in words experiences that we recognize. Literary critics call this feature of the best poetry “compression.” Reagan was not unique in having that talent. Churchill had it, and to a lesser extent, so did JFK (or his speechwriter).

On the other hand, one-liners oversimplify complex issues. When we moved to Washington so I could serve in government, my then-wife Mary Ellen said, “Donald, the people down here think in bumper stickers.” She had the talent too.

Do any of the likely GOP presidential candidates possess the ability to encapsulate complex issues in a memorable turn of phrase?

Perhaps Donald J. Trump comes closest. He is an accomplished phrase-maker, for sure, and has given us simple lines that speak volumes, such as “fake news,” “crooked Hillary,” and “build the Wall.” But in my opinion, he is disqualified by his role in the events of Jan. 6. I say that in sadness, because he embraced many ideas with which I agree. Who knows whether he really believed them or not, but perhaps sincerity doesn’t matter that much in a politician.

Like most characters who are larger than life, Trump has a tragic flaw — his ego. Jan. 6 showed that he is willing to put his personal hurt feelings above the welfare of his country. In my opinion, that is disqualifying in a president. He has become such a divisive figure, even among Republicans, that nominating him would tear the country apart.

That brings us to Ron DeSantis. Trump called him Ron DeSanctimonious, a few days prior to balloting in the 2022 election in which DeSantis was running for reelection as governor of Florida. The timing of Trump’s gibe confirms his tendency to put his own ego above all else. I think a better nickname for Ron DeSantis would be Ron DeSanity. He offers a saner version of Trump’s policies.

I’d like to learn more about DeSantis, but he seems promising. He might work out just fine, but so far I can’t think of a single memorable line he has uttered. There must be some or he would not have been the first Republican gubernatorial candidate in 20 years to carry Miami-Dade County, a Democrat stronghold.

But a Google search for “the wit and wisdom of Ron DeSantis” came up empty. It did reveal, however, a paperback book collecting “the best quotes from this inspirational leader,” but it is out of stock, which is not a good sign.

Another Google search for “Ron DeSantis’s memorable quotes” came up with these “brainy quotes”:

Ho hum. Not exactly the stuff of poetry. Plus calling them “brainy quotes” might be false advertising. The last one has potential, and the third one sounds like Yogi Berra.

DeSantis did, however, come up with one very good line recently in his victory speech: “Florida is where woke goes to die.” Keep working on it, Ron; you might just get there with the right advisers. (OK, I am volunteering.)

How about Virginia Gov. Glenn Youngkin? He is more promising as a phrase-maker. Here is a sampling:

Many, but not all of them, are about the role of parents in educating their children. So far Youngkin is a one-issue candidate, but stay tuned. He might just rise to the occasion on the national level.

That brings us to the hands-down winner of the competition to be the next Ronald Reagan: Sen. John Kennedy of Louisiana. He just won reelection to the Senate with over 60 percent of the vote. As far as I know, he is not running for president, but by my lights he should be. The list of his memorable lines on brainyquote.com is too long to include in full. Here are but a few samples of his wit and wisdom for your reading pleasure:

The man does have a talent for words. That is, after all, the way that politicians lead.

Plus a lot of low-information voters might vote for him because of his name.

Image: This file is licensed under Attribution-ShareAlike 2.0 Generic (CC BY-SA 2.0).