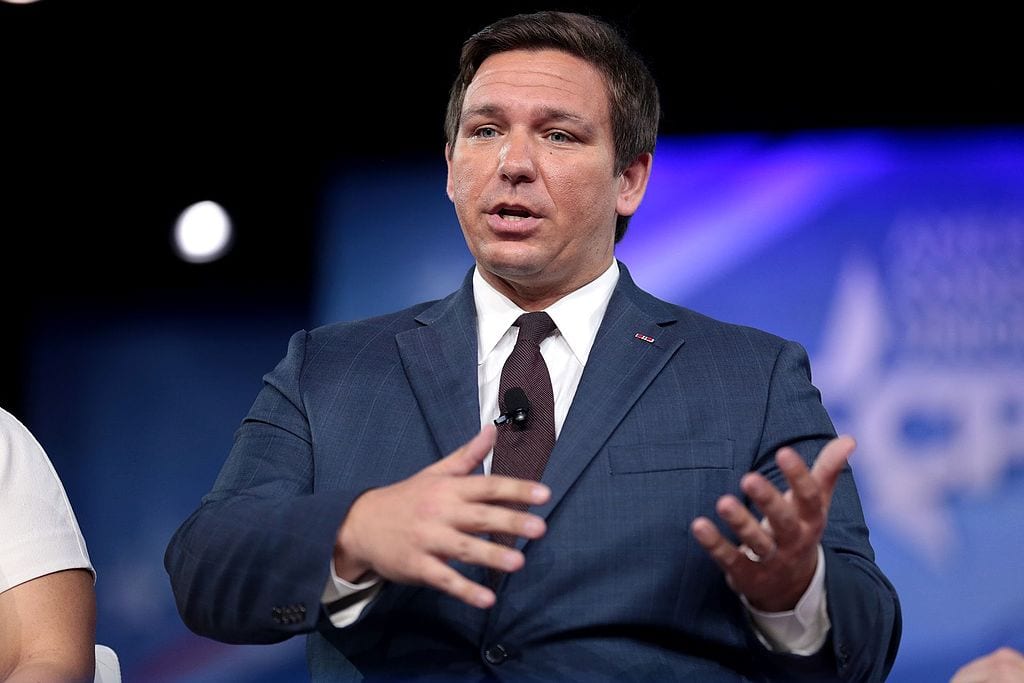 The other day I told my two toddlers to “quit monkeying around!” According to MSNBC, that makes me a racist because that’s precisely what they said about Florida Republican gubernatorial candidate, Ron DeSantis, when he told Fox News that Florida voters shouldn’t “monkey up” the state by electing a democratic socialist, the first African-American gubernatorial candidate in the state’s history, Tallahassee Mayor Andrew Gillum. You see, in American politics, using colloquialisms is verboten if one is a Republican facing off against an African-American Democrat. They say racism hasn’t died in the United States. If that is true, it is certainly because the #FakeNews media won’t let it die.

DeSantis complimented the young mayor of Tallahassee, Gillum, by stating:

[Gillum] is much too Liberal for Florida, I think he’s got huge problems with how he governed Tallahassee, he is an articulate spokesman for those Far Left views. And, he’s a very charismatic candidate. And I watched those [Democratic primary] debates — none of that was my cup of tea — but I mean he performed better than the other people there. So, we’ve got to work hard to make sure we continue to keep Florida going in a good direction. Let’s build off the success we’ve had on Governor [Rick] Scott.

The real kicker, though, came with DeSantis’s closing remark in his Fox News interview (which everyone jumped on immediately after it was broadcast, and the echo chamber has not stopped since):

Within an hour of those closing words, panelists on MSNBC’s Ali & Velshi show were demanding that DeSantis apologize for the remarks, that President Trump disavow his support of DeSantis, and that Rep. DeSantis terminate his bid for the Florida governorship. Yet, in its proper context, DeSantis’s comments were entirely innocuous and well-meaning.

Naturally, the congressman’s buttoned-up press people responded as any Republican who is charged with racism usually responds: they tried to defend the comments by saying that the congressman “uses [monkey up] all of the time.” They then pivoted and argued that, he was not referring to Andrew Gillum’s race at all (which, DeSantis, clearly was not). It was needlessly defensive.

The proper response from Rep. DeSantis and his team should have been as pithy as Gillum’s reply to DeSantis’ remarks. When he heard of DeSantis’ remarks on Fox, Gillum responded, “Bless his heart.” For the uninitiated, that’s Florida Cracker for, “F**k you” (please note: I was raised in Florida. I speak the language). DeSantis and his team should have simply reminded the public that he was complimenting Andrew Gillum and that it was the #FakeNews media that turned those innocuous comments into a race-baiting scandal.

Fact is, while Florida has become a purple state over the last decade in national elections, the state government of Florida is almost entirely dominated by the Republican Party. Most voters in the state vote Republican. Florida went overwhelmingly for Donald Trump in the 2016 presidential election. And, while the demographics of my home state are certainly shifting, the impact of those shifts have yet to be felt — and likely will not be felt in 2018. Ron DeSantis is correct in everything he said: Andrew Gillum, like Barack Obama, is a charismatic, young, African-American Democratic leader — with strong local ties. He should not be underestimated.

However, just as DeSantis said, a Gillum governorship of Florida would be an unmitigated disaster for a state which is already being rocked by problems. From toxic algae blooms in my hometown of Fort Myers, to a ridiculous attempt to repeal the stand your ground laws, Florida’s future hangs in the balance in 2018. Judging from Gillum’s record as the mayor of the state capital of Tallahassee, there can be no doubt that his leadership will take my home state in precisely the wrong direction at such a critical time.

What’s more, it is clear that, rather than argue the issues, the Democrats recognize the electoral deficit they are facing in the Florida gubernatorial race in 2018 and have resolved to cry “racism” at every moment (in order to garner more media attention). Rather than button his lips and hide (as so many Republican candidates in the past would have done), DeSantis should double down, continue exposing the desperation of his Democratic opponents, and push on to victory.