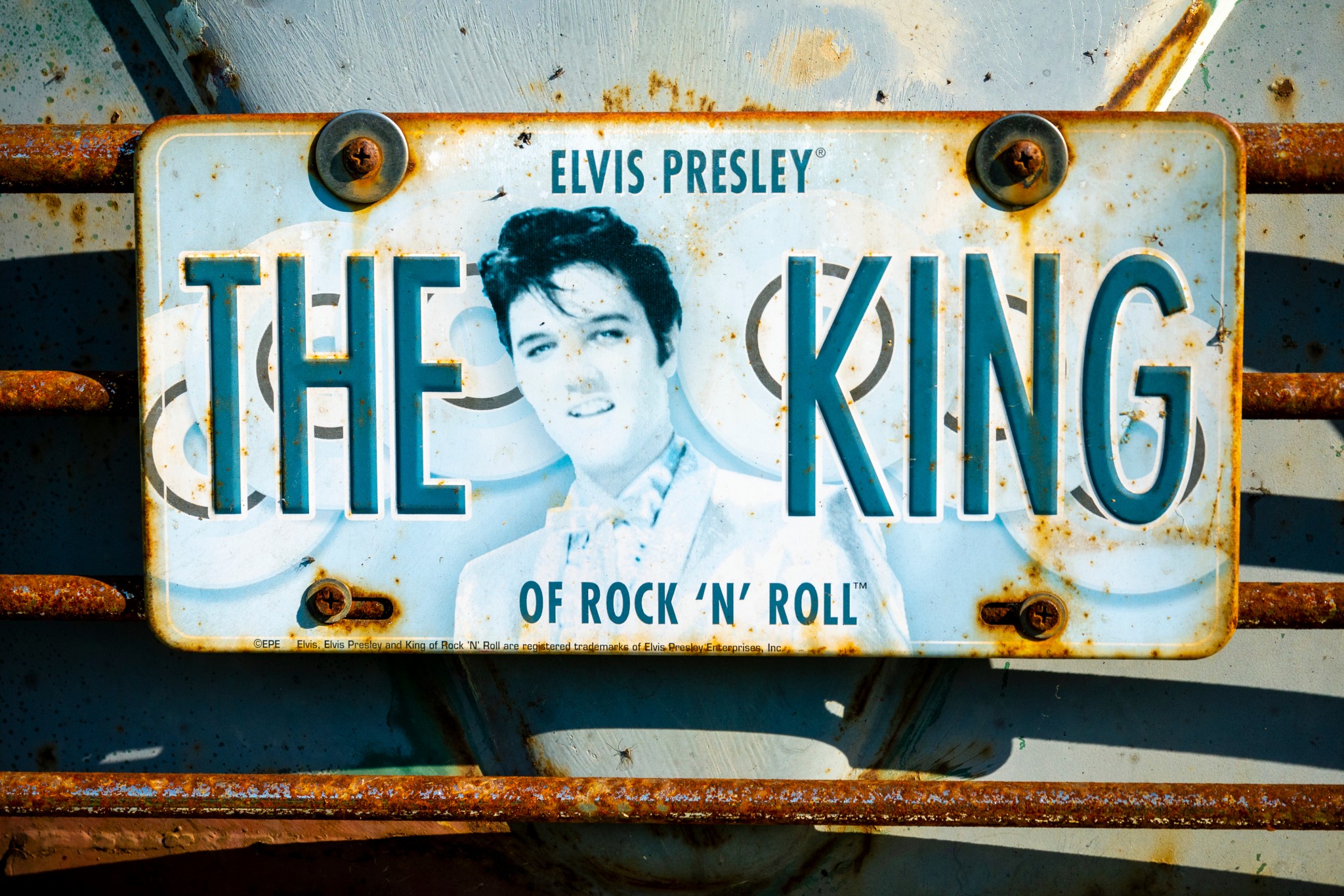 Rolling Stone, formerly a rock ’n’ roll magazine, advertised the corruption of mission by becoming a propaganda organ for the diversity cult in the latest iteration of the “500 Greatest Songs of All Time.”

“Elvis was a hero to most,” history’s alleged second-best song explains. “But he never meant $#!+ to me/ Straight out racist — that sucker was simple and plain/Motherf— him and John Wayne.”

The tastemakers internalized the sentiment.

The King’s supposed best song, “Suspicious Minds,” ranks at #70 — one behind Taylor Swift’s “It’s All Too Well” — according to the magazine. Since the first time (2004) Rolling Stone published a top 500, Public Enemy’s anti-Elvis “Fight the Power,” a song released in 1989, strangely jumped from #330 to #2 while Presley, whose “Heartbreak Hotel” (was #45, now #347) and “Hound Dog” (was #19, now unranked and displaced by Big Mama Thornton’s version, which enters at #318), disappears from the 2021 top 50 entirely. Aside from “Suspicious Minds” and “Heartbreak Hotel,” Presley contributes just one more number to the entire collection — “Jailhouse Rock” at #216 — for a total of three songs, the same as Missy Elliot.

The preference expands to sex as well as race. Robyn’s “Dancing on My Own,” probably one of the 20 best songs of 2010, bizarrely commands the #20 spot. A catchy, listenable number, “Dancing on My Own” suffers as a pop song (and this usually proves fatal in that genre) in its lack of instant popularity: it failed to make the Billboard Hot 100 upon its release. Billboard chart-topper “Dreams,” a sonic soporific reborn through Nathan Apocada’s 2020 TikTok, leapfrogged far better Fleetwood Mac songs to go from unlisted to #9. X-Ray Spex’s “Oh Bondage Up Yours!,” which surely makes a normal person’s 5,000,000 greatest, charts here at #120.

When race combines with politics, mediocre songs suddenly become among the best ever recorded, e.g., Steel Pulse’s “Ku Klux Klan” (#460), Gil Scott-Heron’s “The Revolution Will Not Be Televised” (#258), and NWA “F— tha Police” (#190). In this same way, politics inflates the reputations of some really terrific songs into all-time, greatest-ever untouchables: Marvin Gaye’s “What’s Going On” (#6), Sam Cooke’s “A Change Is Gonna Come” (#3), and Aretha Franklin’s “Respect” (#1). Okay, well maybe “A Change Is Gonna Come” really is that amazing. But readers sense, after digesting the songs that lead up to it, that the grading committee cared little about that and much about its obligatory placement in PBS documentaries about the civil-rights movement.

The sins of omission strike as more egregious.

The Lovin’ Spoonful’s “Do You Believe in Magic,” The Four Seasons’s “December 1963 (Oh, What a Night), The Buggles’s “Video Killed the Radio Star,” Roy Orbison’s “Oh, Pretty Woman,” The Spencer Davis Group’s “Gimme Some Lovin,” Del Shannon’s “Runaway,” and The Kinks’s “Better Things” all sonically make the case for the perfect pop song. They all missed the list. So did The Smashing Pumpkins, Dire Straits, Ryan Adams, The Moody Blues, Jim Croce, and Kings of Leon. So did everything released by Paul McCartney in his post-Beatles career.

The most influential musician upon the list does not appear on it. George Floyd, an aspiring rapper before a victim of police brutality, ensures that representation and equity rather than talent and soul take center stage. The magazine admits as much in its introduction dubbing the rankings “a more expansive, inclusive vision of pop, music that keeps rewriting its history with every beat.” Alas, every effort toward inclusion on a finite catalog also excludes.

Ostensibly chronicling the best, enduring music of the past, the Rolling Stone list advertises the worst trends of the present. The committee judges primarily not on the aesthetic quality of the songs but through the distorted lens of their political commitments to race and sex and sexual orientation and other criteria external to music. Like so much else, the honor roll does not honor the accomplishments of others but instead shouts the superior morality of the compilers. They let their ideology, not their ears, select the songs.

Rather than canonical counts ending a debate, such compilations usually aim to start one. But a pantheon that includes Harry Styles’s “Sign of the Times” (#428) and Ariana Grande’s “Thank U, Next” (#137) as two of the best songs ever recorded starts us laughing, not an argument.

Not in its Tiger Beat-ish cover of Dzhokhar Tsarnaev, “What makes you such a hot lover?” question to Charles Manson, or its “Rape on Campus” hoax did Rolling Stone primarily discredit itself. It marginalizes itself by Van-Goghing its critical ear and instead attempting to act as an echo to its target audience by telling it that the sonic pollution that it imagines as great truly does amount to the greatest of all time. Readers, after all, encounter Rolling Stone first as a music magazine, so its disgrace comes in its approach toward music, an approach that makes the sound secondary.

Most of the songs possess value and escape the sonic pollution classification. And thumbs up for tabbing “Divorce Song” (#308) of all the Liz Phair numbers and elevating Yeah Yeah Yeahs “Maps” (#101) to such a lofty spot. Ultimately, what lasts should constitute such rankings. So little lasts on this list.

Like the post-George Floyd statue murderers, re-namers of sports, syrup, and rice brands, and erasers of pop culture that sympathetically depicts Southerners, this aural inventory reserves its ugliest bigotry — as we all do — for the past. All of the best popular music ever composed allegedly happened in the lifetimes of some reader of Rolling Stone (and, just as strangely, almost all of the songs contain lyrics sung in English). If someone composed it before Thomas Edison recorded “Mary Had a Little Lamb,” as Stephen Foster did with “Old Folks at Home,” nobody objects to its exclusion. And if someone recorded it on one of Thomas Edison’s cylinders, as the Peerless Quartet did with “Let Me Call You Sweetheart,” the idea of it appearing on such a list comes across as laughable.

This, on one level, makes the “500 Greatest Songs of All Time” laughable. Rolling Stone uses “all time” the way Major League Baseball uses “World Series,” i.e., as an ostensibly expansive term shielding the parochialism underneath. An ideological motivation nudges toward this bias that omits all music prior to 1937. More so does a commercial one. Editors order songs numerically to sell magazines. They know that readers do not keep them on shelves but place them in recycling bins. So, on this other level, one grasps the favoritism toward the disposable music that magazine buyers favor and the banishment of the music that ghosts favor.

The farce here involves critics chasing the tastes of readers and the politics of the times. Unlike “Can’t Help Falling in Love,” this compilation does not age well.