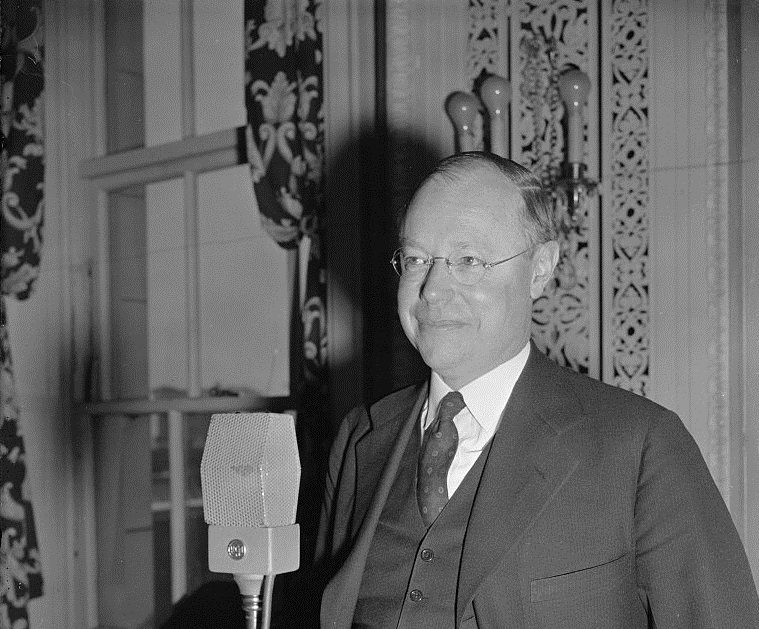 Taft called himself a conservative, by which he meant someone “who knows and appreciates the importance of stability.” Echoing the 18th–century British parliamentarian Edmund Burke, he explained that “while I am willing and ready to consider changes, I want to be darned sure — darned sure — that they are really better than what we have.”

From Taft came the argument for courting the Forgotten American, the Silent Majority, the Moral Majority, the Tea Party, and Midwest populists.

He was a federalist who insisted that the role of the federal government be limited to that of “a keeper of the peace, a referee of controversies, and an adjustor of abuses; not as a regulator of the people, or their business and personal activities.” The guiding principle of a legislator should be whether a policy “increases or decreases the liberty of our people.”

He looked to the Constitution as his North Star and agreed with the Declaration of Independence that all men are created equal. He supported an “equality of opportunity” whereby all men and women can rise from poverty and obscurity (as his grandfather Alphonso did) according to their ability and ambition. He was a consistent supporter of civil rights, supporting anti-lynching laws and desegregation of the armed forces, opposing the KKK and state poll taxes. He approved the Supreme Court’s decision requiring states to furnish equal education to citizens of all classes.

Taft insisted that any proposal for federal action must be judged by its effect on the liberty of the individual, the community, industry, and labor. “Such liberty,” he said, “cannot be sacrificed to any theoretical improvement from government control or government spending.” But he was not a radical libertarian; he accepted a limited welfare role for government. He sponsored modest federal aid to education, health, and housing with the condition that the administration of the programs be placed in the hands of state and local authorities, not the federal government.

In the political summer of 1948, every poll reported that if President Harry Truman sought reelection, he would be defeated. The polls were very wrong. In the most unexpected outcome in modern presidential politics, Truman beat New York Gov. Thomas Dewey by more than two million popular votes and by 305 to 189 in the Electoral College.

Conservatives hoped that the party had learned a crucial lesson: Do not nominate someone who waffles on the issues. Taft argued that the Republican Party could not survive unless it turned away from “the Deweys and the Eastern internationalists in general.” He was certain that “millions of his kind of Republican had not been voting for years in presidential elections” because the candidates were always Tweedledum and Tweedledee. Here was the argument for courting the Forgotten American, the Silent Majority, the Moral Majority, the Tea Party, and Midwest populists that would be advanced by Barry Goldwater, Ronald Reagan, Newt Gingrich, and Donald Trump in the decades ahead.

Going into the 1952 national convention, Taft was the almost certain nominee with over 500 delegates pledged to him, with 604 needed to nominate. But he faced an immensely popular opponent — Dwight D. Eisenhower, who had led the Allies to victory in World War II. The delegates appreciated all that Sen. Taft, “Mr. Republican,” had done for the party, but every poll showed Eisenhower easily defeating any Democrat by a wide margin. Republicans loved Bob Taft, but they loved victory more. Ike was nominated on the first ballot.

With Taft’s all-out help and a united Republican party, Ike defeated liberal Democrat Adlai Stevenson easily, gaining 55.4 percent of the popular vote and sweeping the Electoral College by 442-89. His long coattails helped produce Republican majorities in both houses of Congress. For the first time since 1930, Republicans controlled both the executive and legislative branches of government. It seemed that a moderate president and a conservative senator would forge a unique alliance for the good of their party and the country. Tragically, in just six short months, Robert Taft, the requisite link between the White House and Capitol Hill, was dead of cancer.

But his principled approach to politics lives on. It’s preserved, for example, in John F. Kennedy’s best-selling work, Profiles in Courage, his popular study of eight consequential senators in American history, which is required reading in many high school history classes. Taft and his principles are the subject of an excellent study by the conservative historians Russell Kirk and James McClellan, who discuss his most significant accomplishments.

Taft revived the GOP during the postwar period and restored an opposition when parliamentary government had fallen into decay throughout much of the world. He stood for liberty under law — “the liberties of all classes of citizens, in all circumstances.” He contended for “a humane economy,” in which the benefits of American industry would be extended to every citizen. He helped restore the balance between management and labor with the Taft–Hartley Act.

In a Senate eulogy delivered after Taft’s passing, Kennedy nominated Taft for Man of the Year, remarking that like Churchill, his character and personality were so powerful that his influence would “continue to endure after death.” In Profiles in Courage, Kennedy praised Taft for his succinct definition of liberty: “When I say liberty, I mean liberty of the individual to think his own thoughts and live his own life.”

That was the creed by which Sen. Taft lived, Kennedy said. More than that, Robert Taft sought to provide an atmosphere in America “in which others could do likewise.” Given the toxic atmosphere that now pervades our politics and our culture, the need for another Bob Taft grows more urgent with every passing day.

Lee Edwards, Ph.D., is the Distinguished Fellow in Conservative Thought in the B. Kenneth Simon Center for Principles and Politics at The Heritage Foundation (heritage.org). His many books include biographies of Ronald Reagan, Barry Goldwater, and William F. Buckley, Jr.