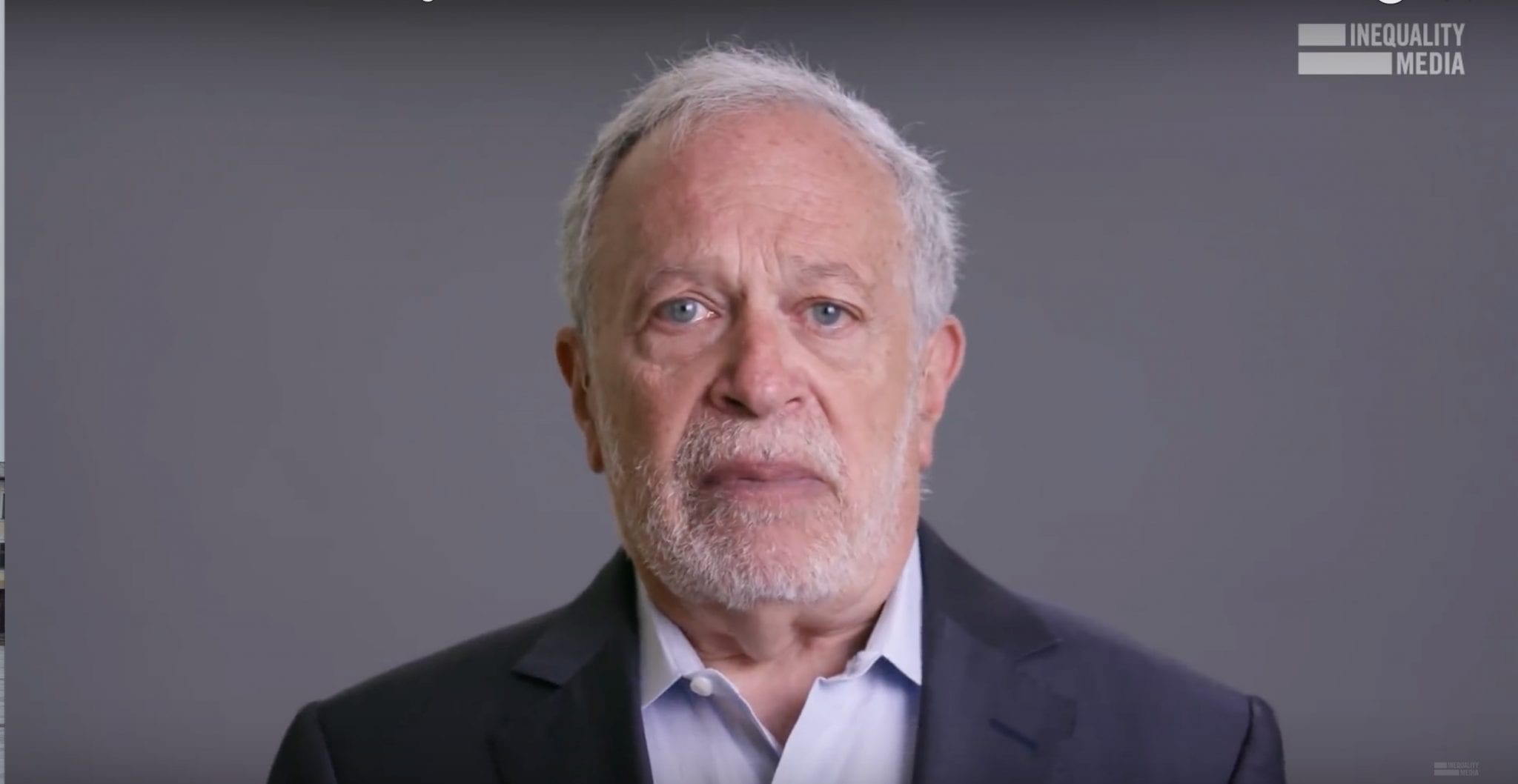 Robert Reich was once a proponent of the “Third Way,” a center-left governing philosophy that ostensibly embraced deregulation, privatization, smaller safety nets, and fiscal responsibility. He brought this theory of governance to Washington while serving as Bill Clinton’s Secretary of Labor, and was occasionally cited as a moderating influence on the Democratic Party. Since the 2016 presidential election, however, Reich has been brought low by Trump Derangement Syndrome (TDS). The symptoms of TDS include the inability to think rationally, as well as verbal incontinence. Reich exhibited both symptoms six days ago on Facebook, where he suggested annulling “Trump’s unconstitutional presidency.”

Because TDS has ravaged the Democrats, academia, and the media, no one around him understood that Reich’s weird post called for an intervention. This was certainly unnoticed by the other TDS victims at the University of California at Berkeley, where he teaches public policy, so his intemperate ejaculations continued the following day at his blog site. The next day they appeared on Twitter. Inevitably, all of this caught the eye of the legacy media, including Newsweek. The editors of that storied publication, demonstrating the journalistic judgment that commanded the princely sum of $1 dollar when sold by the Washington Post, gave Reich another chance to expand on how the nation can remove the Trump stain:

Impeachment would remedy Trump’s “high crimes and misdemeanors.” But impeachment would not remedy Trump’s unconstitutional presidency because it would leave in place his vice president, White House staff and Cabinet, as well as all the executive orders he issued and all the legislation he signed, and the official record of his presidency.… Annulment would repeal all of an unconstitutional president’s appointments and executive actions, and would eliminate the official record of the presidency. Annulment would recognize that all such appointments, actions and records were made without constitutional authority.

Trump would, in other words, become an un-President. Everything his administration has done since January of 2017 would be reversed and expunged from the public record. There is not, of course, a single syllable in the Constitution that would legally justify any attempt by any entity to act on this creepy proposal. Even Reich has retained enough of his sanity to face that fact: “The Constitution does not specifically provide for annulment of an unconstitutional presidency.” And, obviously, it goes without saying that there is no precedent in the history of the United States for doing so. To come up with such a precedent, one has to go back to the Roman Empire during the period subsequent to the fall of the Republic.

In 211 AD, for example, the empire had two co-emperors, Caracalla and his brother Geta. The former had the latter murdered, and ordered his name removed from all public monuments (I confess to using this example because I have myself seen evidence of the attempt to remove Geta’s name from the Arch of Septimius Severus). Caracalla then forced a terrified Senate to pronounce a damnatio memoriae against his brother. This was the Roman practice of erasing all memory of an “enemy of the state.” In Geta’s case, it obviously didn’t work. Reich nonetheless fantasizes about the Supreme Court rendering President Trump’s presidency null and void and eliminating any and all official records of his presidency:

All of this wacky stuff is based on the proposition that Robert Mueller manages to produce “overwhelming and indisputable evidence that Trump conspired with Russian President Vladimir Putin to rig the 2016 election, and the rigging determined the election’s outcome.” This seems pretty darned unlikely considering that, after rooting around in D.C. dumpsters for two years and spending $20 million in taxpayer dollars, he has delivered only 29 indictments of foreign nationals whom he knows will never be tried. He has convicted one Trump associate for crimes unrelated to the election and tricked another into pleading guilty to crimes that aren’t crimes. Mark Steyn tells Tucker Carlson that Reich wants to annul reality:

This is rather like the famous Dallas episode where they wrote off an entire season as not having gone anywhere, and Pam Ewing stepped into the shower and there was Bobby Ewing who was supposed to be dead.… Robert Reich seems to be proposing the same solution here. Robert Reich will step into the shower and there will be President Hillary Clinton. I hope that’s not a bit too vivid… but that does actually reflect the level of denial here.

In his usual hilarious fashion, Steyn accurately diagnoses Reich’s disease. Trump Derangement Syndrome has disabled the part of his brain that facilitates critical thinking. TDS causes its victims to deny that objective facts reflect reality, to create alternate fictions that conform to their fantasies, and compels them to bray incessantly about the resultant “reality.” Reich and other TDS victims refuse to believe that Donald Trump won in 2016, and neurotically lurch from implausible conspiracy theories about how he managed that to even less credible claims about how to get rid of him. TDS is a tragedy for its victims, and it’s unhealthy for the nation. Time to seek a cure. To paraphrase Barack Obama: We won. You lost. Deal with it.