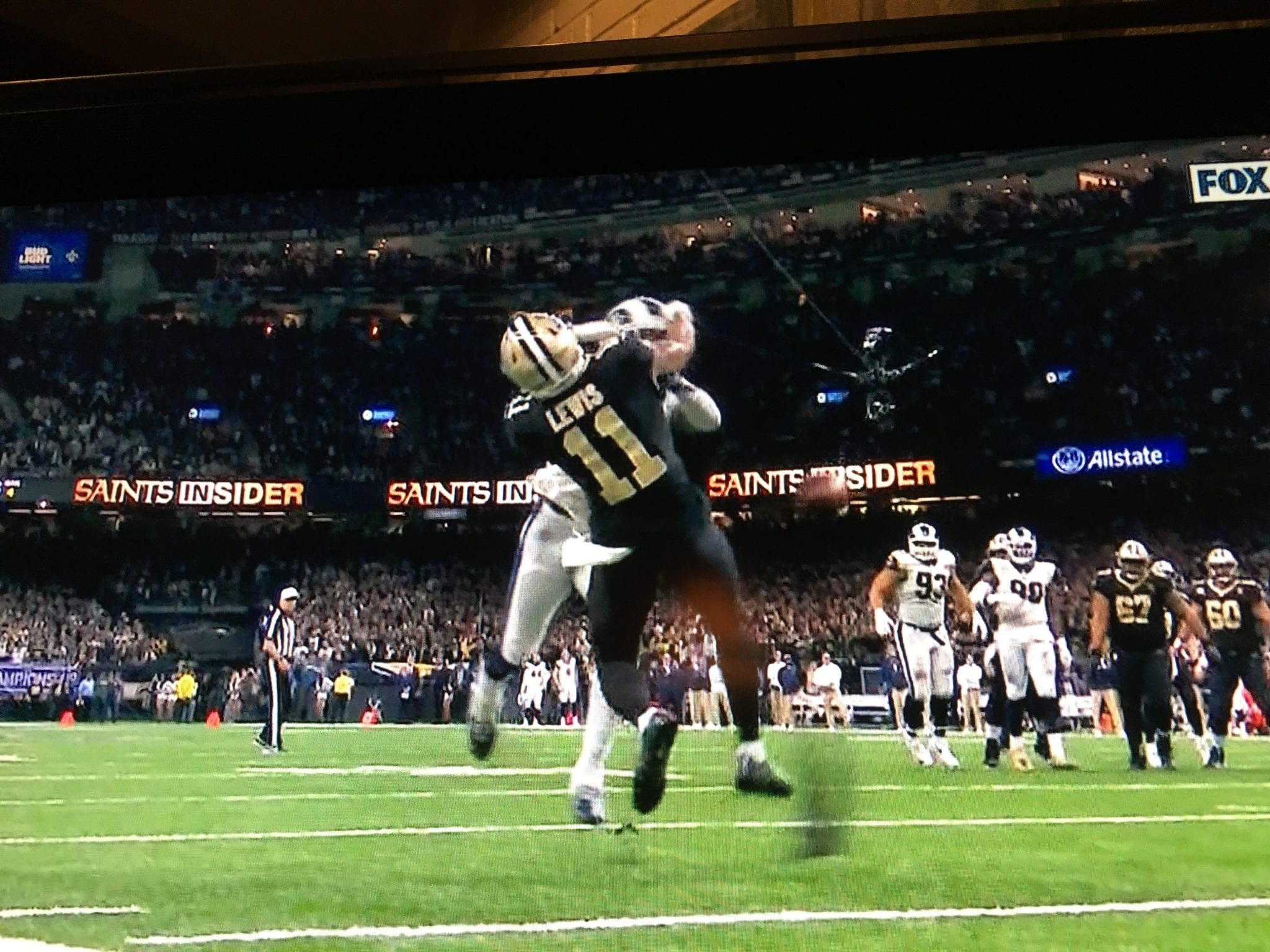 My sources in New Orleans tell me, with justified bitterness and not entirely tongue-in-cheek, that the sign on the door of the officials’ dressing room at the Superdome next year will be in braille.

It was pass interference. It was helmet to helmet. I knew it. You knew it. Everyone in the New Orleans Superdome knew it, as well as the zillions watching the game worldwide on television. Everyone with eyes to see knew it. Even your Aunt Eunice in Keokuk, who doesn’t even like football, knew it. Heck, there were probably cannibals in Papua New Guinea, who fetched the game in on their rabbit-ears while boiling a missionary for dinner, who knew it. Everyone on the planet knew it, that is, except for referee Bill Vinovich and his crew of zebras.

Vinovich was some distance from the play and claims he didn’t see it. This strains credulity. And what, pray tell, is Vinovich watching while on the clock other than the ball game? But while we might give him the benefit of substantial doubt, there was a zebra less than 10 yards from the play looking right at it. This guy, who was not identified in any of the dozen or more stories I read about this abomination, can’t claim Vinovich’s lame excuse.

What on earth did the man on the scene see? What he didn’t see was Rams DB Nickell Robey-Coleman leveling Saints receiver Tommylee Lewis before the ball from Drew Brees’s pass was even in the same zip code with either player. Robey-Coleman wasn’t going for the ball. He was going for Lewis, looking more like a hockey enforcer than a football defensive back. Not all muggings in the Big Easy take place on Bourbon Street. Had Robey-Coleman done the same thing on a city street he likely would have been charged with aggravated battery. But the zebra on the scene saw no evil. Perhaps he just didn’t want to get involved. I hope and trust he was on the first plane out of New Orleans after the game. If he ever returns, he’s well advised to bring a food taster with him.

Had the attending official seen what everybody else saw, the result would have been first and goal Saints in the shadow of the goal post. With a buck-forty-nine left on the clock, it would have been child’s play for the Saints to have run the time down, hit the chip shot field goal, and it’s off to Atlanta. Laissez le bon temps rouler, Cher.

Instead the zebras stood mute, all flags remaining in official pockets. Robey-Coleman escaped consequence for an egregious and obvious football felony. A short while later a 57-yard field goal by Rams kicker Greg Zuerlein ignited celebration in La La Land and spread gloom throughout the Big Easy, whose football fans saw a fine Saints season end as a result of gross officiating malpractice.

What an irony that in a season of a record number of NFL flags and penalties, a conference championship game should be decided by inattentive officials. For fans, sports often break our hearts. But it’s easier to take when our players let us down than when those charged with keeping the game fair and square do. Sunday’s horror rises to the level of American League umpire Don Denkinger’s badly missed call in game six of the 1985 World Series,  which was instrumental in the Kansas City Royals becoming champions of the baseball world that year rather than the St. Louis Cardinals. Denkinger manned up and admitted after seeing the film that he blew it. Nice to know, but too late to help the Cardinals. Just as it will be too late for this year’s Saints when the NFL owns up to blowing this one.

On further review, and the technology that backs it up, has led to much better calls in all sports. But it’s hard to imagine that all bad calls can be eliminated. The game-changer Sunday was not reviewable. And if the reviewable calls are expanded to include almost every decision a zebra makes, we’re in danger of having NFL games that last a day and a half (still with just the 11 or 12 minutes of actual playing). I fear this is just another one we’ll have to file under “life ain’t fair,” as hard as this might be for Saints players headed home for the summer instead of to Atlanta for a Super Bowl. And Aunt Eunice is really going to be sore for a while.