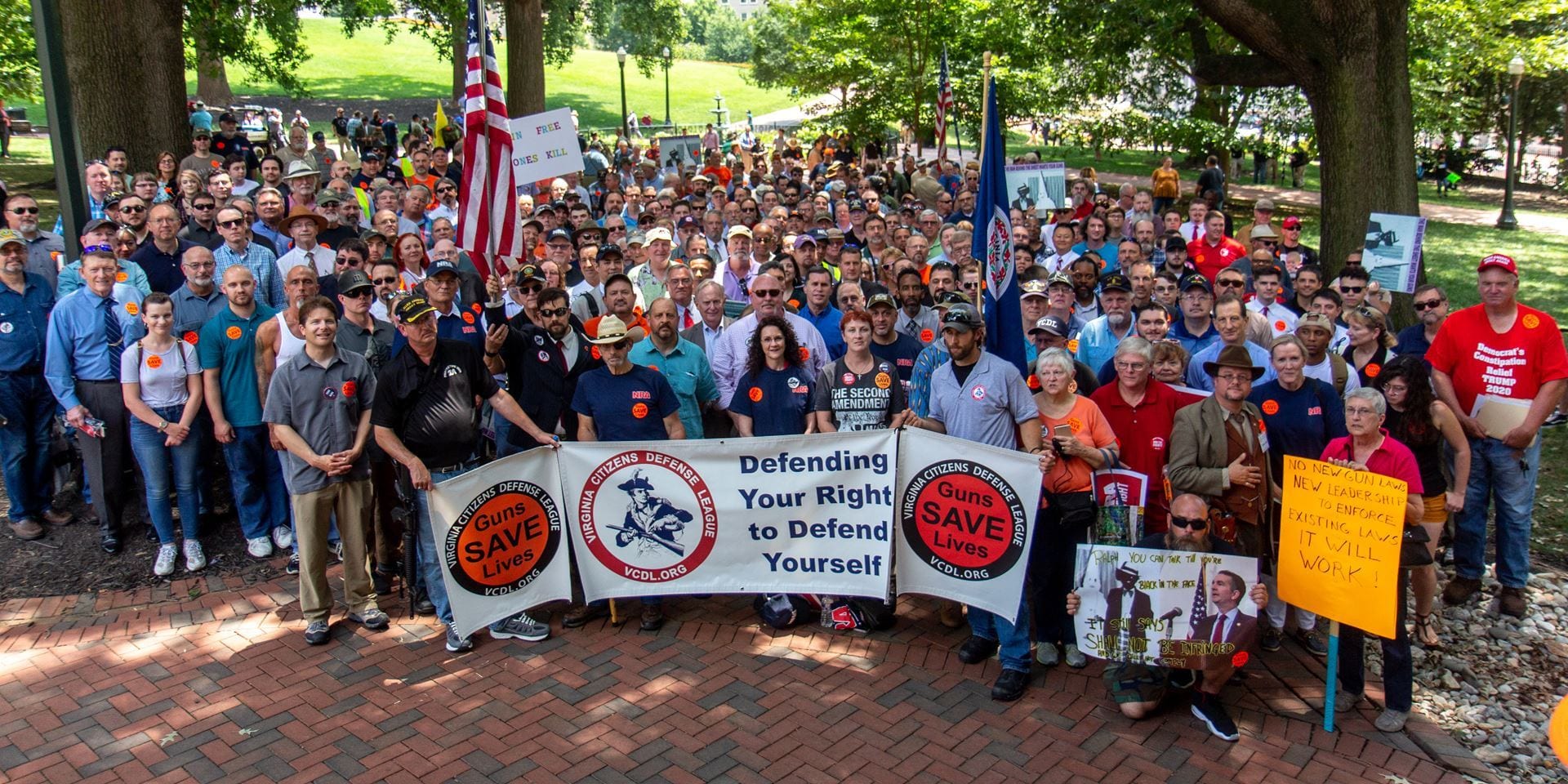 In Virginia’s last election, the Democrat Party won narrow majorities in both chambers of the General Assembly. Democrat legislators then promptly proposed a series of gun-control measures. Among these was a ban on the purchase of so-called “assault weapons” patterned after a similar federal ban enacted by Congress in 1994 and signed by President Bill Clinton. (Although the federal statute sunsetted in 2004, it was in force long enough to establish conclusively that — quite unsurprisingly — it had had no measurable or detectable effect on the use of firearms by criminals.) Simultaneously, the Democrats have proposed additional equally fatuous but onerous measures that would (a) authorize any local government to prohibit possession of firearms and ammunition in public spaces during “permitted” events, (b) limit handgun purchases to one in any 30-day period, (c) require background checks for any firearm transfer, and (d) ban indoor shooting ranges.

This legislative muscle flexing set off a tidal wave of opposition as alarmed citizens across Virginia angrily protested, and more than 100 counties, cities, and towns (including Virginia Beach, the state’s largest city) passed resolutions declaring themselves to be Second Amendment sanctuaries. The twofold message: whatever gun control measures are enacted, the authorities in these sanctuaries will not enforce them, and the Democrats will pay a heavy price at the ballot box if they pass these unwelcome measures.

In the face of these protests, the proposed “assault weapons” ban has been temporarily withdrawn. But the other legislation is moving through the General Assembly on narrow party-line votes and is expected to be signed into law by Democrat Gov. Ralph Northam.

In Virginia, “Martin Luther King Day” is also designated as “Lobby Day,” on which advocates for various causes come to Richmond, the state capital, to make lawmakers aware of their concerns and desires. Every year since 2002, the Virginia Citizens Defense League (VCDL) has held pro-Second Amendment “Lobby Day” rallies at Richmond’s Capitol Square. Event planners of this year’s rally estimate that over 100,000 Second Amendment supporters will assemble on Monday at the State Capitol to protest the General Assembly’s gun-control agenda.

The United States Constitution specifically provides for the right of citizens to petition government for redress of grievances — to complain to or seek the assistance of government — without fear of punishment or reprisal. Nevertheless, Gov. Northam has issued a Declaration of a State of Emergency Due to Potential Civil Unrest at the Virginia State Capitol. As justification for declaring an emergency, Northam’s declaration states, among other things, the following:

Credible intelligence gathered by Virginia’s law enforcement agencies indicates that tens of thousands of advocates plan to converge on Capitol Square for events culminating on January 20, 2020. Available information suggests that a substantial number of these demonstrators are expected to come from outside the Commonwealth, may be armed, and have as their purpose not peaceful assembly but violence, rioting, and insurrection. [Emphasis added]

We have received credible intelligence from our law enforcement agencies of threats of violence surrounding the demonstration planned for Monday, January 20. This includes extremist rhetoric similar to what has been seen before major incidents, such as Charlottesville in 2017.

This intelligence suggests militia groups and hate groups, some from out of state, plan to come to the Capitol to disrupt our democratic process with acts of violence.

Based on these threats, I am declaring a state of emergency in Richmond from Friday evening until Tuesday evening. This will include a ban on weapons of any kind in Capitol Square during that time.

At a news conference, Northam added that he was declaring the state of emergency due to threats of “armed militia groups storming our Capitol” [Emphasis added]. Consistent with this pronouncement, there are reports that barriers are being erected around the Capitol and adjacent state office buildings.

There has been speculation that Northam issued his emergency declaration in an attempt to suppress attendance at the rally. But if that is his purpose, given the anger and passions that the Democrats have ignited with their gun-control agenda, it is doubtful that he will succeed. In condemning the emergency declaration, Republican Party of Virginia Chairman Jack Wilson bluntly stated, “Northam and the rest of Virginia Democrats have made their session goal crystal clear: a disarmed, vulnerable, and subservient citizenry.”

So, what have we got here? Thanks to the Democrat-controlled Legislature’s arrogant determination to jam gun control down the gagging throats of rebellious law-abiding Virginians, the Democrat governor is claiming that there is probable cause to believe that on Monday the peasants may well reenact Bastille Day by storming the Capitol as well as engage in violence, rioting, and armed insurrection. Hopefully, in addition to the governor’s dire predictions, there will also be trembling, sweating Democrat legislators hiding under their desks wondering how in the hell they got themselves into this mess and praying to Gaia that these howling crazies don’t one day lay siege to their homes and district offices.

Frankly, this is an irresistible prospect. That is why your correspondent will be standing tall in Richmond’s Capitol Square Monday morning to record for posterity what promises to be one of this century’s Mother of All Political Wakeup Calls behind only Donald Trump’s election victory and Brexit.

Virginia’s state seal depicts a slain dictator over the motto “Sic Semper Tyrannis,” which translates to “Thus Always to Tyrants.” But an appropriate variation of this sanguinary motto for Monday’s rally could appropriately be “Semperque Insulsi Superborum,” or, in English, “Thus Always to Arrogant Morons.”

So, stand by and watch this space. My post on Monday’s festivities should be fun.