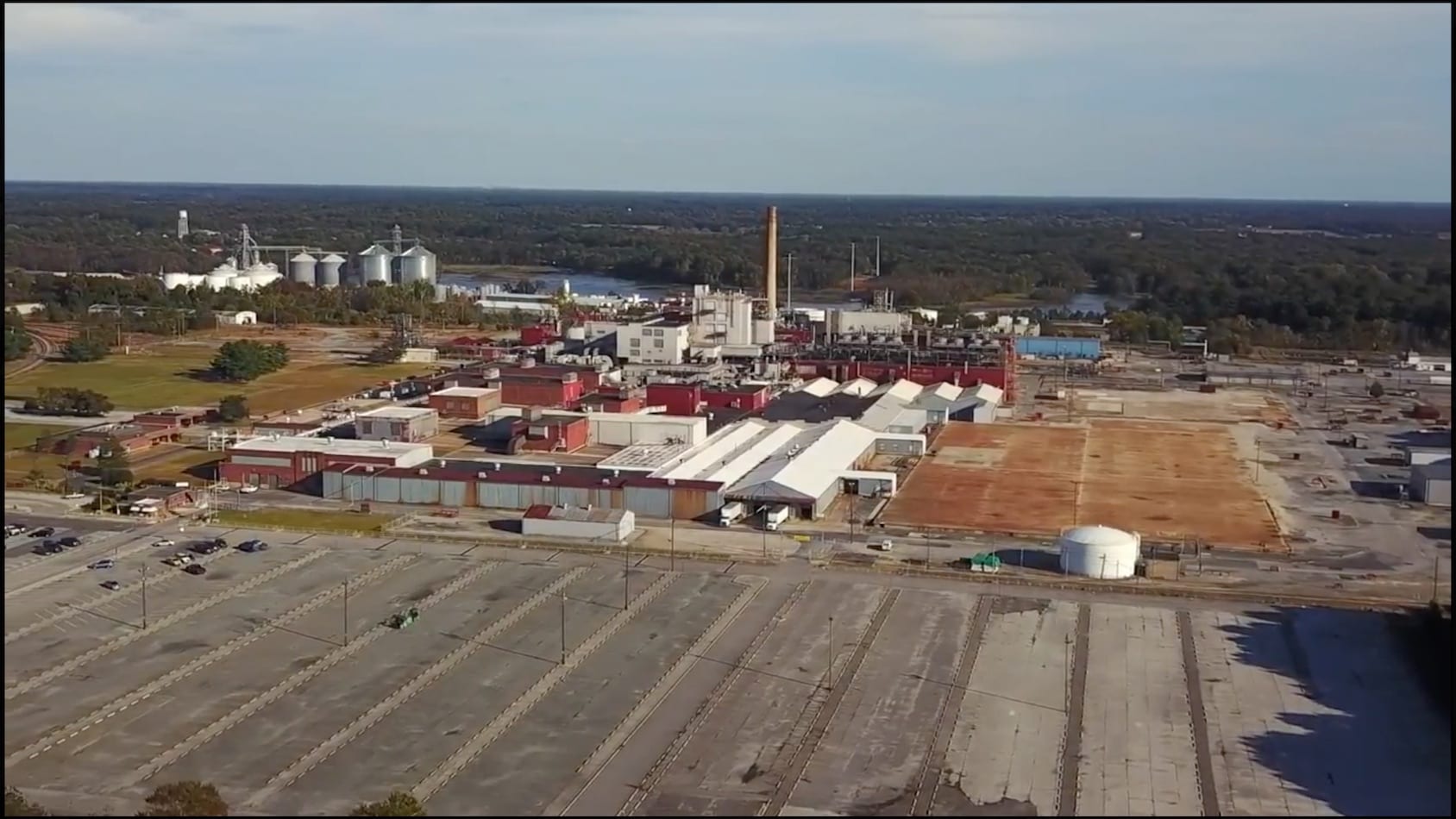 Sitting at a booth at Pizza King Restaurant on Stein Highway, Seaford Mayor David Genshaw stares at his coffee while stirring it. It has only been a short period of time since the big vote and another reason pops into his head. “While I was at work recently, the Governor was here in Seaford handing out coats to kids. I like the Governor personally, but the DuPont Corporation used to do that.”

Genshaw grew up in Seaford, Delaware. He and his wife, a fourth generation Seaford resident, have four kids. In addition to being mayor, he has a full-time job at a transportation company where he has worked for more than two decades. Genshaw appears to be younger than his years. His modesty and sincerity present a kind of George Bailey It’s a Wonderful Life figure. He knows many of the restaurant’s customers and employees. News has spread around town of the big decision that was made recently by the local government, and lots of residents have been congratulating him since.

Seaford has approximately seven thousand residents and is located in southwest Delaware. During summers, out-of-towners often stop at one of the city’s diners or fast food joints to get a bite to eat and fill up their cars with gas on the way to beach towns located a short distance away. It’s a town of friendly people who care for each other. Faith, love of country, and hard work remain core values despite the community’s challenges.

Seaford was once known as “The Nylon Capital of the World.” In its glory days, the local DuPont plant employed nearly 5,000 area workers. Seaford was a company town and the DuPont Corporation dominated city life and culture. The plant was the indispensable symbol of the city.

Bryant Richardson and his family have owned a number of local newspapers over several decades. His first job out of school was at the DuPont plant. Richardson, who began serving in the Delaware Senate in 2015 following a long career in publishing, recalls, “If you got to work a little bit late it was hard to find a place to park. Now, that parking lot is overgrown with weeds.”

Why have locals been congratulating Genshaw? Seaford’s City Council recently voted unanimously to make the city right-to-work, the first jurisdiction in Delaware and the entire Northeast United States to do so. Right-to-work allows employees to freely join or opt-out of unions without employment repercussions.

Genshaw says, “We’ve experienced some tough times. The majority of kids here are still on public assistance today. But we’re well positioned for a dramatic, Rocky-like comeback. We’ve made significant investments in the downtown waterfront. Electric, water, and sewer infrastructure are being upgraded. Local schools are starting to improve. We’re a local government focused on growth. We believe in the people and potential of Seaford. Right-to-work is a critical feature in attracting job-providers according to the overwhelming data. Corporate site selection can be dog-eat-dog, and this new policy will differentiate us from the competition. And it costs local taxpayers nothing.”

Seaford’s vice-mayor and councilman Dan Henderson says, “A host of other measures are planned or underway, but adopting right-to-work may be the sharpest arrow in our quiver for targeting and attracting new business to Seaford. This is a powerful message to potential job providers that we want and value them and will aggressively compete for their investment here.”

Problems in Delaware are not limited to Seaford; they’re just more visible. A jobs and wage crisis exists in the state. Wage stagnation in Delaware is particularly alarming. According to a recent study, families in Delaware are making less on average than a decade and a half ago.

Anthony Wedo, a turnaround CEO and University of Delaware Professor of Leadership, says, “Delaware has lost tens of thousands of manufacturing jobs over the past several years. Delaware’s wages have gone backwards and it breaks my heart. Delaware families are really hurting and many here are having a tough time paying their car loans, making rent payments, affording their utility bills, and in some cases even buying groceries. Delaware’s last strategic plan for economic growth was the 1981 Banking Act (Financial Center Development Act) under the leadership of Governor Pete du Pont. The state thrived for 20 years creating thousands of good paying jobs. But that success has run its course. We need fresh, innovative ideas and courageous leadership. Mayor Genshaw and the City Council have demonstrated to us what real leadership means as they are focused on helping the people of Seaford, not a political agenda. The bottom line is Delaware is a great state with great people, but the leadership has left the citizens down!”

Seaford is now the first jurisdiction in the Northeast United States to become right-to-work. That’s an area of the country nearly 1,000 miles north to south, over 500 miles east to west, with sixty million Americans that have yet to experience true worker freedom. And given its proximity to Washington, Baltimore, Philadelphia, and major ports, along with solid infrastructure, low property taxes, no sales tax, and low real estate prices, Seaford is now poised for a great comeback.

Mayor Genshaw and the City Council have made a bold move. They are not waiting for D.C. or Dover to solve their problems. They now invite Corporate America and companies around the world to consider the new, unique value proposition of their city. They invite companies to relocate to their city, employ their hard-working residents, and together drive dramatic, long-term value.