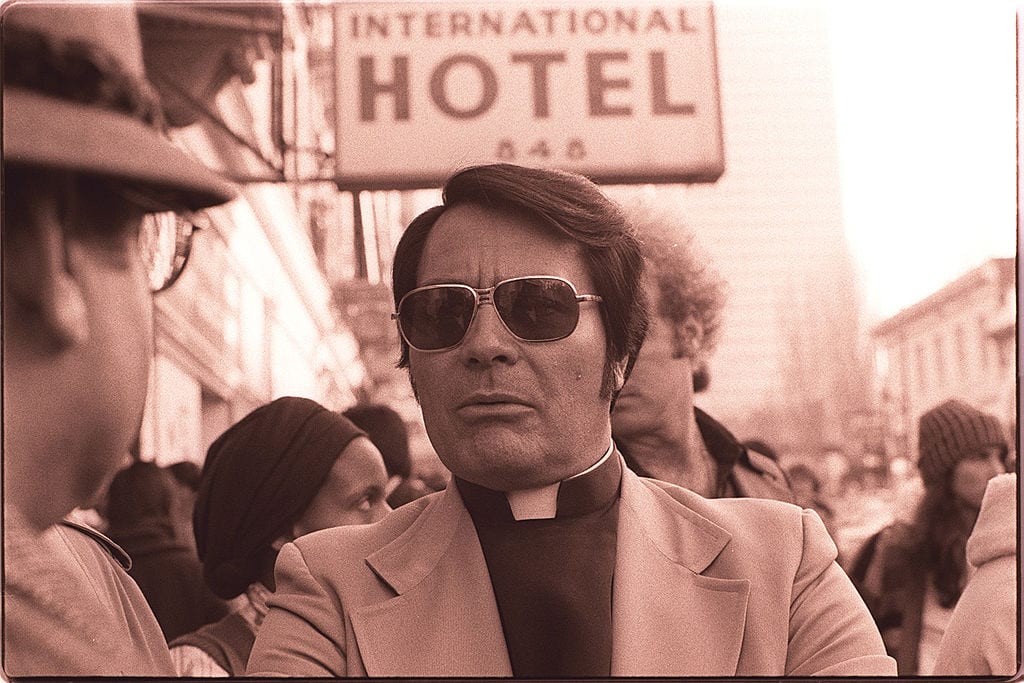 The question of how over 900 people came to kill themselves in the South American jungle animated the writing of Cult City: Jim Jones, Harvey Milk, and 10 Days That Shook San Francisco. But in trying to solve that puzzle another puzzle, well, puzzled. How did the victims go from “religious zealots” in the first draft of history to left-wing idealists in subsequent revisions?

The drive to report the story first instead of right led to errors. Walter Cronkite labeled Peoples Temple as “fascist,” a New York Times article described Jim Jones’s preaching as “fundamentalist Christianity,” and the Associated Press called the group “religious zealots.” In the intervening years, reconciling the initial reports with the words on the death tape, in which Jones admonishes followers “this is not the way for people who are socialistic Communists to die” and the scolded thank him for allowing them to give their lives for Communism, proved difficult.

Once historians settled on the facts, and agreed that a group that taught Russian to its members, issued to socialism examinations, and willed millions of dollars to the Soviet Union did not mesh well with the Bible thumper label, chroniclers shifted from obscuring the facts to offering unusual interpretations of them.

In such books as A Sympathetic History of Jonestown and In Defense of Peoples Temple, Rebecca Moore attempts to separate Jim Jones from his followers and Jonestown from its grisly coda. If her past works advertise the revisionist bent in the titles, Understanding Jonestown and Peoples Temple does so on its cover. It depicts Jonestown chefs smiling over a meal, a nurse tending to a senior citizen, a white teacher instructing young black children, and an industrious young man making pottery. These cheerful images rather than grim ones of piled corpses rotting in the jungle, presumably, provide the true picture of the commune. Sister to two mistresses of Jim Jones who helped him orchestrate “revolutionary suicide,” Moore writes with a firsthand knowledge of the Temple alongside an understandable consuming passion in the subject. She maintains that the criticisms of Jonestown as a concentration camp “exaggerated some problems” while “reality was not completely at odds with the façade” presented in the glowing accounts.

Other works, including the PBS documentary Jonestown: The Life and Death of Peoples Temple, also portray the politics of the communards as a point in their favor.

“In their attempts to separate [Harvey] Milk from Jim Jones and Peoples Temple, historians and biographers have overlooked, downplayed or flatly distorted the truth,” Michael Bellefountaine writes in A Lavender Look at the Temple. “Hopefully we will now begin to understand why Milk supported Peoples Temple, and why we might want to reevaluate our criticisms of it.”

“Unfortunately, the laudable aspects of Peoples Temple have been forgotten in the horrifying wake of Jonestown,” Julia Scheeres writes in A Thousand Lives. She posits, “If anything, the people who moved to Jonestown should be remembered as noble idealists. They wanted to create a better, more equitable, society. They wanted their kids to be free of violence and racism. They rejected sexist gender roles. They believed in a dream.”

Most people who wake up in a nightmare do.

Rather than the fate of Peoples Temple sparking an epiphany about socialism, these authors instead reassess Peoples Temple based on its commitment to socialism. In this, one sees the ideological blinders that so many Americans wore in Guyana. “No other way I would rather go than to give my life for Socialism, Communism,” one man explains on the death tape, “and I thank Dad very, very much.” An act of nihilism became one of idealism merely because a drugged-out man in dark glasses put a “revolutionary suicide” label on the Kool-Aid.

Jonestown offers lessons if we listen. It occurred, as I write in Cult City, as a cautionary tale about ends rationalizing means, heaven on earth inevitably yielding to a less comfortable place, the profound wrongs people imagining themselves as right can commit, and outsourcing thinking to an ideology or guru. Not a factor mitigating their evil, socialism helped bring it about.

Jim Jones, who boasted of making the dead walk again, proved incapable of resurrecting his flock. Various revisionist histories prove impotent in this task, too.