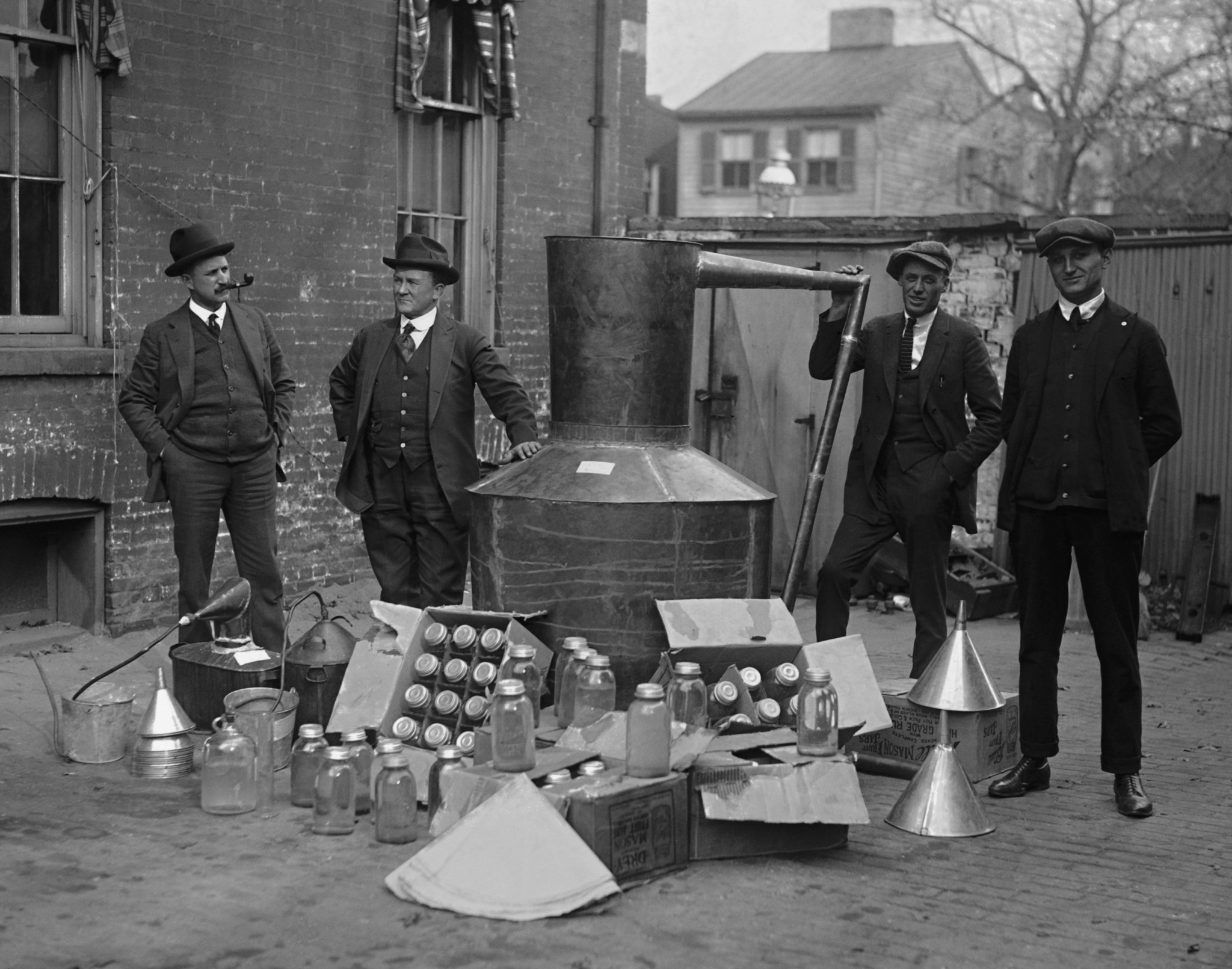 My southwestern Ohio town has seen a series of attention-grabbing demonstrations by hospital employees. They object to the hospital’s imposition of a vaccine mandate, and they claim they should not be forced into compliance. The hospital continues to maintain that the health of its patients require they take this compulsory measure.

This is not a case of the elite versus the ignorant. The demonstrators all have seen the pandemic firsthand. They have been putting their own lives on the line consistently. Many of them are professionally trained and have years of experience in nursing. They are by and large not anti-vaxxers, but rather believe that the decision to take the vaccine must be a matter of individual choice.

This is a complex discussion, no matter how much it may be distorted with rhetoric that caricatures the opposing position rather than answering their concerns. And we seem to be learning slowly how to have such a discussion, shaking off the bad habits instilled by toxic politics and the cutthroat society of social media.

“The freedom of your fist ends at my nose,” was how my father introduced me to the discussion of liberty when I was young. He was trying to show me that it is no small matter to get from an abstract ideal of freedom to a country that actually secures the blessings of liberties in real life. There are common sense limitations to freedom that we all become aware of the moment we step back and get reflective. We think, we talk, we teach our children, and soon we have a culture which thinks about the meaningful limits that allow freedom to be not just the ability of the powerful to punch out anyone who annoys them, but something belonging to us all.

Emergencies require adjustments, we all agree. When someone is attacking me or an innocent bystander, my fist’s freedom does not end at the attacker’s nose, but only when the danger has been controlled.

Just as for the individual, so too for the society. National emergencies call for extraordinary powers. To stop Maryland from seceding from the Union, which probably would have secured secession without a shot, Lincoln suspended habeas corpus and threw the conspirators in a military prison without bail and held them without a trial. To stop Britain being undermined by fifth columnists as invasion loomed, Churchill’s government rounded up numerous Nazi and fascist activists and kept them in custody until the victory was all but won.

Lincoln held together the Union and American democracy. Churchill’s Britain and her allies defeated Hitler and Mussolini. Both moved to relinquish the emergency powers they had taken as soon as the emergency abated.

But sometimes the claim of emergency is used to undermine liberty. In the wake of the Reichstag fire, Hitler claimed national emergency to get Germany’s elected legislature to transfer all its powers to him and those powers stayed with him until the Third Reich collapsed in flaming ruin. Alike in strategy as well as in hatred, Hamas used a democratic election to claim power in Gaza and has not held meaningful elections ever since.

Extreme examples, perhaps. But there is a good example of overreach closer to home, involving neither Nazis nor jihadists, but just good, ordinary Americans who for the best of reasons took away the liberties of their fellow citizens. This was the Great Experiment — Prohibition.

Temperance advocates had been politically active for decades, blaming many of America’s ills on alcohol. Many states enacted bans on their own. Then during World War I, the campaign for national prohibition rapidly gained momentum. As the war ended, a Constitutional amendment to allow the prohibition of alcohol gained the votes of two-thirds of the House and Senate and then the ratification of three-quarters of the states in record time.

Several factors came together in a near-perfect storm. American Progressives had attained national power, controlling the presidency under Woodrow Wilson, and had powerful advocates in the judiciary, the legislative branch, and many state governments. The idea that centralized national power could cure every societal ill was a mainstay of progressivism. They treated each societal ill as an emergency, “the moral equivalent of war,” and so called for liberty-infringing emergency action more and more frequently.

American society had gotten used to extreme centralized control during World War I, when the government’s hand was felt in nearly every area of American life. Government intervention had become normal. It was not such a big jump then to identify one more emergency and change the Constitution to permit a new kind of invasion of private lives.

Exactly 60 years before the Prohibition Amendment passed, the philosopher of freedom, John Stuart Mill, wrote about the temperance activists of his own day. He wrote down the argument of secretary of the British Alliance, a group working for prohibition in Britain in the mid-19th century:

I claim, as a citizen, a right to legislate whenever my social rights are invaded by the social act of another. If anything invades my social rights, certainly the traffic in strong drink does. It destroys my primary right of security, by constantly creating and stimulating social disorder… It impedes my right to free moral and intellectual development by surrounding my path with dangers, and by weakening and demoralizing society.

Mill pointed out that such a conception of rights is questionable at best. It claims that “it is the absolute social right of every individual, that every other individual shall act in every respect exactly as he ought” and that anyone who is not perfect in the least particular violates my rights.

Mills responded to this claim savagely:

So monstrous a principle is far more dangerous than any single interference with liberty; there is no violation of liberty which it would not justify; it acknowledges no right to any freedom whatever, except perhaps that of holding opinions in secret without ever disclosing them.

As the extreme statists in American politics reach for sweeping powers with whatever tools they have at hand, Mills words seem prophetic. Those who have felt the violence of cancel culture recognize how right Mill was in seeing that the language of rights could be used to justify silencing the least dissent.

Thankfully, people are gaining the courage to speak and to reject arguments of rights that reserve those rights only for those who pass the modern religious test of woke thinking. Terrorized by the pandemic, we accepted an unprecedented intrusion of government into all areas of life as being justified. But as the terror has receded, people are more and more forcefully reasserting their own rights and taking back from the government those major decisions about their own bodies and those of their children that are so basic to a free society.

The pandemic dangers are real still real enough, though blessedly not as acute as in the first months of 2020. As a society we have shown ourselves willing to undergo great sacrifice proportionate to the urgency of the danger. But now as the danger recedes, people are beginning to assert their own thoughts. Many now insist on taking back their right to seek their own trusted experts to guide their medical decisions and resist compulsion they believe is now unwarranted.

Emergencies reduce the complexity of life down to a narrow and sharp focus. If you don’t suspend habeas corpus, said Lincoln, then all the laws will go down. If we don’t beat Hitler, there will never be any liberty at all. If we don’t stop the wild spread of COVID, our medical system will break down and with it, civil society.

But as our concerted action achieves its goals, the emergency abates, and life’s focus points can again be as varied as our temperaments, our experiences in life, our educations, and our inspirations make them. Liberty enables us to have the widest application of energy and intelligence to all the many issues that confront our society at each moment.

Resist the Prohibition temptation. Resist statist hubris. Save concentration of power for those uniquely urgent moments for nothing else will do. Know that the good life depends on relinquishing such powers as fast as we reasonably can, and to be skeptical, as good religion, philosophy, and science all teach us, of the claims of those seeking their own liberty at the expense of ours.