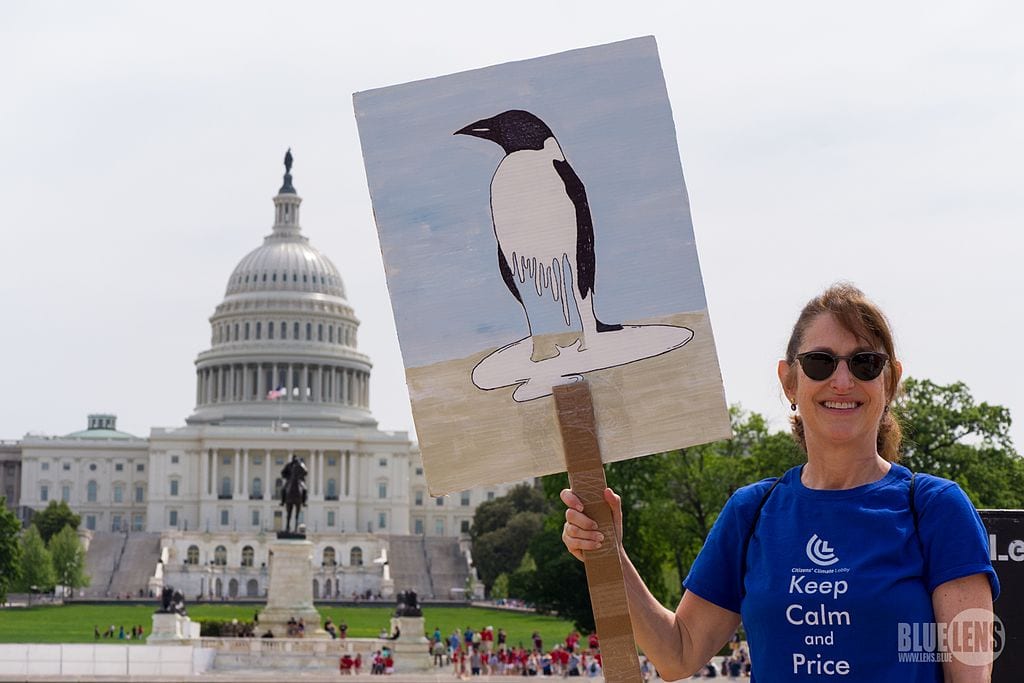 Unfortunately, a handful of congressional Republicans foolishly joined with Democrats to form a group known as the Climate Solutions Caucus. The Caucus claims to support “economically viable” options to restrict carbon-dioxide emissions.

Apparently, the Republicans in the Caucus believe they can walk a tightrope by calling for both severe restrictions on carbon-dioxide emissions and “affordable” energy options — even though these two competing goals are incompatible. Any means of reducing carbon-dioxide emissions would be economically punitive. Rather than trying to appeal to both sides of the political fence, Republicans who join the Caucus are shooting themselves in the foot with liberals and conservatives alike.

Liberal Republican congressman Carlos Curbelo (FL) co-founded the Caucus at the urging of the leftist Citizens’ Climate Lobby (CCL). The CCL advocates for carbon-dioxide taxes that would immediately raise the cost of all traditional energy sources. Within a decade, the CCL taxes would add more than a dollar per gallon to the price of gasoline, with similar and higher price hikes imposed on other forms of energy. CCL trumpets a social-justice-warrior agenda and routinely advocates for left-wing policies. Why in the world would Republicans sign on to these radical ideas by joining forces with CCL?

Caucus members should know economically viable carbon-dioxide restrictions are a fallacy. Conventional energy sources such as coal, oil, and natural gas dominate because they are substantially more concentrated, affordable, and reliable than wind and solar power. Whether accomplished through government mandates or taxes, transforming our economy from one running on affordable energy sources to one that’s dependent on expensive and unreliable energy would severely punish all consumers and industries.

Some global warming activists attempt to argue a carbon-dioxide tax could be revenue-neutral and thus economy-friendly. However, there’s no credibility to this claim. The whole point of a carbon-dioxide tax is to drive up conventional energy prices so high that consumers won’t purchase them anymore and will instead buy already-expensive wind and solar power. When this occurs, consumers pay higher prices directly to energy providers rather than in government taxes — thus, there is little or no direct government tax revenue collected or returned to consumers to compensate for their higher energy bills. Even worse, energy bills skyrocket and disposable income falls. Even if a carbon dioxide tax were crafted to be “revenue-neutral,” it could never be crafted to be “pocketbook-neutral” or “household budget-neutral.”

So, if these policies are surely doomed to fail, what is motivating Republicans to join the Caucus? For most members, the answer appears to be virtue-signaling and political calculation. Some Republicans believe that expressing concern about global warming will soften their appeal to liberal and moderate voters.

However, polls consistently show voters rank global warming among their least-important concerns. Thus, virtue-signaling on global warming will win over very few, if any, liberal or moderate voters. On the other hand, Republicans joining the Caucus will ostracize their conservative base, encouraging them to stay at home or vote for a third party. These naive GOP members also face a greater risk of drawing a strong challenge from the right in their next Republican primary.

Fortunately, very few Republicans side with Al Gore and the United Nations. The vast majority of GOP congressmen do not believe in a global warming crisis and continue to reject the drumbeat of government intervention promoted by environmental zealots.

The few Republicans on the Caucus represent the liberal fringe of the party. In fact, these Republicans have voted for liberal positions more than conservative positions, according to the Heritage Action “Congressional Scorecard.” By contrast, 84 percent of Republicans who are not part of the Caucus have voted in favor of the conservative position more often than the liberal position. Thus, a good way to determine whether your Republican congressional representative is a RINO — a “Republican in name only” — is to check if he or she is a member of the Caucus.

James Taylor (JTaylor@heartland.org) is senior fellow for energy and environment policy at The Heartland Institute.