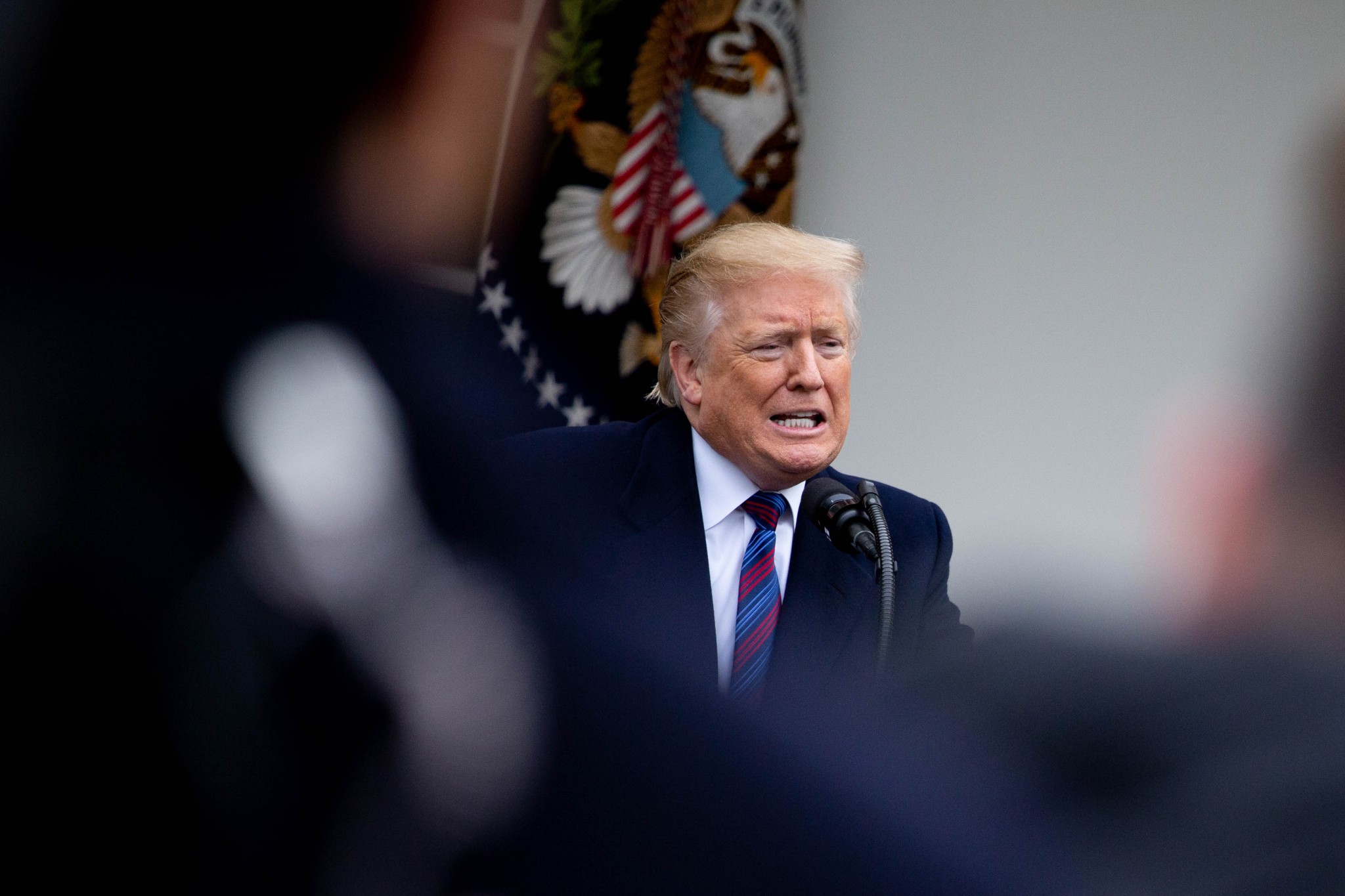 “It is rational to attack the police; nay, it is glorious. But the modern critics of religious authority are like men who should attack the police without ever having heard of burglars.”
— G.K. Chesterton, Orthodoxy

Casting about for someone to hold accountable after Republicans performed below expectations in the midterm elections, many Republicans offered a simple solution: Blame Trump.

“With regards to the governor’s office, there’s no way in a red year a candidate should lose by double digits…. And that really speaks to how poor our candidates were and how much Trump interfered in our primary process,” Pennsylvania Republican consultant David La Torre said.

The sentiment has been echoed across the country. But this blithe dismissal of Donald Trump — and, by proxy, millions of Trump supporters — is misguided. To borrow Chesterton’s metaphor, Republicans are attacking the Trump police without ever having heard of the liberal authoritarian burglars that he was largely elected to stop.

We’ve seen this movie before. Rewind back to 2016. Mainstream Republicans back then didn’t like Trump either. So why did he win both the Republican nomination and the presidency? It’s actually not that complicated: People were tired of woke bullies bossing them about, and Donald Trump stood up to those bullies. He said he’d stand up to China even though people called him a racist for it. Trump said he’d stem the flow of immigration from Mexico, and he was roundly criticized. But he didn’t back down from the liberal media that relentlessly attacked him. Trump kept speaking his mind. In contrast, Establishment Republicans largely forgot about the lower middle class affected by these policies. Trump spoke to the forgotten class — spoke for them.

And it wasn’t just the lower middle class. There were plenty of people who were tired of the varied left-wing bullies in their world. For example, I and my colleagues ran a study right before the general election in 2016 where we randomly assigned some people to a “woke/political correctness” prime. The prime wasn’t especially overwhelming: Participants in that condition simply read a brief statement explaining PC norms and filled out a four-item questionnaire about political correctness. Without the prime, our left-leaning sample went for Clinton. But simply having people briefly answer questions about political correctness caused a significant shift towards Trump, so much so that it almost wiped out Clinton’s lead among an otherwise left-leaning group of people. Why? Making people think about wokeness made them long for freedom from wokeness, from liberal bullies, and, well, Trump was their anti-authoritarian champion. He was the person who stood up to the bullies on their behalf. Trump at least wasn’t afraid of those bullies — like much of the Republican Party seemed afraid of them.

Polling data from 2015/2016 confirm this. People often didn’t like what Trump said, but they liked that he wasn’t afraid to say it. In fact, the best predictor of Trump support in one poll wasn’t all the things people often think of — age, race, anti-immigration attitudes — it was “feeling voiceless.” Trump was their voice.

These reasons are even more important today. And if Republicans want to win moving forward, they need to better understand this fact. They need to more fully “get” Trump voters. They need to understand the metaphorical Trump police and the authoritarian burglars.

While of course many Republicans besides Trump have since stood up to woke bullies successfully — and with less offensive language — I worry that quite a few Establishment Republicans are still missing the point. Consider these comments made by Morgan Boyd, a Republican official in western Pennsylvania: “It’s time for [Trump] to pass the torch to more mainstream, traditional Republican candidates.”

There will be many people who hear these comments and respond: “You mean those traditional candidates who trashed the Tea Party and sneered at the lower-middle-class voters Trump brought into the GOP? You mean those traditional Republican presidential candidates (like Mitt Romney, who lost Pennsylvania by over 5 percentage points in 2012) who had lost Pennsylvania elections for 24 straight years — until Trump won the state in 2016?”

No, you simply can’t work around them. You have to show them that, although you are moving past Trump, you are capturing Trumpism. You have to embrace the populist movement that appealed to freedom-loving people everywhere. You have to realize that there are a lot of people like me, who didn’t vote for Trump or who didn’t like him, but who nonetheless liked what he did for the country. To many of us, traditional Republicans supported the uber-rich and ignored the fact that their own constituents have to fear what they say at work or else be fired for merely expressing a political opinion that their colleagues don’t like. Establishment Republicans didn’t seem to do much for them — but Trump sure as heck did. Maybe we were wrong about Establishment Republicans, but it often feels as though they don’t seem to like the person who did the most for those bullied people. Comments like those discussed in this article solidify this feeling — and will ultimately make it harder for Republicans to keep many of the people Trump brought to the party.

So, yes, of course the fact that Trump raised questions about the legitimacy of elections hurt the GOP in the midterms. Trump’s opinion on that issue was a loser from the start, and it is still a loser today. Indeed, the midterms suggested that more Americans agreed with me about election security than I realized. They are tired of the whole “stolen election” talk on both sides of the aisle. Note that famous liberal election delegitimizer Stacey Abrams was roundly crushed in the midterms as well. Americans essentially said, to both parties, “Enough with all the election-questioning stuff.” (Maybe election skeptic Hillary Clinton should take note, too, if she really wants to make another run at the presidency.)

But while analyzing the effect of Trump’s statements on election legitimacy is of course reasonable, if Republicans think they can just pretend that “OK, that didn’t happen” with Trump and “work around” him — they will have another thing coming.

There obviously is a path forward here. Gov. Ron DeSantis won big in Florida and captured quite a lot of the Trump vote by embracing many of the same Trump policies without as much of the accompanying Trumpy baggage. Indeed, this and other similar conservative wins help instantiate this piece’s key lesson for Republicans throughout the country: This time, as Republicans wrestle with the issues posed by another Trump run at the presidency, they should remember that — for all his flaws — the former president spoke for a lot of average people tired of the bullies throwing them under the bus. I am one of those people, and, unless Republicans plan to stand up to those same bullies with equal force, unless they convince us that their politicians care about the same things we do, they are going to lose a lot of votes in the other direction in 2024. This should be at the front of every Republican’s mind in places like Pennsylvania, Arizona, Michigan, and Wisconsin. For many of us, we are tired of COVID lockdowns and masks and mandates and cancel culture and anti-science green-energy cults and (above all) the erosion of free speech in this country. We want to wake up in a free society, not this increasingly authoritarian dystopia that we find ourselves in.

Trump blasted many of those metaphorical burglars with loud trumpets. I can only hope “traditional” Republicans are listening.

Lucian G. Conway is a professor of Psychology and a Fellow with the Institute for Faith and Freedom at Grove City College.