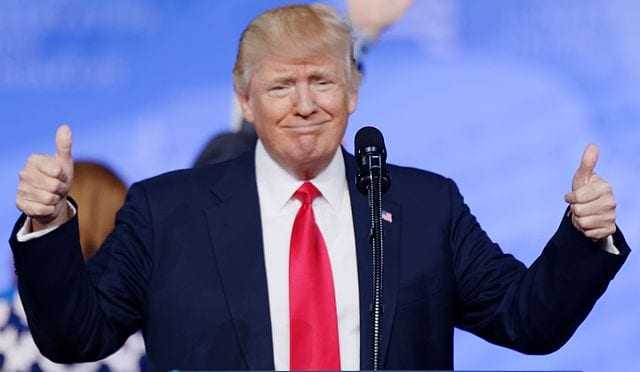 President Trump’s tax, regulatory, and trade policies have sparked a surging U.S. economy. Unfortunately, hidden among all the truly good news, is a serious glitch that may very well be a body blow to an important industry — medical imaging equipment.

The culprit is a recently imposed tariff on sophisticated medical imaging devices; the negative effects of which are magnified because the industry already has been hurt badly by the misguided medical device tax imposed on it by Obamacare. Curiously, the Republican-controlled Congress has failed to repeal permanently that unnecessary and harmful tax, which has cost American jobs and slowed investment in critical research and development.

Make no mistake, the U.S. trade imbalance with China must be addressed. But punishing a domestic industry that supports nearly two million American jobs and generates more than $52.5 billion annually in exports, does far more harm than good. Instead of strengthening the industry, the tariffs add to the burden under which it already is operating; and undercuts our stature as a global leader in healthcare research, innovation, and medical technology development.

While U.S. firms develop, design, and manufacture imaging equipment here at home, they often incorporate parts imported from China and other countries. Imposing tariffs on components made abroad but used to manufacture finished products in the United States, amounts to a tax on inter-company transfers; making it more expensive, not less, for manufacturing to take place here. The consequence of this is that firms may have to reduce their American workforce and decrease their investments in research and development, simply to make up for the revenue shortfalls diverted to pay the higher tariffs.

According to a survey conducted by the Medical Imaging & Technology Alliance (MITA), medical technology companies stand to lose as much as $140 million per year because of the tariffs. Some firms may even choose to bypass manufacturing and assembling their products in the U.S. altogether, in favor of less expensive sites overseas, taking good-paying American jobs with them.

On top of all this, medical device firms are bracing for the long-term financial hit they will have to absorb in 2020 if Congress fails to permanently repeal the medical device tax, which has been temporarily suspended through 2019. Even though the tax failed to generate its projected revenue benefits between 2013 and 2015 (the only two years it actually was in force) by some $2.1 billion according to an analysis by the Pacific Research Institute, a bipartisan measure to repeal the tax has stalled in the Senate; and the Republican leadership in both Houses has appeared unwilling to try and muscle it through.

Heading into an election in which voters identify cost as their number one healthcare priority, making healthcare more expensive through taxes and tariffs should be the last course of action followed by the Trump Administration. This is especially true when the President’s blueprint to lower drug prices is starting to yield promising results, and the Administration has succeeded in reducing burdensome regulations and increasing consumer choices across the board.

It won’t be only consumers who will pay for the taxes and tariffs in the form of higher healthcare costs and diminished access to the latest technology. Research and development will feel the pinch too, leading to less innovation. An alarming report by Ernst and Young found that medical technology research and development investment growth has slowed significantly in recent years, to an average of 4.7% between 2013-2017; down from 15.5% during the years 2000-2007.

Global competition in medical device technology is keen; and markets lost because of reduced research and development of new technologies will not be quickly recovered, if at all. The negative repercussions of taxes and tariffs thus will be felt long after any short-term political or fiscal gains are realized.

Nineteen months into his term, President Trump has set the economy on fire. He has delivered on broad tax and regulation cuts and turned the American economy around. GDP is growing over three percent per year. The unemployment rate has sunk to a 50-year low. Meanwhile, the stock market has jumped 27 percent amid a surge in corporate profits.

Despite the yoke of the Obamacare medical device tax, the medical technology industry has remained a key contributor to this growing economy; but this will quickly change if the tax is allowed to restart and if the tariff is not repealed. Failure to take these two steps will harm patients and cost us leadership in a sector we cannot afford to give up.