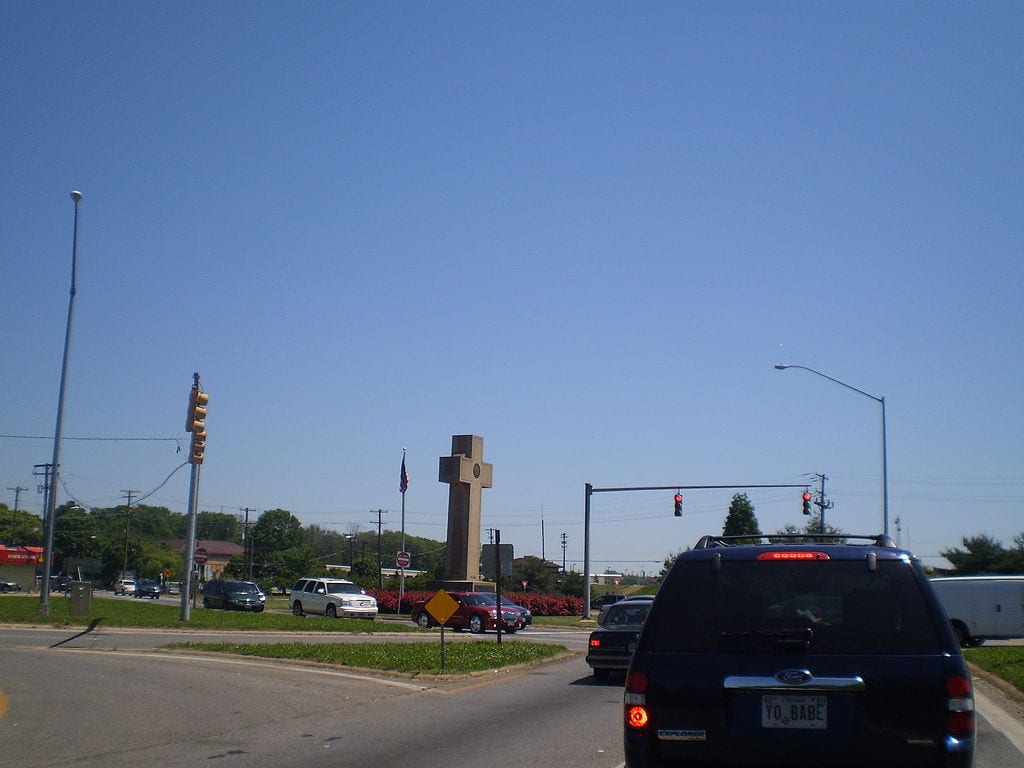 Last Friday, the Supreme Court said it would consider the constitutionality of the Peace Cross in Bladensburg, Maryland, which is said to constitute a violation of the First Amendment’s bar on establishing a state religion. The Court’s action came almost 100 years to the day that the guns fell silent on the Western Front.

The Fourth Circuit says that the Cross “has the primary effect of endorsing religion and excessively entangles the government in religion.” It rejected the contention that the monumental cross, which is surrounded by other memorials erected to honor the veterans and fallen of other wars and battles, was a commemorative symbol honoring the local dead. Instead, the court said the Cross was unconstitutional because it “is the preeminent symbol of Christianity.”

The individual and organizational Plaintiffs want the court to order the Commission to “remove” it, “demolish” it, or “remove [its] arms… to form a non-religious slab.”

One would hope that the Humanist Plaintiffs don’t want to disrespect our World War I dead or the American contribution to the Allied victory. Nonetheless, they are unhappy that they have to drive by Bladensburg’s memorial to that war’s dead.

The United States was pushed into the War in 1917, and it took a while for our Army and Marines to get to Europe. When they got there, they were neither really ready for that kind of war nor well equipped.

Nonetheless, American forces made the Allied victory possible. That there was still a war ongoing says much about the resilience of the British and French forces. Still, John Keegan, the late distinguished British historian, points out that the Americans’ arrival in force was “deeply depressing” to the Germans, who had already “destroyed the Tsar’s army, trounced the Italians and Romanians, demoralized the French and, at the very least, denied the British clear-cut victory.”

For his part, von Hindenburg, Germany’s military commander, concluded, “The American infantry in the Argonne won the war.” The Argonne Forest was difficult terrain well defended, and the Americans largely bulled their way through. Hindenburg explained, “The American attack continued from day to day with increasing power but when two opposing divisions had broken each other, yours were replaced with ten thousand eager men, ours with decimated ill-fed, ill-equipped men suffering from contact with a gloomy and despairing civilian population.”

And, we came in on the right side. The Germans irresponsibly gave the Austro-Hungarians a “blank check” promise of support in dealing with Serbia, which was Russia’s ally. They invaded Belgium, famously dismissing its treaty-guaranteed neutrality as “a scrap of paper,” in order to get to France. During the War, the Germans stripped Belgium of industrial plants and national resources and forcibly deported 120,000 Belgian workers to work in Germany.

Finally, when discussions about a negotiated peace began, the Germans insisted on keeping their territorial gains and indemnities from Britain and France. As Max Hastings explains, “Until 1918, the fundamental options before the Western allies were those of acquiescing in German hegemony on the continent, or of continuing to bear the ghastly cost of resisting this.” The Allies wisely continued to bear that cost and turned the tide with American help.

In November 1918, after the Argonne Forest battle, everyone knew the Allies had won. The Germans were facing problems at home, and their armies in France and Belgium were exhausted. On October 30, the German High Seas Fleet refused to put out to sea, and mutineers broke into armories, seized weapons, and took over Kiel. Their Austro-Hungarian, Turkish, and Bulgarian allies had each asked for a cease fire or an armistice. The Germans forgot about their defeat with time.

World War I opened some cans of worms. The Russian Empire expired, and the Soviet Union, which stirred up trouble until 1991, replaced it. The Austro-Hungarian and Turkish Empires both disappeared; we’re still dealing with the aftermath of the death of the Turkish Empire in the Middle East.

In addition, it left just enough unresolved as to lead to World War II. Hew Strachan writes that, when Germany gave up, “it still stood deep in all territory on all fronts when it laid down its arms; its front had neither been broken through nor enveloped; thus, none of the features of an operational defeat on the battlefield was present.” Better the Allies had driven their tanks down the streets of Berlin.

In all, some 116,708 American military personnel died from all causes in World War I, and many more were wounded. One of the wounded is a grandfather I did not meet; he was gassed. Forty-nine of the dead came from Prince George’s County, and a group of bereaved mothers and others erected the cross to honor their memory.