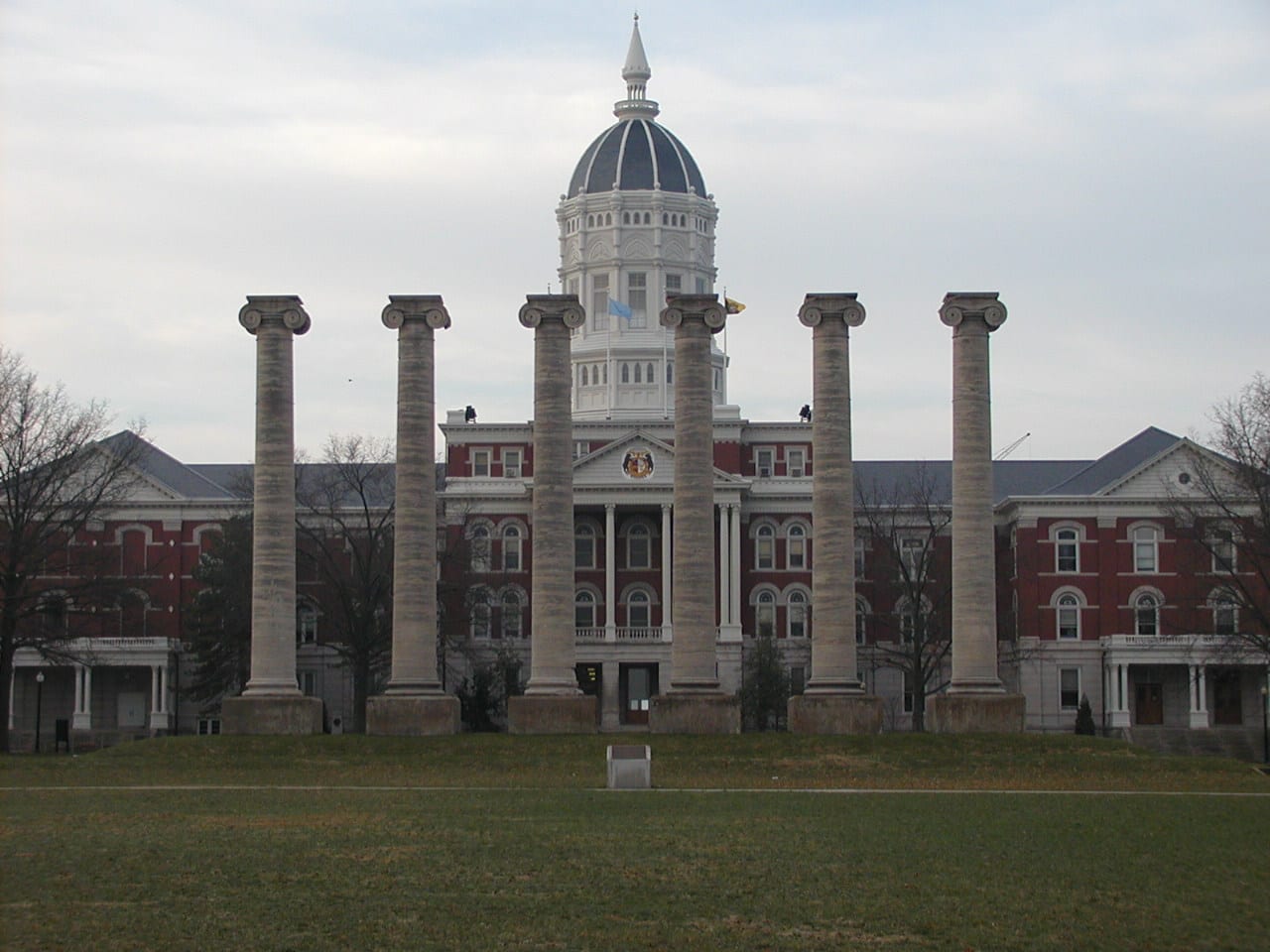 Now that 2018 has joined its elder years in the darkling gloom of history, let us remind ourselves of some liberal idiocies that marred it.

“Baby, It’s Cold Outside” Is Not So Hot

Each Christmas season, retail workers are driven near-insane as they tend to customers while listening to endless loops of holiday music. There is the triumph of Rudolph’s nose, the unrelenting Rumpa-Pum-Pum of that drummer kid, and the jingle bells that go jingle all the way to an unspoken destination, which, being unidentified, becomes as ominous to the questioning mind as a Christmas package wrapped in black paper and bearing a skull and crossbones. But now, if vigilant social justice warriors (SJW) have their grim way, the classic tune “Baby, It’s Cold Outside” may be banned from Christmas Yet To Come as a RAPE SONG.

“Baby, It’s Cold Outside” was popularized in the film Neptune’s Daughter (1949) where it was sung by Esther Williams and Ricardo Montalbán. Montalbán (Star Trek’s Khan) urges Williams (famed for synchronized swimming) to stay longer with him because, he coyly says, “It’s cold outside.” She offers objections to his importunities, including asking him “What’s in this drink?” In post-Bill Cosby times, that sets off alarms, but for oldsters, who remember that drinks were once composed only of harmless mixers and alcohol, the question wasn’t meant to elicit a list of pharmaceuticals, just the potency or quantity of the alcohol in the drink. She’s wary, but there’s no suggestion that the woman is incapacitated.

The woman issues the kind of pro forma objections to staying that are typical of the 1940s. The man doesn’t restrain her with more than his ardent words. She doesn’t leave. Nowhere does the song imply that she’s going to spend the night and have sex with him. It’s not unreasonable to think they might just drink some more and cuddle, but even if cuddling led to intimacy, this shouldn’t offend the female SJWs of today. Brimming with “grrrl” power, why should they think a strong woman must worry about what society thinks — listed in the song as: her parents, sister, brother, “maiden aunt,” and neighbors — about her staying out late or, indeed, coupling with whomever she wishes? Why, the song could be an anthem to a woman systematically overcoming internalized patriarchal conventions to embrace self-realizing passion. The film further supports this interpretation; the Ester and Ricardo version is followed by a reverse version. In it, Red Skelton (known for his clowning) is pursued by a boldly charming Betty Garrett (remembered best as the landlady on Laverne & Shirley). Should Garrett’s character be condemned as a date rapist?

Fortunately, the uproar over “Baby, It’s Cold Outside” showed that the song is still popular, and many voices, including that of William Shatner (Montalbán/Khan’s enemy), insisted it shouldn’t be banned. If it is, an innocent romantic trifle will be lost, and it will be a little colder inside, too.

How Tall Is Your Love

A male Ph.D. candidate at the University of Missouri asked out an undergraduate female. She said no. The young man relented, but then wrote her a romantic note. She said no again, but believing the man had trouble reading social cues, complained to the university’s Title IX office. She said that she didn’t feel threatened or stalked; she just hoped they could help her make her feelings clear to the man. To make a long story short, the college’s Title IX office suspended the man from all four campuses of the University for four years, permanently banned him from the University’s residence halls and its rec center, and required him to complete a four-part remediation plan before he would be allowed to return to campus after his suspension was over. An appeal reduced the campus ban to two years, but the ruinous effect his punishment would have on his career can be imagined. A surprising aspect of the case was the thought process of the Title IX office officials as given in depositions that became public in 2018.

One would think that such a severe penalty would result only if there had been verbal abuse, stalking, physical intimidation, or unwanted contact. No such allegations were in the complaint. He wasn’t her teacher, her employer, or her supervisor, but Cathy Scroggs, the Vice Chancellor for Student Affairs, said the man had “power over” the female because of “his physical size.” He was taller than the woman, and that made his attentions a form of stalking. But there was more in the case than just bad news for the school’s basketball team and their hopes for dates on Saturday nights. Scroggs said, “I think in certain situations that a man could have power over a woman, even if there wasn’t an authority situation [such as a teacher, employer, or supervisor]. I think there could be a feeling of that just by the nature of your gender.” When asked, “So [this] could apply to any situation with any man and any woman?” Scroggs answered, “It could.” Consequently, any man, tall or short, can be said to have power over any woman, taller or shorter, and can have any clumsy attempt to date her get him kicked out of college.

Do you imagine a careful following of the school’s sex harassment policies could save a hapless Romeo? Think again. The man protested that his conduct, as described in the complaint, didn’t fit the college’s written definition of stalking and that the complaint had been altered to make his conduct a violation. Scroggs wrote in response, “The fact that an original complaint does not use specific wording from the definition of stalking does not preclude a finding of a violation.” So, your conduct can be within the written policy and you can still get it in the neck if the Title IX office at the University of Missouri feels like rewriting the complaint against you.

Apparently, only men and women of identical “authority” are permitted to interact romantically at the University of Missouri. If height is an authority issue, might tall men affect a perpetual slump to improve their dating opportunities? Wealth can be associated with authority. Would matching tax returns be needed before dating? Authority tends to bring a good standard of living with substantial nutrition and often increased girth. To balance authority, weights would have to match. A teeter-totter could be used to assure equality in poundage. A 200-pound man and 120-pound woman who fell in love might be forced to drastic dieting and/or extreme weight gain to be a politically correct couple. Smart people tend to project authority in society. Would IQs have to be displayed on mandatory T-shirts so no inequality might result in campus romances? It might be hard to find some IQs low enough for matching partners at Missouri U’s Title IX office. Sad for them but it might be well for mankind as it may limit the reproduction of their kind.

The Customer Is Always Right — Unless He’s On the Right

Sane Americans are aware that the dread affliction of Trump Derangement Syndrome has afflicted large numbers of our fellow citizens, especially plaguing those who wear manbuns, hang crystals on their cat’s collars, carefully buff the worn Hillary 2016 sticker on the bumper of their Prius, or donate to NPR because they think it is an unbiased news source. Despite this awareness, it can still be shocking when, like the alien-possessed Donald Sutherland in The Body Snatchers, an outwardly normal-appearing human being suddenly starts pointing and shrieking “F*** off! Racist m*****f***er!” when they see something that reminds them of President Donald Trump. That happened in December at the Xhale City vape shop in Tucker, Tennessee. A customer wearing a MAGA hat and a shirt bearing a pro-Trump sentiment walked in to buy some of what that store sells and instead got subjected to more F-bombs than Snoop Dog burns through in a year.

A second customer in the store, a black man, had arrived first, but the clerk skipped serving him when he saw the Trump supporter. He wanted the smug thrill of hounding the “racist” Trump guy from the store. When that didn’t happen, a Krakatoa-scale eruption of obscenities ensued. While the Trump customer recorded the encounter with his phone, the clerk, a kid with a scraggly ginger beard better suited to an Amish buggy driver and not a would-be hipster, screamed more and more abuse, shriller and shriller, till his voice hit castrati-on-helium levels. The tirade nonsensically included calling the Trump guy, a white man, the N-word, in front of the black man. Finally, the clerk sold the Trump customer the product he wanted. The customer left and posted the video online. The mega-MAGA hat meltdown went viral, and the clerk became 2018’s Triggly Puff. He was fired but there are hopes among his fellow nuts for a GoFundMe rescue so he can lurk in some other locale whence he can pop out to swear and slather at passing Trump supporters.

The incident prompted one humorous fellow, presumably before the firing, to post an inquiry on Yelp about what the vape store sells:

“Can I buy a MAGA hat and shirt?
Larry W.

This got the wry answer:

“Yes Sir. Head inside and ask the guy behind the counter.”