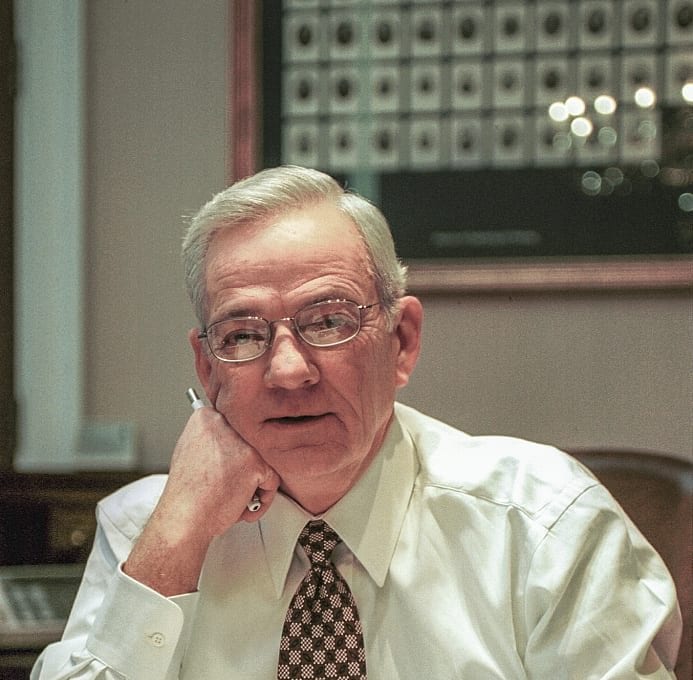 Paul O’Neill died last week of lung cancer at age 84. Most of the obituaries centered around his tenure as George W. Bush’s Treasury Secretary or his time leading industrial heavyweight Alcoa. Few focused on a key element of O’Neill’s legacy: what he referred to as our “pursuit of a just society.”

Prominent people like Paul don’t just spring out of nowhere. I had the privilege of working with him in the Nixon administration, during his influential years at the Office of Management and Budget (OMB). Paul had graduated from Fresno State College — chosen, he once told me, because his uncle lived nearby and that meant free board. From there he joined the Veterans Administration, moving after several years to the old Bureau of the Budget (BoB). In those days, many of the very top civil servants ended up there because of its widespread influence and importance, and Paul was certainly one of them.

In 1970, BoB was transformed into OMB — along with creation of the Domestic Council, where I became associate director. Paul was named associate and then deputy director of OMB, right at the time this agency added management responsibilities to its budgetary oversight responsibilities. It wasn’t just Paul’s vast budgetary knowledge but also his thoughtful input into domestic policy initiatives that led many White House staffers like me to seek his input and advice on how to achieve a wide variety of Nixon’s domestic goals.

Decades later, it was Paul’s phrase that so aptly described Nixon’s approach to domestic initiatives: “pursuit of the just society.” I first heard him use this phrase during the June 2, 2010, Nixon Legacy Forum on Welfare Reform that we put on at George Washington University. While the title wasn’t used during the Nixon administration itself, it is a very apt description — and Paul repeated it in his July 14, 2010, interview at the Nixon Library.

I have used it ever since, because it seems to capture precisely what Nixon — better known for his interest and expertise in foreign affairs — was trying to accomplish on the domestic front. It is as though the newly inaugurated president, having been elected mostly in reaction to the civil unrest emanating from opposition to the Vietnam War, looked out across the American landscape and asked, “OK, so who has a legitimate bitch?”

He and his administration then launched a series of initiatives in response, which included desegregating the Southern schools, reforming and then ending the military draft, enacting the 18-year-old vote, quadrupling the number of women appointed to government positions, restoring the rights of Native Americans, proposing comprehensive welfare reform, launching the “war on cancer,” delegating government grant-making authority closer to the people through revenue sharing, cleaning up the environment, restoring respect for law and order, halting the Supreme Court’s progressive movement under Earl Warren, and breaking the back of the nation’s heroin epidemic.

We worked on these initiatives as individual projects. But for Paul, especially in looking back, there was a cohesive focus that centered on helping the individual. It was a time when government was seen as part of the solution — and Paul was rightfully proud of all that had been accomplished.

Paul left government service at the conclusion of the Ford administration, but he quickly found that his approach to problem-solving and skill set was equally successful in private enterprise. Even so, he remained the GOP’s “go-to guy” on federal budget issues for decades, which is what culminated in his being named Treasury Secretary.

His record at Alcoa, where he not only produced record results, but also focused on the individual, was stellar. He pioneered an emphasis on worker safety that achieved huge reductions in on-the-job accidents. His budgetary background also contributed to his leadership role in closing the company’s books. It got to where Alcoa was not only the first Fortune 500 company to announce quarterly and annual results, but the company did so within two days of the close of each reporting period.

He was our 43rd president’s first Treasury Secretary, but his independent voice led Bush advisers to urge he be jettisoned before the 2004 reelection campaign. Paul had an occasionally disturbing way of saying precisely what he thought about any particular issue. He told me, after returning from a much-publicized tour of Africa with Bon Jovi, that purifying Africans’ drinking water would be the most cost-effective improvement imaginable, but that the leadership seemed overly focused on more grandiose projects.

Paul was not at all a partisan. He once explained OMB’s responsibilities this way: “If the president decides he wants a pig on each porch each afternoon, our job is to tell him how best to achieve that outcome.”

Paul will be missed, but most of all by his family — which includes his former colleagues in government.