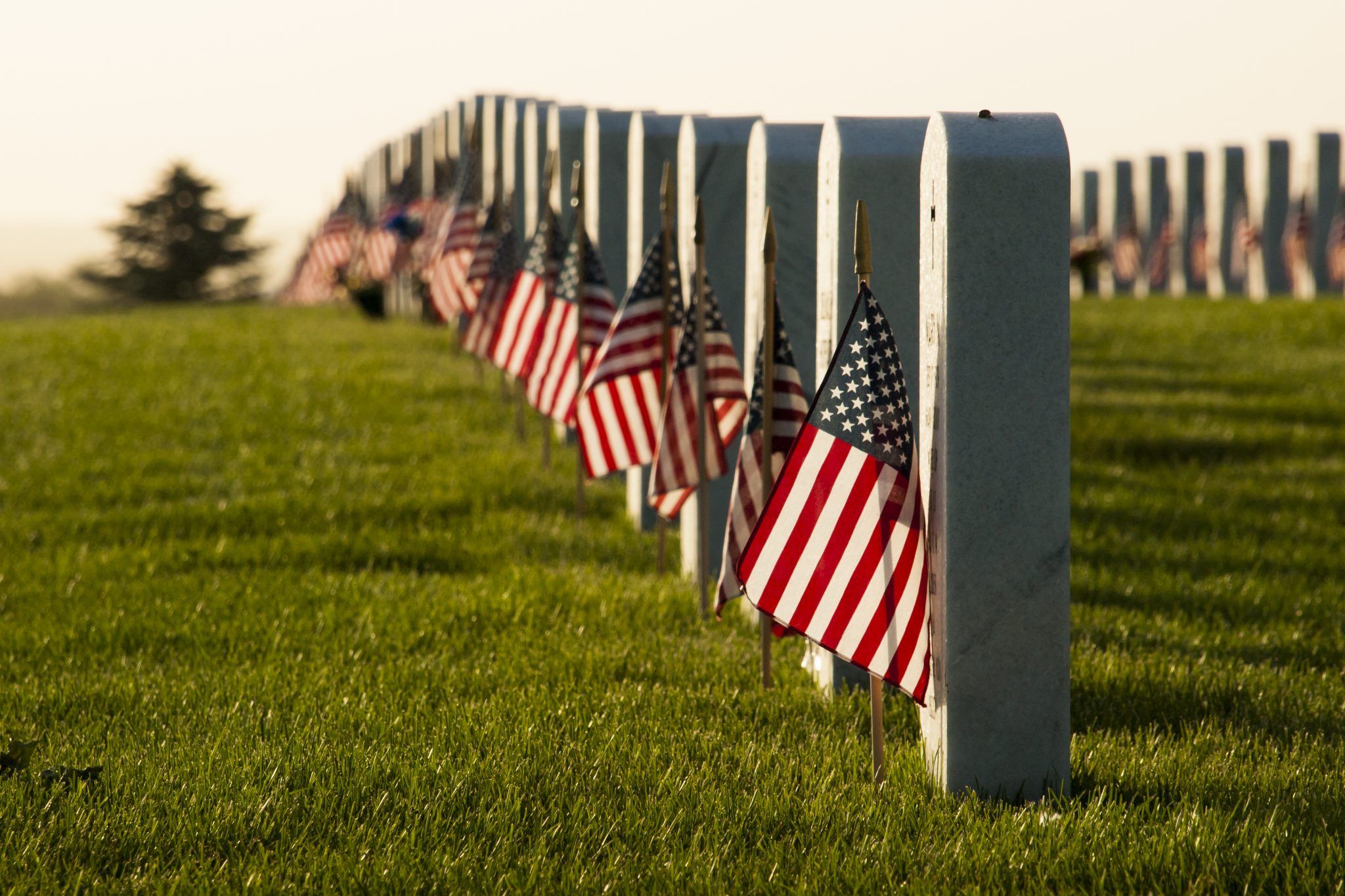 If you open a paper this week, you will see ads for Memorial Day sales. Your inbox is probably being inundated with such ads. Along with sales, Memorial Day images include BBQs, parties, and pool openings. It’s the official beginning of summer. Many people travel to a beach, a lake, or a mountain. Some traditions include visiting a memorial park or a cemetery to honor the fallen. Whatever you do this Memorial Day weekend, spend a few moments thinking about the real meaning of the day.

It’s the day to remember those who gave their lives to keep our country safe and free so we can work toward prosperity. Memorial Day began as Decoration Day after the Civil War. The graves of the fallen soldiers were decorated to honor what they sacrificed — their lives — to keep our country united. Credit for Memorial Day goes to John Logan, who served as an Illinois congressman prior to the Civil War, volunteered as a Union soldier and was promoted during the war to general. In 1868, he issued an order to honor those who had died in the war.

“The 30th day of May, 1868, is designated for the purpose of strewing with flowers or otherwise decorating the graves of comrades who died in defense of their country,” the order said. “We should guard their graves with sacred vigilance.” Logan described their deaths as “the cost of free and undivided republic.”

More than 600,000 American soldiers died during the Civil War, which remains the most deadly war for Americans.

While not all of us are called to serve our country in the armed forces or the political arena, we can all make a difference through the ways we live our lives. With freedom comes responsibility — responsibility to ensure that our freedom is maintained. Freedom is never free; it comes at a cost of lives, vigilance, time, and effort.

The Declaration of Independence provides the foundation for our country: “We hold these truths to be self-evident, that all men are created equal, that they are endowed by their Creator with certain unalienable rights, that among these are Life, Liberty and the pursuit of Happiness.” We have life and liberty and must guard them both, but we are provided only with the opportunity to pursue happiness, not a guarantee of happiness. Whether you achieve happiness is up to you and is not the responsibility of our government.

In November 1863, then-President Abraham Lincoln reminded us of our responsibility when he delivered his address at the dedication of the Soldiers National Cemetery at Gettysburg, Pennsylvania. The Civil War was still raging. He was not the main speaker for the day but had been invited as an afterthought. His speech was so short (less than two minutes) that the photographer did not have time to get a picture of him delivering it.

Its 278 words don’t include “I” or “me,” but they do take the audience from our start as a nation and the American Revolution to Lincoln’s wishes for the future of our nation.

Four score and seven years ago our fathers brought forth, upon this continent, a new nation, conceived in liberty, and dedicated to the proposition that “all men are created equal.” … It is rather for us, the living, to be here dedicated to the great task remaining before us — that, from these honored dead we take increased devotion to that cause for which they … gave the last full measure of devotion — that we here highly resolve these dead shall not have died in vain; that the nation, shall have a new birth of freedom, and that government of the people, by the people, for the people shall not perish from the earth.

This Memorial Day, do as millions of others will be doing by spending a minute in silence at 3 p.m. local time, the National Moment of Remembrance. Remember the military men and women who have made the ultimate sacrifice for our safety and freedom. After Memorial Day, take an interest and get involved in what it means to be an American. Help others understand the importance of being an American and living out the American dream. Educate your children about those Americans who have died so others could remain free, and reach out to veterans who were able to return home.

Let’s give thanks and increase our devotion to our country so our military men and women will not have died in vain.