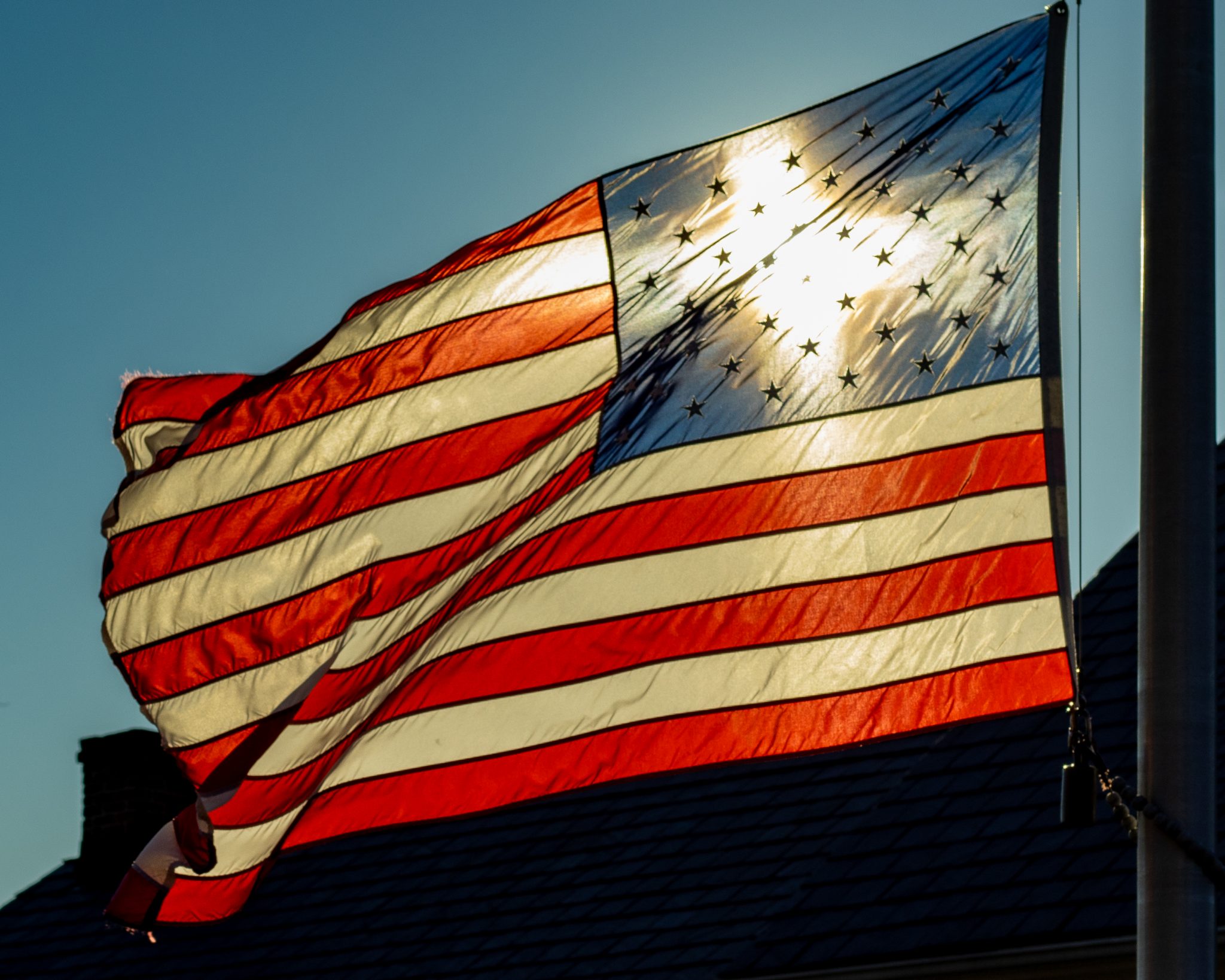 It’s impossible to divorce politics and religion. We earnestly hope people are motivated in their political commitments by their deepest sense of who they are and what is their purpose here and are imbued with the consciousness that we are all parts of something much larger than ourselves, narrowly conceived.

The question is really what is the right relation of the two.

Some of America’s greatest leaders understood this.

Because it deals with the whole of human nature and its deepest questions, we need religion to inform our commitment to bring our best to society and the world.

George Washington was not renowned for church-going piety. But when examining his letters and speeches, you find a constant awareness and mention of divine providence. He saw the workings out of the long struggle for independence as the workings of God’s governance, bringing humankind towards its true happiness by building a society based on its own self-governance.

John Adams saw the divine underpinning in a complementary way. Self-governance must begin with the individual governing of one’s own self, and this is made possible by morality and religion (for him, these two were inextricable if not identical).

For Lincoln, the only hope of saving people from the great horror of civil war lay in “the mystic chords of memory” and the “better angels of our nature.” And the only hope of reuniting the nation lay in having “malice toward none … charity for all, [and] firmness in the right as God gives us to see the right.”

Lincoln’s religious understanding was tempered throughout by his awareness both of the incompleteness of the human grasp of the Infinite and the simultaneous need for human action. In a manuscript unpublished in his lifetime, Lincoln wrote,

In the present civil war it is quite possible that God’s purpose is something different from the purpose of either party — and yet the human instrumentalities, working just as they do, are of the best adaptation to effect His purpose.

True humility was the result, and through it the possibility of reconciliation.

Martin Luther King, Jr., was a clergyman, and his political vision relied on the religious vision for its power. The closing line of his most famous speech makes the persuasive case that the political policies for which he was advocating flow out from that which unites us all, the subject of religion:

The religious views of each of these great Americans were remarkably deep, and even in times of war, they strove to embrace everyone in a religious vision that was generous and inspiring and would in the end no longer depend on force and imposition.

Great leadership is a rare thing. More often, religious and political leaders take the shortcut of using force to impose a unity to their own liking, and so much the worse for those who differ. To such mediocrities, the constitutional guarantees of freedom of speech and of religion are at best irksome. They and their followers believe they have the whole truth, and those who differ must be made to stop differing. Ultimately, they seek to control not only speech but thought itself. Never acknowledging that they have in fact made their thought a de facto religion, they have learned to exceed the intolerance that marred the history of traditional religions. Supremely unreflective, supremely uninterested in anything beyond their own orthodoxies, they cause misery on a grand scale and use every tool possible to suppress the inevitable reaction.

The fact that the instrument of suppression today is the media, especially the electronic variety, is the hallmark of our American contribution to misgovernment and false religion. If one can control the people’s diet of information, then one can control a society without lots and lots of secret police. Much as some boys’ schools in the not-too-distant past spiked their students’ food with saltpeter to neutralize the teenagers’ surging hormones, the media hopes to control the populace by a kind of informational desexing.

We cannot control the media, but ideas are hard to cap. Truth will out. It is crucial not to despair and desert the political field to ersatz religious truths, which mimic only the mistakes of the historical religions and not what they learned from them.

Because it deals with the whole of human nature and its deepest questions, we need religion to inform our commitment to bring our best to society and the world. Seeing the divine spark in each human being is the core task, and the clarity of that idea can make constructive discussion possible, for no one is excluded from it. The specifics of our religious traditions serve to emphasize the power of the unity that holds them all, honoring the truths in the search for oneness and pushing us to go further.

It is in search of that more perfect union, in every sense, that our Constitution allowed no religious test for political participation and guaranteed the right to worship freely. The government would be dependent on the people’s religion rather than imposing its religion on them.

As George Washington put it,

All possess alike liberty of conscience and immunities of citizenship. It is now no more that toleration is spoken of, as if it was by the indulgence of one class of people, that another enjoyed the exercise of their inherent natural rights. For happily the Government of the United States, which gives to bigotry no sanction, to persecution no assistance requires only that they who live under its protection should demean themselves as good citizens, in giving it on all occasions their effectual support.

That sets a high bar, and we have often fallen short of it. But as a goal to be ever more perfectly realized, it is without compare. Certainly this goal still will inspire when the shallow, faddish crypto-faiths that seem so strong today will provoke derision, or better, pity.