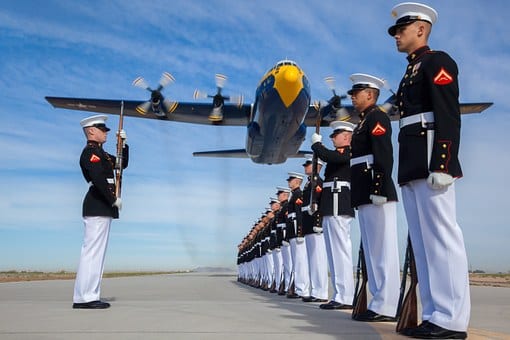 It’s been a long time since a common rite of passage among our nation’s men was to put on a uniform and defend your nation, community, and family. Yet at a time of increasing hyperpolarization in our country, as well as the deteriorating state of our nation’s youth in mind, body, and soul, national military service may be an idea worth considering once again.

National service has been ever-present in our country’s history. From militias in the Revolutionary War era to the wartime drafts in the Civil War, World War I, World War II, Korea, and Vietnam, to peacetime drafts through various parts of our nation’s past.

The legacy from those eras of conscription still remain in the form of the Selective Service system, which many of us remember being notified that we needed to register for upon reaching age 18.

The Selective Service system also has been the subject of debate in recent years, as many persons have considered whether women should register for it as well – such as during the 2016 Presidential election when Democratic nominee Hillary Clinton called for such.

Among other republics and democracies in the world national service is relatively common, from the nations of Europe to Africa, from the Middle East to Asia to South America. Conscription began falling out of favor since the end of the Cold War, as the general state of worry over military conflict faded.

Perhaps the most noted military conscription program is that of Israel, which requires all men and women to serve about two years in the Israel Defense Forces (IDF), with few exceptions. While brought about by military necessity, it has also cultivated an Israeli citizenry that has the character, grit, and sense of duty to keep their nation thriving.

It used to be that way in America, as serving in the military was a relatively common experience. In 1980, veterans totaled 18% of adults in the United States. In contrast, by 2016 that number had fallen to 7%.

At a time when our nation is reeling from divisions along seemingly every line possible, it is worth considering a common and shared experience as national service to reconnect our country together. The benefits are very clear in other nations, as despite often no overt military conflict conscription still provides a variety of security and social benefits to the country.

Undoubtedly the implementation of a conscription program, not seen in our nation for almost half a century, would be difficult initially. Not only have the times and culture changed, but so has the very nature of our armed forces.

Our military nowadays is an extremely high-tech organization and finding how to best utilize the massive manpower from our almost 330 million person nation would require careful delineation.

Furthermore, many of our nation’s youth, estimated currently at 71% of those between the ages of 17 and 24, are grossly unfit for military service. Creating a new conscript category and integrating them usefully into the nation’s military would be challenging, but given how seemingly every other nation is able to do it effectively we undoubtedly can find a way to as well.

The idea of national service would undoubtedly require a significant period of pilot programs and testing. The idea has been proposed frequently in the national discourse throughout the years and particularly during the Iraq and Afghanistan Wars. It is a big, nation-changing policy that certainly, if it gets further traction and consideration, would be a serious national debate.

National service is a very realistic program that could do a lot in solving many of our nation’s otherwise seemingly unsolvable problems, as well as reigniting reflection on the meaning of citizenry in a republic.

I think it is worth considering at our present time, as, although it seems a big change, nonetheless could revive our American spirit and heal our nation in an extraordinary way.