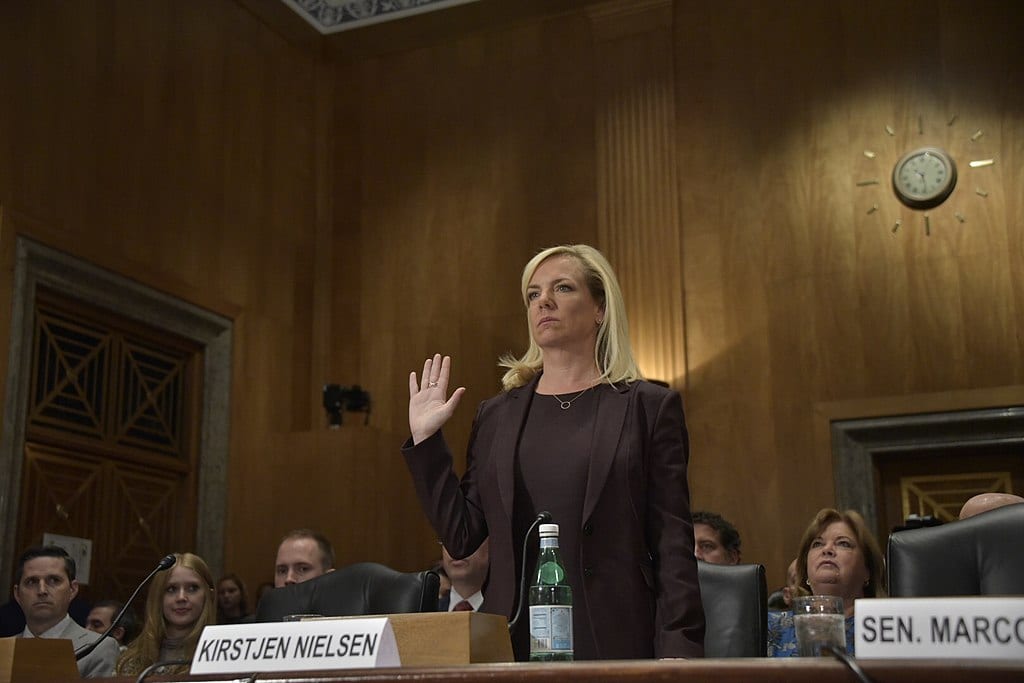 We just can’t kick the habit. Or the media can’t, which comes to the same thing, given the media’s habitual deference to its customers — you and me and Neighbor Jones.

We’d rather hear about Donald Trump than about the specific problem he believes himself, on particular occasions, to be addressing. And so today’s big story on the Mexican border mess is all about DJT’s “purge of the nation’s immigration and security leadership,” to quote the New York Times.

The story is a story. But it is not the story: the story, that is, of a mass migration that existing governmental procedures are too weak to inhibit. Thus, what do we do? How do we preserve America’s reputation as a simultaneously welcoming and politically stable country? Is Trump advancing the cause or not when he shows Kirstjen Nielsen the door — none too genteelly, we may assume — as secretary of Homeland Security and proceeds from there to overhaul the top ranks of the department?

The answer likely depends on your opinion of Trump — as do all judgments to which we are dolefully invited these days.

Either the chief magistrate is a low-rent swine, or he’s a faithful laborer against the “deep state.” Such are the choices with which political discourse, online or at the microphone, usually leaves us. Left undusted-off are the underlying questions: What’s the problem? What needs doing about it?

You don’t get by for long without posing, and attempting to answer, those questions. I suspect most of us would not recognize Ms. Nielsen if she were ahead of us in the Kroger checkout line. I suspect most of us, without much labor, could imagine the implications of turning the Southwestern United States into a destination for every Honduran, Guatemalan, or Salvadoran with a painful story to tell about life back home.

This matter is a hard one — painfully hard. The United States, pace the president’s assertions and the absurdity of his threats to “close” the U.S.-Mexico border (talk about unbelievable promises and undoable tasks!), has ever welcomed refugees and always will — however, on its own terms, not the terms of those who’ve decided to live in the American house, never mind what the landlord says.

I have been on church mission trips to Honduras. The Hondurans are, as Texans say, good folks. But is opening wide the gates to them, and to others from the region, the answer to their hardships? This does not compute.

Corrupt government and the disappearance of social morale — leading to poverty, economic sloth and gang-led crime — have pointed many to the conclusion that flight is the only answer. The United States should act all the more sympathetically here for having failed, first, to recognize an obvious interest in the welfare of neighboring nations and, second, to create aid programs that enhance democratic capitalism and personal safety. However, from America’s blindness to patent needs you can’t jump to some fanciful American duty to make up for it all through general overhaul of its laws and policies governing refugees. The political instinct so to do is the same that stokes ever-sillier, ever-more-fervent talk of financial “reparations” to the descendants of African slaves.

No nation does everything right. No nation can, given the ongoing defects of human nature. Anyway, it’s too late for replanting the Garden of Eden.

The best America can do about the refugee tide to the south is to:

Well, it beats chewing the rug over Trump any old day of the week, doesn’t it?