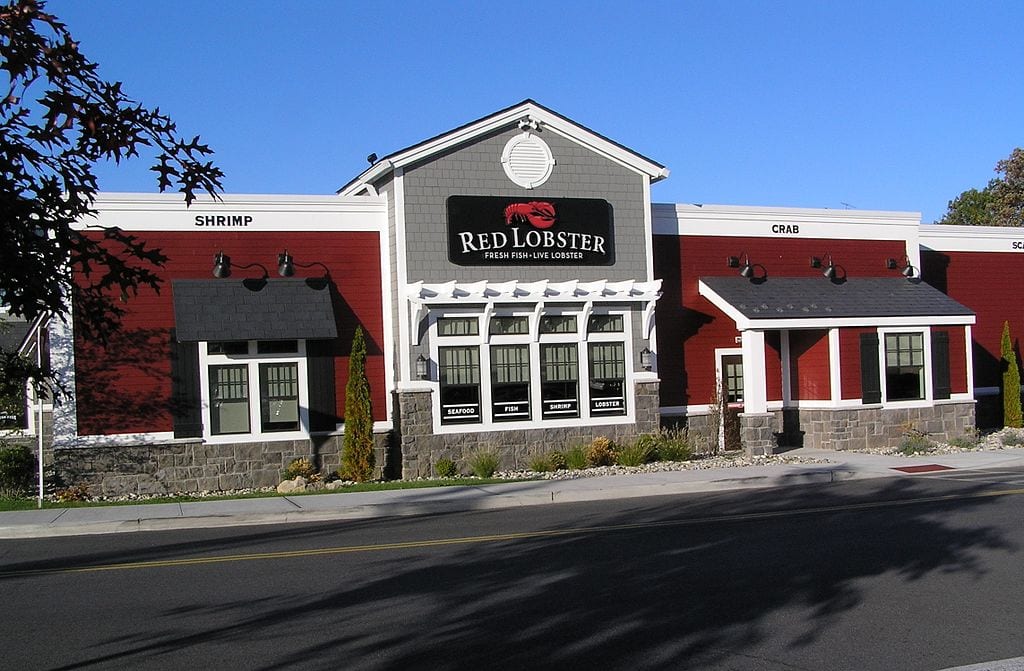 I had a great dinner at a local Red Lobster the other night. The crab cakes were excellent, the staff and service friendly and terrific.

But alas that was my last meal at the Red Lobster.

The Red Lobster, which I thought was in the business of selling seafood dinners and lunches, is in another business altogether: leftwing politics.

The company, owned by an outfit in San Francisco called Golden Gate Capital, is run by a slew of Hillary Clinton supporters who have decided to follow a prompting from an ex-Clinton staffer and make censorship their main product, joining the anti-free press jihad that has made it their business to silence conservatives in the media. The latest example is the targeting of Fox’s Tucker Carlson, with the Red Lobster officiously and piously announcing the following:

Unmentioned in the announcement from Red Lobster was this, per a report in the Washington Times:

Ahhh, but of course. Once again the extreme far-Left is on yet another anti-free press and free speech jihad, this time bullying Red Lobster.

Then again, maybe it isn’t bullying after all. In plunging into politics by joining the side of the leftwing thugs, a closer look at those running Red Lobster reveals that there is, in fact, a built in leftward bias at the very top of the company that owns Red Lobster — Golden Gate Capital.

Take Golden Gate Managing Director David Dominik. Dominik is described here at Bloomberg as the President, Managing Director/Chief Investment Officer, and Co-Founder of Golden Gate. Un-mentioned in the news from Red Lobster is that Mr. Dominik was a champion donor to… wait for it… Hillary Clinton. Yes, between his contributions to the Hillary Victory Fund, the Democratic National Committee, Hillary for America, and the Hillary Action Fund, Dominik contributed a whopping $272,600 in just one month — September of 2016 — according to FEC records.

• Golden Gate Managing Director Joshua Olshansky, a Hillary Clinton and DNC contributor in the amount of $50,000 in 2016.

Which is to say, half of the managing directors of the firm that owns Red Lobster, including the president and co-founder, between them, gave almost $400,000 to Hillary Clinton, Tim Kaine, and the Democratic National Committee. There’s more.

Over at The Wrap, reporter Jon Levine noted this:

Liberal activist Judd Legum and others flagged Carlson’s comments about women to Red Lobster president Salli Setta and tagged the Women’s Foodservice Forum, of which she is a board member.

While Ms. Setta is not listed as making any campaign contributions to anyone, the same cannot be said of Hattie Hill, the president of the Women’s Foodservice Forum on whose board Setta sits. Again according to the FEC, Ms. Hill contributed $4,700 to two Hillary Clinton committees.

And oh yes. The aforementioned “liberal activist Judd Legum”? The New York Times said this in an article in 2015 on the subject of candidate Clinton vetting herself in preparation for the 2016 campaign:

She is also close to hiring a research director for her likely campaign, a role that in the 2008 race was filled by Judd Legum, currently the editor in chief for the liberal news site ThinkProgress.

And Fox News issued this statement:

We cannot and will not allow voices like Tucker Carlson to be censored by agenda-driven intimidation efforts from the likes of Moveon.org, Media Matters and Sleeping Giants. Attempts were made last month to bully and terrorize Tucker and his family at their home. He is now once again being threatened via Twitter by far left activist groups with deeply political motives. While we do not advocate boycotts, these same groups never target other broadcasters and operate under a grossly hypocritical double standard given their intolerance to all opposing points of view.

So. This is how the anti-free press and anti-free speech censorship game has been run on Tucker Carlson.

Golden Gate Capital, which owns the Red Lobster chain, is run by Hillary Clinton and Democratic Party financial pooh-bahs. Judd Legum is a former Hillary Clinton staffer. Legum, and doubtless the rest of the Golden Gate gang, but of course, detest Fox News and, in this instance, the popular Tucker Carlson in particular. So ex-Clinton staffer Legum targets the Golden Gate-owned Red Lobster, whose owners are Clinton contributors. Specifically they target Red Lobster president, Salli Setta, specifically citing Setta’s role as a member of the board of directors of the Women’s Foodservice Forum (WFF). They target the WFF. And the president of the WFF, Hattie Hill, is, as is true of those Golden Gate Capital managing directors, a contributor to Hillary Clinton.

And voilà! From Clinton staffer to Clinton donors and owners of the Red Lobster out comes this pious statement from Red Lobster announcing that it will no longer advertise on Tucker Carlson’s show because Tucker does not “reflect our core values.”

Let’s be clear. When the curtain is pulled back, the real “core values” that run the Red Lobster, courtesy of the network of leftwing activists disguised as corporate officials, are contempt for a free press and free speech.

Not to mention a contempt for its own customers — like me.

Goodbye, Red Lobster. You will be missed. But I like my seafood served without a side of pro-censorship, extremist left-wing politics.