Just in case you were not already quaking in your fuchsia suede platform boots, the Paris fall/winter couture shows offer proof. To judge from the hemlines at notable houses like Chanel and Dior, we’re in for a rough economic ride.

A Wikipedia article explains, at length (pardon the pun). It’s called the “hemline index.” When economic times are good, hemlines rise. Think of the Roaring ’20s, the Swinging ’60s. But when things look grim, skirts lengthen. The 1930s Depression era saw a retreat from flappers’ knees, and I personally remember with considerable horror the two-inch-below-the-knee rule of the 1980s skirt suit. (We’re not going to talk about shoulder pads. I’m still suffering from post-traumatic shoulder-pad disorder.)

At Chanel’s fall/winter 2022–23 show, models slouched along the runway in lumpen, mid-calf tweed suits, baggy pants, and coat-dresses your granny would have worn to the club for lunch with the girls. Let’s give credit where credit is due: most of the garments had pockets, and the models had jammed their hands in them just to drive home the point. (Pace Miss Manners, who would remind us that One Does Not Do That.) Pockets are what passes for women’s lib these days. I know Chanel is under new leadership, but Kaiser Karl is barely cold! WWKLD? 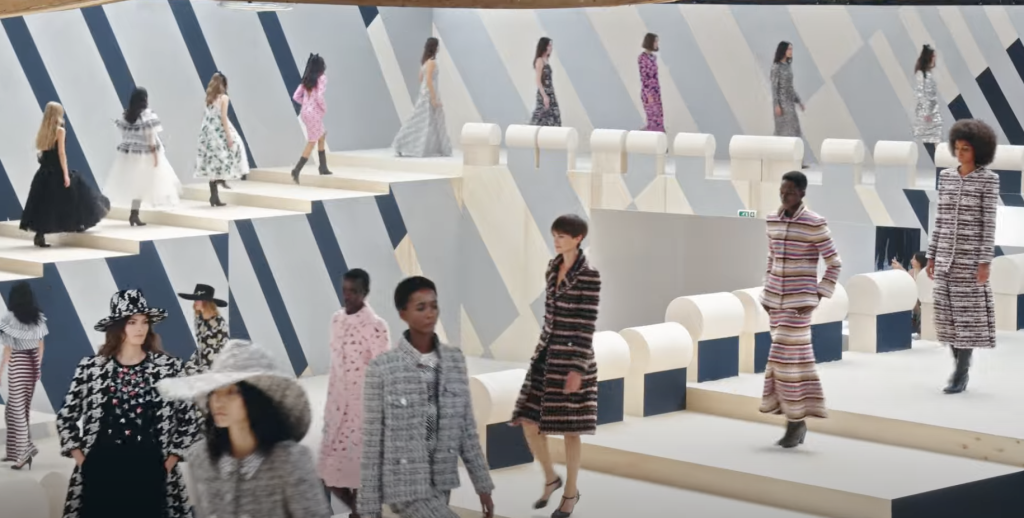 Dior offered a revival of the prairie dress, that universally unflattering, floor-length flour sack last seen in the 1980s. I saw smocking, I saw plaid. And so much black. I think I saw Wednesday Addams on the front row, but I can’t be sure. Perhaps she was on the catwalk — I did notice some long, black braids on the models. There were also a number of garments that put me in mind of quilted bathrobes designed for especially cold and drafty houses.

Maybe they’re still having fun over at Schiaparelli, I thought. Not happening. The first minute and a half of their show was pure black, with only a church bell tolling (for thee). Look No. 1? A knee-length suit with … an acid-green apron! Not only do we have to go back to work at the funeral parlor, but we’re expected to whip up snacks, too. There were plenty of bare or thinly-veiled breasts, and some shorter skirts (and hats, sleeves, and handbags that looked like baby Cousin Itts), but again the knee-length prevailed.

Balenciaga? Let’s see. Kim Kardashian was among the A-listers who walked for this hipper-than-hip house. La Kim wore — wait for it — a longer-than-knee-length black dress. (On her, the shiny pleather catsuits also featured in the show might have drawn snickers; after all, hers is the butt that allegedly busted Marilyn Monroe’s “Happy Birthday, Mr. President” dress at the Met gala this year.) In a welcome note of contrast, Nicole Kidman appeared in Reynolds wrap. Many of the models wore full-face black masks. And I thought the pandemic was so last-year. Talk about cancel culture! The models and the clothes were reduced to silhouettes, mono-dimensional, as though cut from black paper. In another ambiguous aside to the battle of the sexes, the male models had handbags but were spared heels. 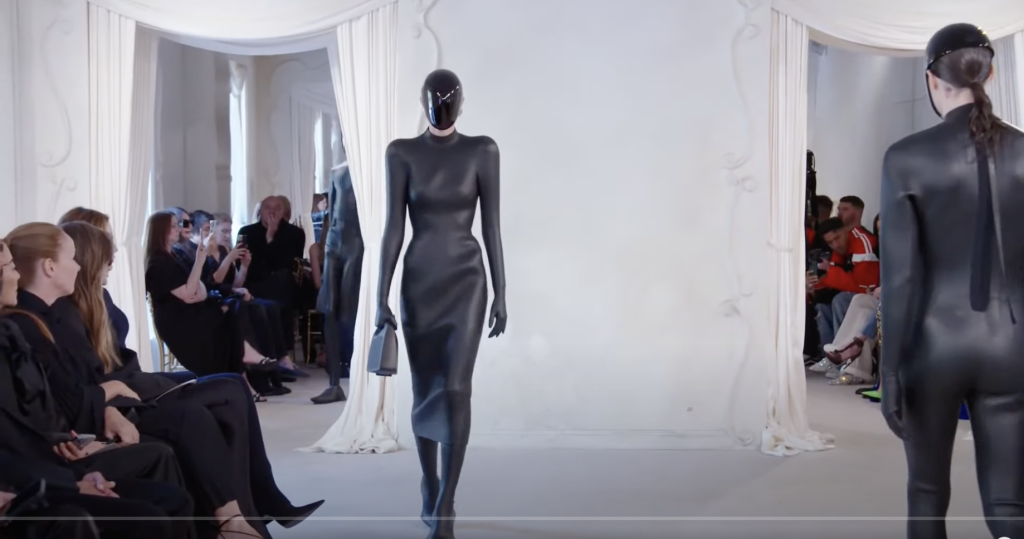 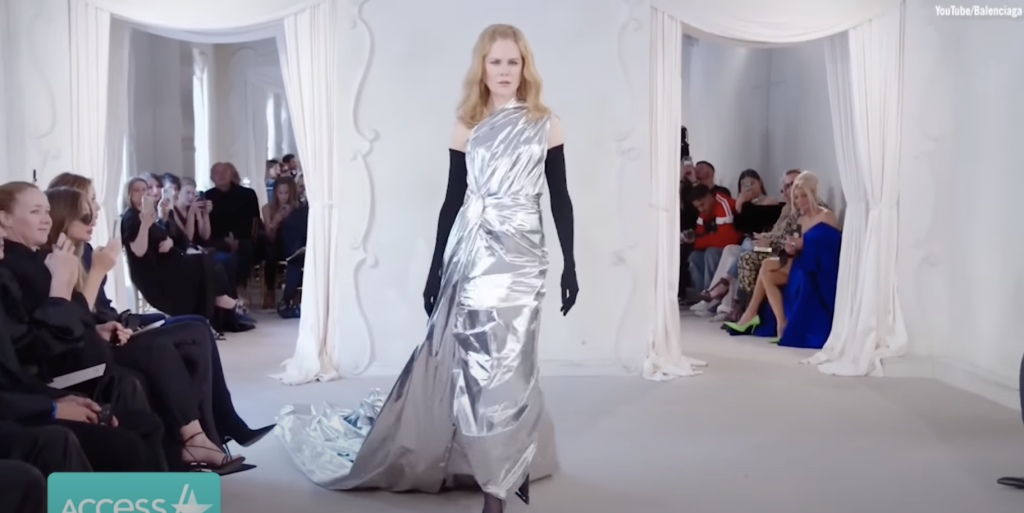 The dominant themes in these collections were sadness, solemnity, and sobriety. I don’t know about you, but if I were to drop five figures on an ensemble it wouldn’t be for something to wear to a corporate board meeting, or a funeral, or to disappear entirely into inky shadows.

In “The hemline and the economy: is there any match?” (Econometric Institute, Erasmus School of Economics 2010), authors Marjolein van Baardwijk and Philip Hans Franses collected monthly data on hemlines from 1921 to 2009 and evaluated them in light of economic records. They concluded that there is a correlation, albeit with about a three-year lag. They predicted ankle-length skirts in 2011 and 2012. My quick review of Chanel Fall-Winter 2011-12 revealed classic knee-length day-wear looks — a skirt length attributed to Wallis Simpson. It was much the same story at Dior that year. So it’s not 100 percent accurate.

Perhaps the hemline index belongs right up there with the wooly caterpillar as an augur of bad times a-coming. As they say, everything is easy to predict except the future. Personally, I think we’re in for a rough economic period.

Either way, the next time you ogle an ankle, tell yourself it’s research.

Betsy Dorminey is an attorney in Georgia and an entrepreneur in Vermont, Her columns have appeared in The American Spectator, Western Journal, Townhall, Vermont Digger, and the Hill.