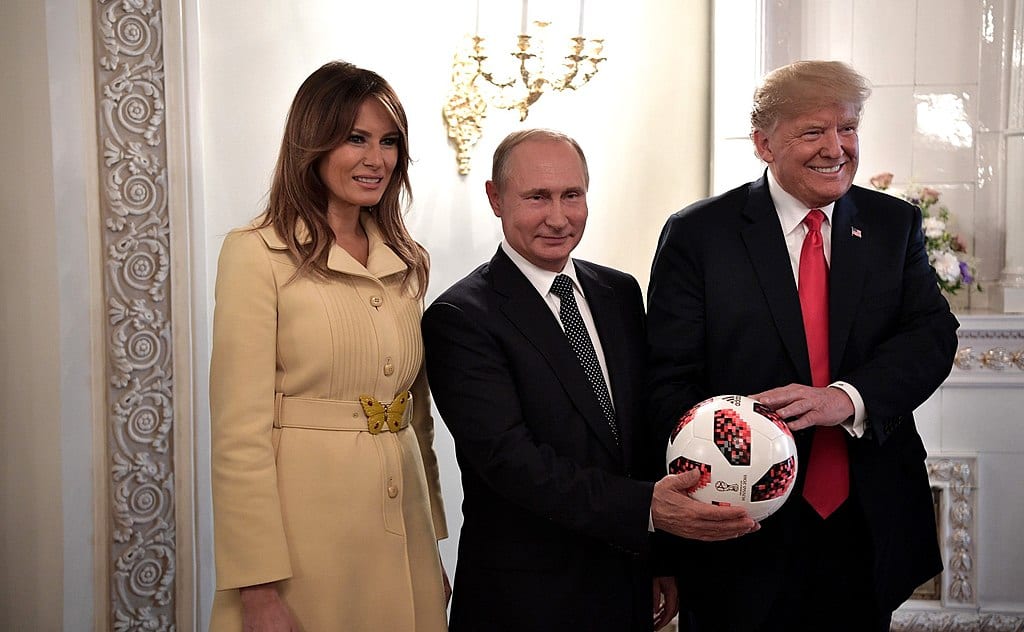 Critics of President Trump’s foreign policy, both Democrats and establishment Republicans, find much to loathe about his views and actions. Some of the criticisms are substantive and reasonable, if debatable. Others, though, are little more than unhinged, ad hominem attacks. The latter poison the public discourse and make intelligent, meaningful debate on America’s role in the world nearly impossible.

The criticisms are especially intense regarding Trump’s policies toward NATO and Russia, and they have reached a crescendo this month following the NATO summit and the subsequent bilateral summit with Russian President Vladimir Putin.

NATO partisans were furious at the president’s comments about the Alliance and his treatment of the European allies. Objections about the president’s diplomatic style were certainly warranted. He proved to be even more abrasive than normal, accusing German Chancellor Angela Merkel of making Germany a “captive”to Russia by increasing her country’s reliance on Russian natural gas. He also bluntly reiterated his complaints about continued anemic defense expenditures of NATO’s European members and their lack of security burden sharing.

However, his overall message was neither new nor unwarranted. U.S. officials have complained for decades about European free-riding on Washington’s military exertions, their overreliance on the United States to solve security problems in their region, and the persistent underinvestment in their own defense. It was entirely appropriate for Trump to raise that issue — and to stress that America’s patience is wearing thin. It was also legitimate to express doubts about NATO’s continuing relevance. The Alliance was created during a different era, and both Europe and the overall international system have changed dramatically in the past seven decades.

Yet, the president’s critics acted as though it was sacrilege for him even to raise questions about whether NATO truly benefits America’s security interests any longer. Any dilution of the existing U.S. commitment to the defense of the European allies, they insist, plays directly into the hands of Putin and encourages Russian aggression. In their view, it even imperils the entire liberal world order.

But unconditional NATO defenders are the ones who are out-of-line and out-of-touch. A growing number of foreign policy experts contend that the Alliance has outlived its usefulness, and that new, perhaps European-run security arrangements are needed for the conditions of the 21st century.

The negative reviews of Trump’s performance at the NATO summit were mild, though, compared to the shrill, even hateful, assessments of his summit with Putin in Helsinki — especially the post-summit joint press conference. The president enraged his opponents when he contended that clumsy and provocative U.S. actions bore considerable responsibility for the deterioration of bilateral relations. That apostasy was not his worst offense, however; he also disputed the findings of U.S. intelligence agencies that Russia meddled in the 2016 U.S. presidential election.

For his adamant critics, especially those on the left, such comments were the last straw. Senate Democratic Leader Chuck Schumer fumed: “In the history of our country, Americans have never seen a president of the United States support an adversary in the way Trump supported President Putin. He took the word of the KGB over the men and women of the CIA.”

Some of the vitriol was almost beyond belief. House Minority Leader Nancy Pelosi did not hold back on the nasty innuendos. Trump’s behavior, she said, “proves that the Russians have something on the President, personally, financially or politically.” Other political and media critics accused him of appeasing a brutal dictator and engaging in groveling and bootlicking. MSNBC host Joe Scarborough sneered that the president was “a weak, dumpy stooge” at the Helsinki summit. Others compared his performance to British Prime Minister Neville Chamberlain’s appeasement of Adolf Hitler at the 1938 Munich conference. Indeed, dozens of them, including former CIA Director John Brennan, accused the president of outright treason, which CNN host Fareed Zakaria stated “might not be strong enough.”

Those types of denunciations land squarely in the “unhinged” category. It is perfectly reasonable to argue that Trump was too solicitous toward Putin in his press conference comments, or that it is equally legitimate to argue it was improper for the president to dispute the intelligence community’s findings publicly in a foreign country. It was certainly appropriate to contend that Trump was insufficiently critical of Russia’s role in Ukraine, Syria, and elsewhere. It was not legitimate, however, to accuse the president of treason and to circulate homophobic columns and editorial cartoons implying an erotic relationship between Trump and Putin. Nor was it appropriate to insist that any deviation from an ultra-hardline policy toward Moscow is evidence of being under the Kremlin’s influence.

Unfortunately, a growing roster of critics do not confine that ugly smear to allegations against Trump. Increasingly, they direct it against anyone — even respected scholars and journalists — who advocate a more conciliatory policy toward Moscow, or who dare argue that Russia is not solely responsible for the new cold war.

Some of the president’s opponents, in both government and the news media, need to get a grip. The hysterical nature of their denunciations do them no credit. Trump is far from being a consistent, effective steward of foreign policy. His subsequent walk-back of comments questioning the intelligence community’s assessment of Russian election meddling highlighted one of his worst weaknesses: inconsistency and contradictory messages. Critics who contend that he seems more comfortable with Putin and other autocrats than he does with democratic leaders have a point. Finally, Trump has a tendency to overstate foreign policy achievements and make decidedly premature proclamations about breakthroughs — an offense he committed following his summit with Kim Jong Un.

But such defects and missteps are a far cry from betraying American interests, much less being an outright traitor. Such unhinged, over-the-top, accusations debase policy debates and discredit their authors.