by Dov Fischer
Site of shooting death of Rayshard Brooks in Atlanta on June 14, 2020 (arzualtincicek/Shutterstock.com) 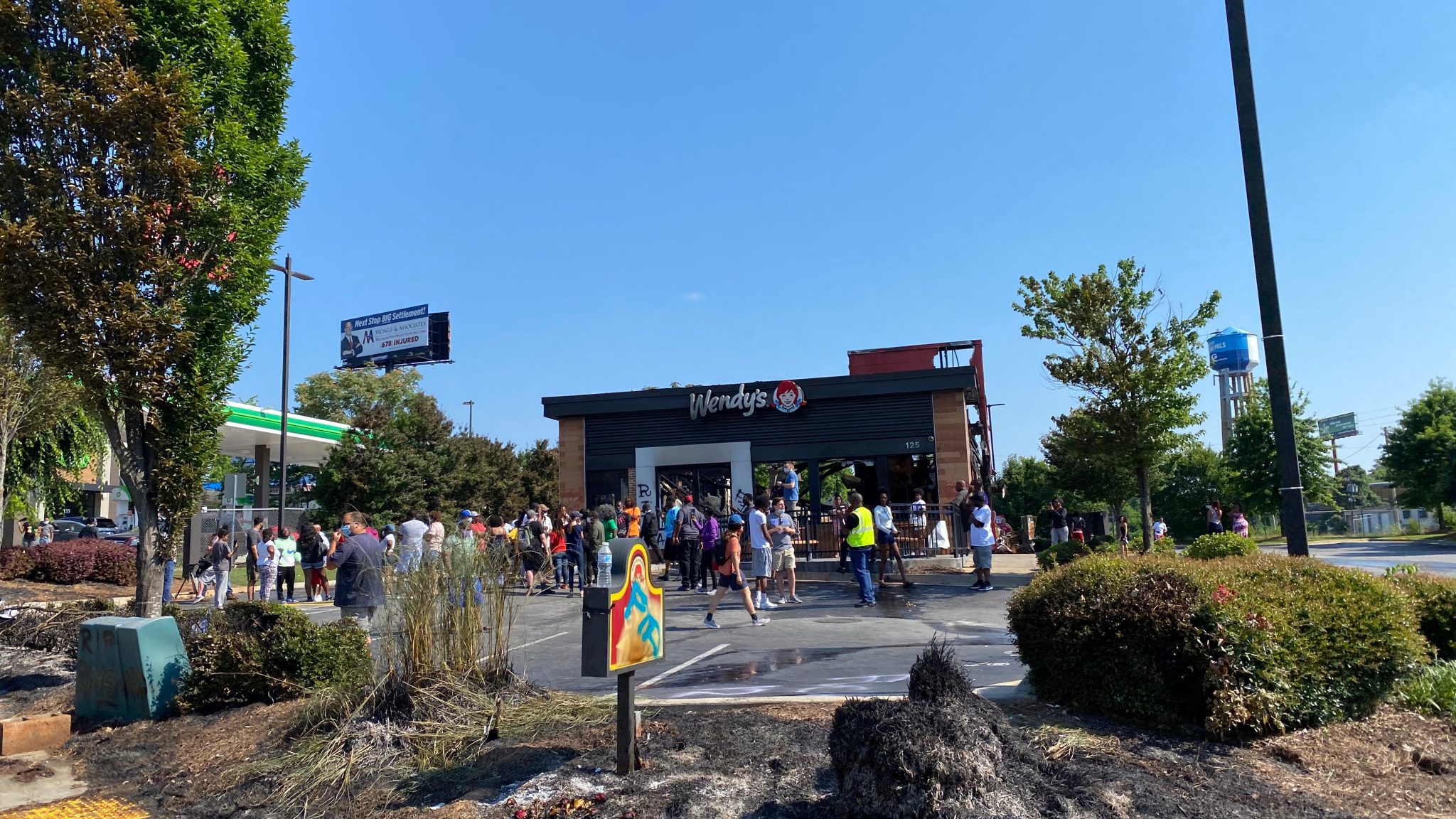 The very first time I saw the Derek Chauvin–George Floyd video I was disgusted. I yelled at my TV screen, “Get off the guy’s neck, you #$%!” I likewise yelled at the three cops on my TV screen standing around watching. Not only is it right that Chauvin now faces second-degree murder charges but also that the three near him face severe felony charges and never serve in any protective or security-related field again. As I have written before, the other main head that would and should roll in a fair world would be that of Medaria Arradondo, the Black police chief of Minneapolis, who has been in his position for more than three years, yet has allowed a corroded climate to exist, ferment, and putrefy with rotten apples like Chauvin and moral incompetents like the other three holding their jobs throughout.

So I was ready to get disgusted again when I first accessed the video of the fellow in Georgia who recently was killed by a cop there, prompting the Atlanta police chief, a woman, to resign instantly. Give her credit for “stepping up like a man” and doing what the Minneapolis police chief would not. Well, I watch the video, and I cannot believe what I am seeing. I see a very peaceful scene in which a cop seems to be restraining or arresting a fellow, no controversy. And then the fellow suddenly breaks loose from the cop and starts running away.

I turn on Amazon Prime to watch a rerun of Curb Your Enthusiam or Fiddler on the Roof, and all of a sudden the first row of my potential video choices are categorized as “Black Lives Matter.” Huh?

Who does that? Honestly, what sane person breaks away from a cop restraining him and starts running away? That is crazy. It does not matter what color the skin, what nation the ethnicity, what theology the religion. Who in the world breaks loose from a cop and starts running away? This is real life, not the movies. Despite the doughnut jokes and the movie scenes, cops are fit enough to be on patrol. If they fall behind the guy, they have guns. They can summon more cars, helicopters. What kind of person does this?

So then I was really focused on the video, as the possible culprit starts fleeing the cop. And then I saw something that seemed so crazy that I replayed the video eight times because I kept not believing what I thought I was seeing. I really did. Eight times. So I kept playing it over and over again. Get this: the guy, as he is fleeing from the cop, turns around and shoots something at the cop. It looks like a Star Wars-type saber or something from a kid’s video game because it emits this kind of spark of light being fired at the pursuing cop. Only later did I learn that the guy had grabbed the cop’s taser and was firing it at him. Pause reading for a moment, and watch these nine seconds.

I have four kids, all grown. I don’t think I ever spelled out this parental teaching clearly to them, amid my teaching them to brush their teeth, do their homework, respect their teachers, clean their rooms, recite a blessing before eating, recite grace after eating, recite the paragraphs of Sh’ma at bedtime, and never to use their birth dates or Social Security numbers as email handles. But somewhere along the line I think my kids picked up the idea on their own that you do not shoot tasers at cops. What Type Fool breaks away from a cop, flees from him, and then shoots a taser at the same cop pursuing him? Who does this? What kind of parenting does this come from? What type social milieu imbues this? Where does this come from? What does one expect will be the outcome?

Ferguson’s Michael Brown, foundational hero and icon of the dubiously named “Black Lives Matter” (BLM) consort, the sort of thug whose monument BLM would erect in place of Christopher Columbus or Thomas Jefferson, wrestled Missouri officer Darren Wilson for his gun. There was no “Hands up, don’t shoot.” Rather, there was — probably not in these exact words — “I’m going to wrest your firearm from your grasp, and then I am going to discharge its manifold projectiles into some or many of your vital organs so as to terminate your life.” Who does that? Who wrestles an arresting officer for his or her gun? What end result possibly can come of that? What parenting planted that seed? What social milieu bred it?

Yes, we now are in the month of “Black Lives Matter.” Polls show they are more popular (this month) than President Trump, life-long racist Joe Biden, Nancy Pelosi and her kneeling with kente cloth, and you. I turn on Amazon Prime to watch a rerun of Curb Your Enthusiasm or Fiddler on the Roof, and all of a sudden the first row of my potential video choices are categorized as “Black Lives Matter.” Huh?

Sure, I have watched deeply gripping movies over the years like Mississippi Burning, Amistad, 12 Years a Slave, Rosewood, The Help, To Kill a Mockingbird, and even In the Heat of the Night — and, yes, absolutely, those movies not only have touched and impacted me but also have reinforced my own values against prejudice. But why is Amazon Prime pushing onto me a “Black Lives Matter” movie selection category as my first choice of films when I more typically go for PBS “American Experience” documentaries, docudramas about medieval British monarchs having people decapitated and sometimes thereafter getting decapitated themselves by their successors, and the kind of television miniseries that include Srugim, Fargo, Downton Abbey; Upstairs, Downstairs; Curb Your Enthusiasm, Breaking Bad, Fawlty Towers, Mad Men, and Better Call Saul? I might also go to Netflix for Shtisel, Fauda, and the six-part series on the 1960s Israeli spy, Eli Cohen, who rose high within the Syrian military and governmental hierarchy.

So how does that algorithm result in Amazon Prime pushing onto me a “Black Lives Matter” movie selection category as my first choice of films?

Something is very wrong and broken in America. It is not “systemic racism” because the System is not racist. But it is Systemic Left Propaganda. That systemic plague endangers our culture, our values, and our civilization — and it endangers Black lives, too. Any leftist narrative that makes heroes and icons of people who break loose from peacefully arresting cops and then shoot tasers at them, or that idolizes thugs who wrestle police officers for their guns, endangers impressionable people who believe the lies and falsehoods so propagated. Forty-two years ago The Deerhunter, a movie set in the era of the Vietnam War, contributed to scores of accidental suicides caused by idiots playing Russian roulette after watching the film. Today the Left media advances a new insanity, inspiring fools and idiots to shoot at cops and wrestle them for their guns, offering instant fame and martyrdom.