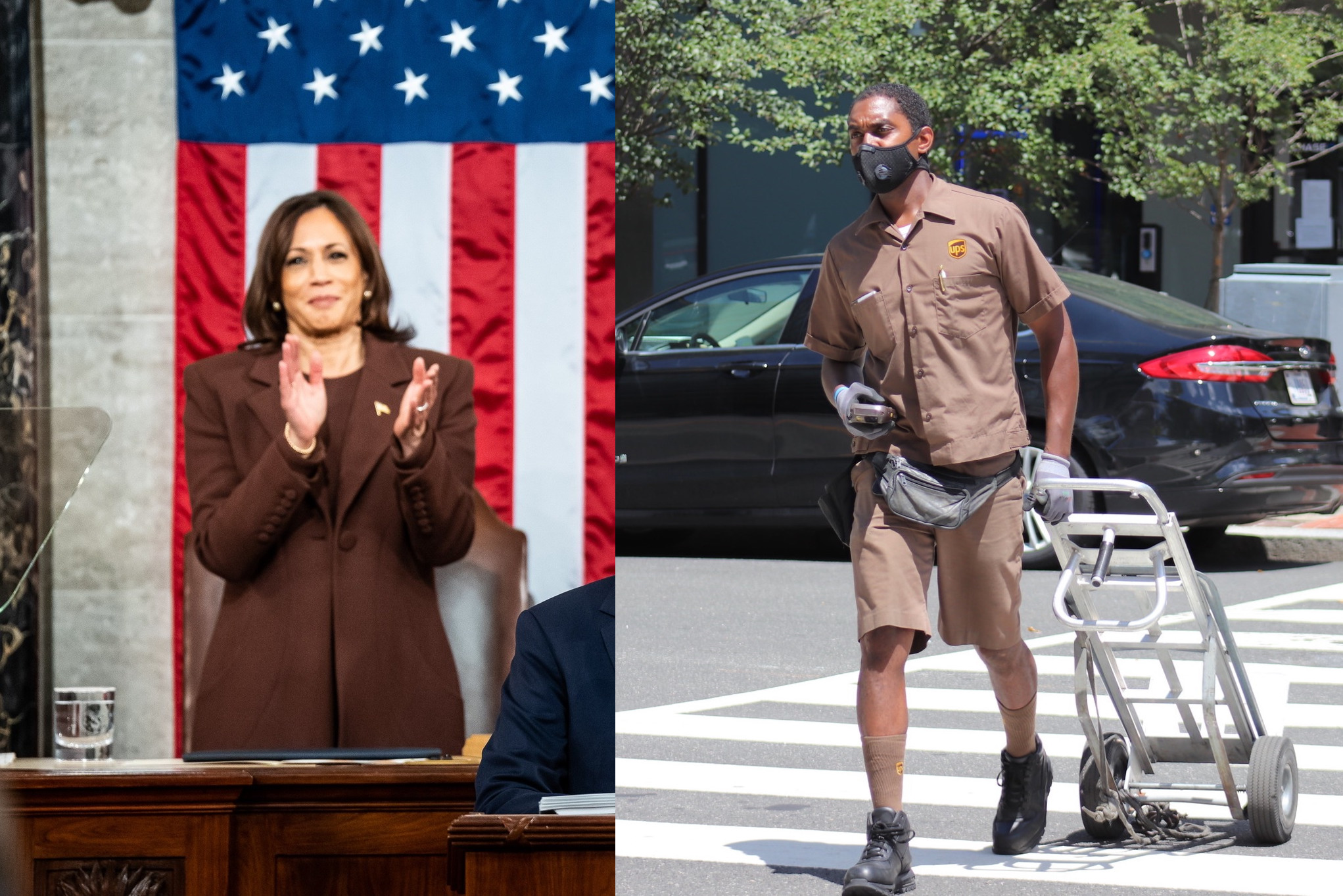 Spectator World’s Washington editor, Amber Athey, was fired from her position as co-host of the morning radio show O’Connor & Company on WMAL, which is owned by Cumulus Media, she said in a post detailing her ordeal Monday.

Athey’s sin was to poke fun at the head-to-toe brown suit Vice President Kamala Harris wore at the State of the Union Address on March 1. The ensemble, she wrote on Twitter, resembled that of a UPS driver.

Kamala looks like a UPS employee — what can brown do for you? Nothing good, apparently.

The media company’s executives weren’t laughing — and moreover, they failed to notice that Athey is 100 percent correct. If Kamala was walking around a neighborhood, surely many passersby would mistake her attire for the trademark brown uniforms of the United Parcel Service. The UPS’ uniforms are known as the “Browns.” The company has made all of its uniforms its signature color for decades.

Take a look here at Kamala’s chosen ensemble for Biden’s speech. While she stuck to a neutral color, Kamala departed from her usual black suits and trademark string of pearls and wore a brown suit, a brown blouse, and brown pants — all of the exact same shade. She accented it with a classy gold flag pin. 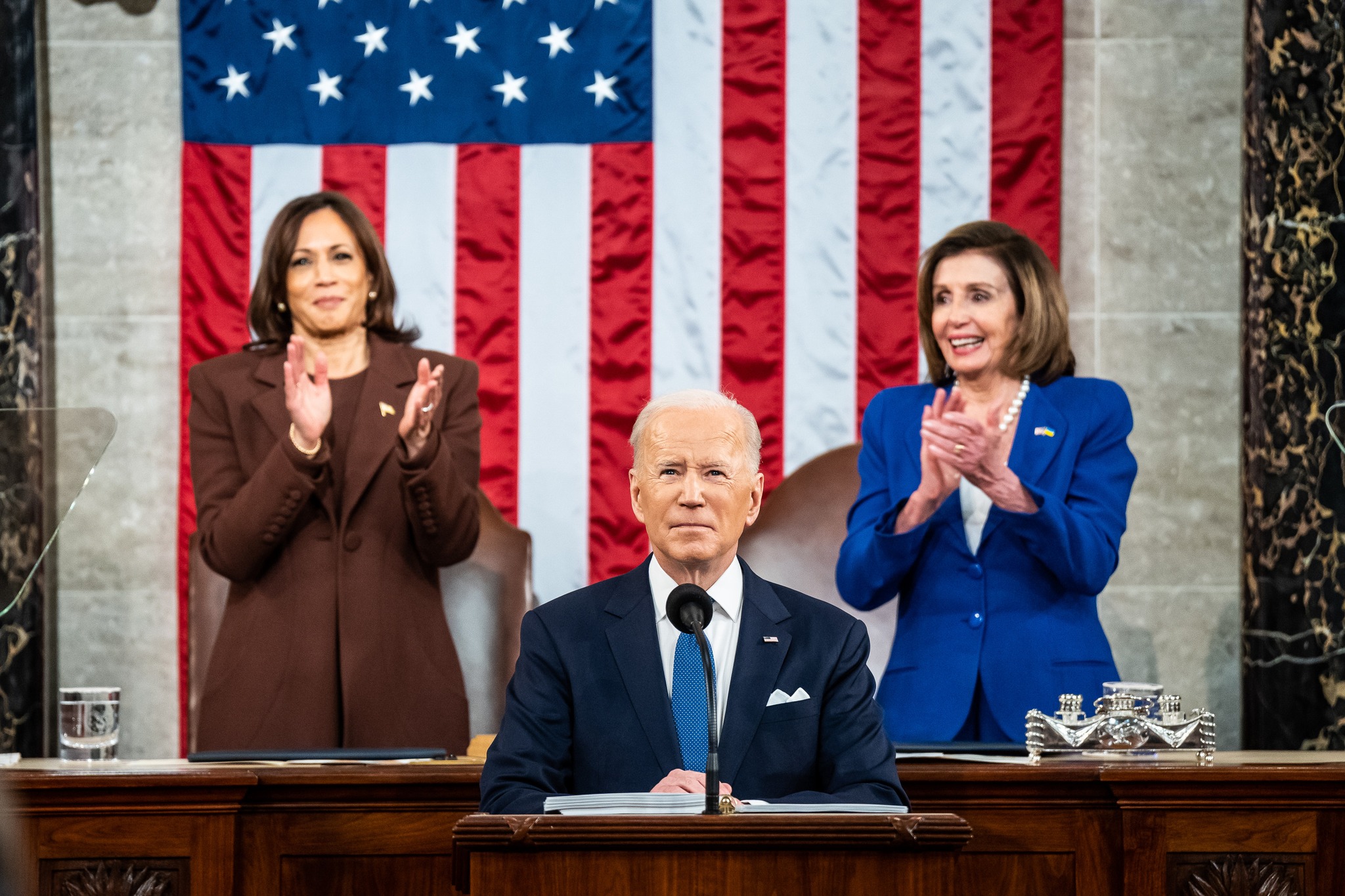 It might have been the most exciting thing she’s worn her entire vice presidency, except for maybe the sky-blue suit she wore when she filmed a NASA video with child actors. Her usual reflex during her vice presidency has been to wear the most boring and typical attire she can imagine.

Compare that to a UPS driver walking around Washington, D.C. Athey is right: the resemblance is uncanny. And take a look at this: the gold UPS logo is placed exactly where Kamala’s gold flag pin was placed. Unmistakable. 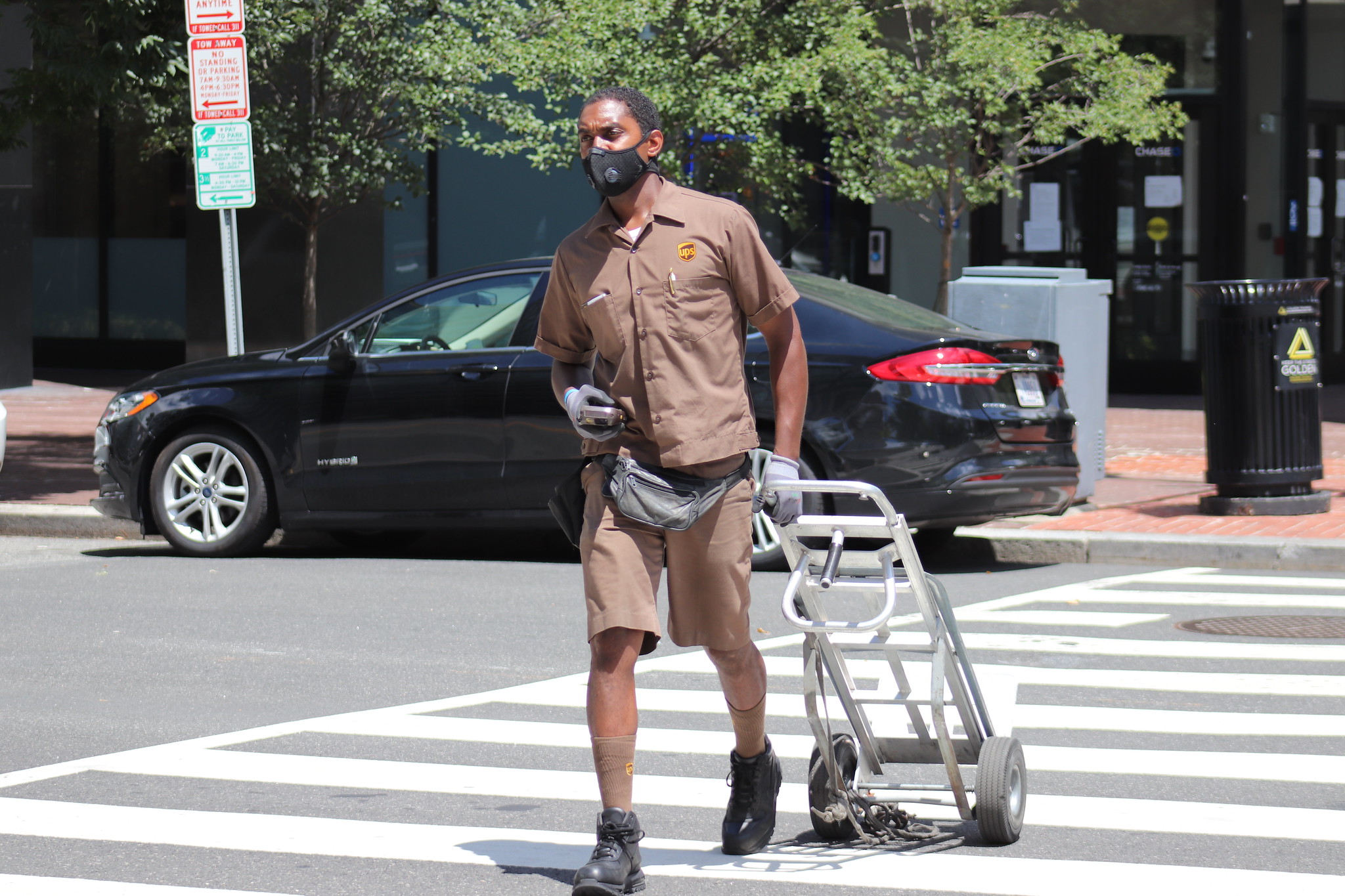 Athey’s pointing this out was summarily declared to be racist.

Athey reported that Jeff Boden, the vice president of Cumulus Washington, D.C, and Kriston Fancellas, the vice president of human resources, called her eight days after the State of the Union to tell her that she was terminated effective immediately as the tweet she had sent was “racist” and her response to social media backlash to the tweet was unacceptable.

Athey speculated that the hidden reason for this justification was that soon after the inauguration, she had criticized a group in Texas that supports shooting children up with testosterone or estrogen in a hopeless effort to change their sex, very possibly sterilizing them and giving them negative health consequences for life.

It was after she voiced those criticisms that the left-wing cancel culture mob went after her and started contacting her employer en masse.

Of course, the racism accusation makes no sense since the rationale for declaring it to be so is essentially that it’s racist to make a joke about a black person or that saying a brown outfit looks bad on someone means you hate racial minorities.

Athey rightly points out that Cumulus and WMAL have destroyed their reputation as hosts of conservative content. The company’s slogan is “Where every voice matters,” and it hires talent across the political spectrum.

We spoke frequently about the dangers of censorship and cancel culture on our program, and yet here they are bowing to the mob. If I can be fired for making fun of the vice president’s outfit, every single host on a Cumulus station is in danger of losing their job at a moment’s notice. Political commentary is worthless if it can’t be used to speak truth to those in power without fear of professional consequences.

Athey recommends conservatives flood the company’s contact form that she says leftists used to demand that she be fired.

“I am sick and tired of conservatives apologizing to the left, staying quiet because they’re afraid of burning bridges, or complaining incessantly without taking action,” she wrote. “We will only defeat the left’s bad faith attempts at censorship if we fight back.”