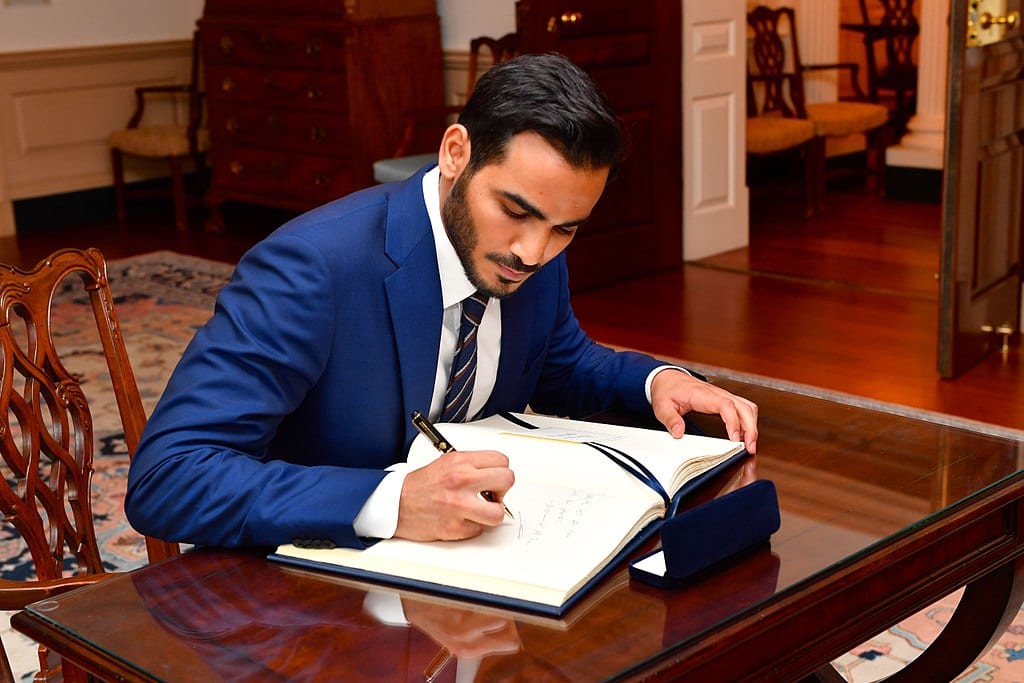 Earlier this month in Washington, a conference on “Qatar: U.S. Ally or Global Menace?” was so secretive due to security concerns that the carefully selected attendees only learned of the event’s location 48 hours in advance.

Arranged by the Philadelphia think tank Middle East Forum, the conference was co-sponsored by approximately twenty organizations, including the public policy group I serve as president, Haym Salomon Center.

Arguably the most anti-Semitic country in the world, Qatar subscribes to the old anti-Semitic canard that Jews have all the power in Washington, so you must gain favor with them to influence policy.

“We all want to believe that engagement and dialogue are critical to peace — but there have to be red lines. And the red line for me is genocide,” declared Rabbi Shmuley Boteach to conference attendees. “If governments engage in genocidal rhetoric or support organizations that are genocidal in nature, that’s the red line.”

There is no doubt about Boteach’s assessment that Qatar’s support for terrorism and its relationship with Iran qualify it as a purveyor of genocide.

Back in June 2017, President Trump told White House reporters that Qatar has been funding terrorism at a “very high level.” The Wall Street Journal reports that Qatar spent $16.3 million on lobbying in 2017, up from $4.2 million the year before.

At the time, Qatar was suffering from a blockade imposed by most of the Gulf Cooperation Council (GCC). Saudi Arabia, Bahrain, Egypt, and United Arab Emirates had cut diplomatic ties with Doha over its funding of terrorism and cozy relationship with Iran. Qatar desperately needed the U.S. administration to change its tune.

Qatar’s success inside the White House is believed to be the handiwork of lobbyists Nick Muzin and Joey Allaham. For more than a few million dollars, Qatar bought their “consulting” services, which included bringing Jewish conservatives and other pro-Israel leaders on trips to Doha.

Among those brought to Qatar were civil rights icon Alan Dershowitz and Zionist Organization of America president Morton Klein. Both men have the ear of President Trump. Could they be induced to influence the president to soften his tune on Qatar?

As decades of political and media consulting have taught me, never underestimate the gigantic ego of powerbrokers and politicians and their belief that they can accomplish the impossible.

I don’t doubt that Dershowitz, Klein, and other prominent Jewish leaders believed they could influence the Qataris to stop funding terrorism and recognize Israel’s right to exist.

Of course, none of that happened.

Doha had hoped the visiting powerbrokers would return to the U.S. singing Qatar’s praises to the Jewish community. Instead, Qatar’s play for kosher certification failed.

Forced to resign from his synagogue, expelled from the Orthodox Rabbinical Council of America, and currently on wife No. 6, this is the individual the Qataris have recruited to “kasher” their relationship with Jews.

Qatar will be the site of the 2022 FIFA World Cup. Hosting the world’s most popular sporting event means the eyes of the world are upon you. Qatar’s culture of anti-Semitism could be a public relations nightmare.

Rabbi Schneier is on a Qatari-funded mission to bring kosher hot dogs to the games for the “thousands” of Israelis and Jews expected to travel to Qatar. Israelis are currently barred from entering the country. Qatar had to agree to allow Israelis to attend the games before FIFA would grant them the Cup. But once the games end, no Jews allowed.

Despotism has run in the al-Thani family for generations. Sheikh Mohammed’s father, Hamad al-Thani, instituted a series of anti-Semitic, pro-terrorist policies still in place under the rule of Emir Sheikh Tamim bin Hamad al-Thani, Sheikh Mohammed’s brother. These include refusing to recognize Israel’s sovereignty, funneling billions of dollars to Hamas, and providing safe haven for Hamas senior officials. The al-Thani family has donated millions to ISIS and al-Qaeda terrorists, providing them with safe houses and passports.

Safe to say that Rabbi Schneier doesn’t observe Rabbi Boteach’s genocidal red line. Schneier has continuously consorted with top officials of a nation whose values stand in stark contrast to our own. As a rabbi and a representative of the American people, Schneier should carefully consider whether he is so concerned with remaining politically relevant that he would betray the human rights that Americans and Judaism hold dear.

The lifting of a generations-long passport ban on Israelis is not as simple as Schneier lets on. Jews and Israelis entering Qatar, even for a sporting event, can expect to encounter overt harassment. Indeed, the institutionalized Jew-hatred puts them at risk of physical violence.

By positing a Qatari-Israeli safe space during the Cup, Rabbi Schneier is promoting a fantasy — one that could easily prove fatal.

Rabbi Schneier did not respond to request for comment.

Noah Phillips contributed to this article.