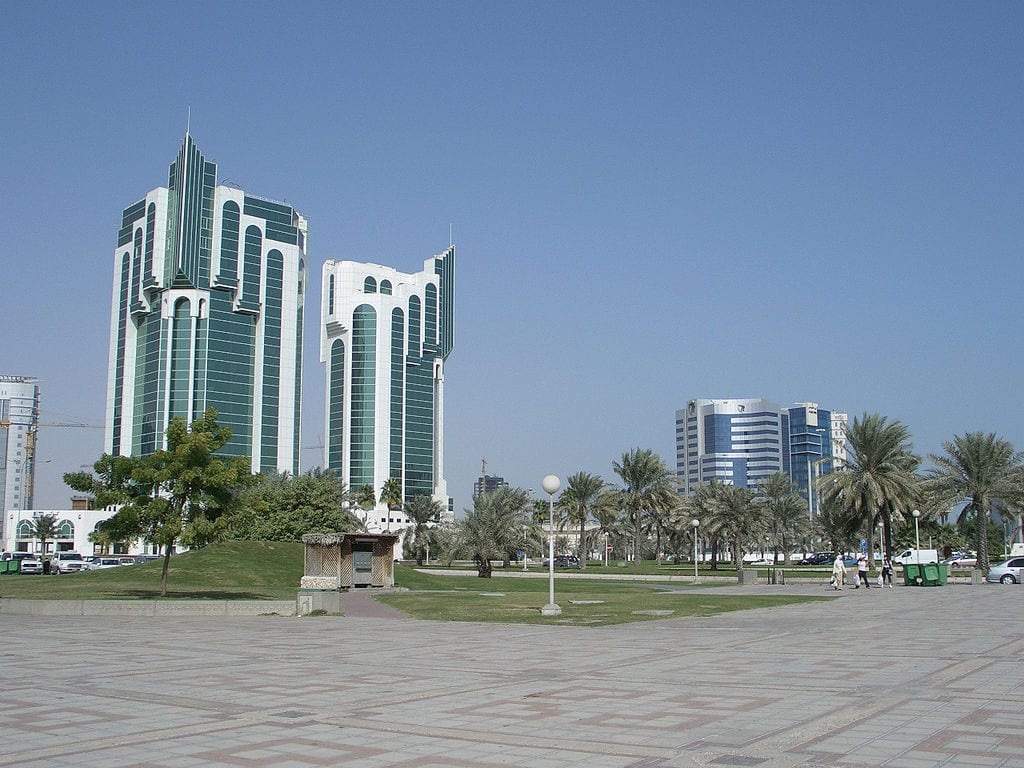 Is Qatar an ally of Iran? Such is the claim made against it by its two main Gulf rivals: namely, Saudi Arabia and the United Arab Emirates (UAE), which have imposed a blockade on the country. One also finds this claim in some punditry. For instance, here is one article from December 2017 dividing the Middle East between an “axis of moderation” and an “axis of resistance,” the latter led by Iran and supposedly including Qatar in its ranks. A more recent piece characterized Qatar as a “premier funder” of Iran’s Lebanese partner Hezbollah.

However, there is in fact little evidence to support this portrayal of Qatar as part of an Iranian-led regional bloc. Instead, the picture that emerges is a country that pursues its own regional policies, partly in opposition to Saudi Arabia and the UAE. The general thread that can be identified in Qatari policy is support for Sunni Islamist groups — partly based on the idea that these groups represented the voice of the street in Arab countries where unrest broke out, and partly based on a sectarian-charged atmosphere brought about by Syria’s descent into civil war. This Qatari approach is not the same as being part of an Iran-led axis in the region. Gone are the days when a movement like Hezbollah enjoyed more cross-sectarian legitimacy as a “resistance” force against Israel.

The points cited as supposed proof of Qatar’s support for Iran and membership of an Iran-led axis have more plausible explanations, and in some cases can be applied, mutatis mutandis, to Qatar’s regional rivals.

Consider the case of Qatar’s trade ties with Iran. There is no doubt these ties have grown, but that is actually a result of the blockade imposed on Qatar, which is now isolated from Saudi Arabia, its only land neighbor. The blockade also means that aircraft heading for and departing from Qatar cannot use the airspace of Saudi Arabia, the UAE, and other countries joining in the blockade. In addition, Iraqi airspace is avoided where possible out of security concerns. Thus, aircraft departing from or going to Qatar often have to rely on Iranian airspace in the current circumstances.

Besides, Qatar is not the only Gulf country to have trade ties with Iran. The UAE, for instance, has been a purchaser of Iranian oil. Iran has also exported non-oil products to the UAE, which has hosted Iranian businesses on its soil. While those trade ties are now decreasing, especially in light of new U.S.-led sanctions against Iran, it would be absurd to argue that those trade ties between the UAE and Iran have existed because the UAE is a supposed ally of Iran. Rather, the trade ties have simply been pragmatic, and Qatar’s trade ties with Iran should be seen in the same light.

The other point cited against Qatar is the large sums of money it reportedly handed over to Iran and Iranian-backed groups in a bid to secure the release of Qatari royal hostages, who were taken captive in Iraq, apparently by an Iranian-backed group. But that incident is hardly proof of a Qatari alliance with Iran. For one thing, an Iranian-backed group would not have taken Qataris hostage if Iran and its allies thought of Qatar as being part of the Iranian-led axis in the region.

There is also a need for some analytical empathy here. Qatar does not exactly have impressive military forces. Could it really have launched a military operation on Iraqi soil to secure the release of the hostages? It would also have been difficult to get U.S. forces to launch such an operation. As the U.S. military presence in Iraq is for counter-Islamic State purposes, authorizing an operation against an Iranian-backed group (or any Shi’i militia, for that matter) would be highly problematic.

In reality, Qatar’s only leverage in the whole debacle was the huge amounts of money the tiny country has at its disposal. Some of the other issues surrounding the negotiations also refute the portrayal of Qatar as an ally of Iran. Part of the deal to free the hostages involved outreach to rebel groups in Syria to secure evacuations of some besieged areas. One of those rebel groups was Ahrar al-Sham, a primarily Salafi group that had long been backed by Qatar and Turkey.

If Qatar is a part of Iran’s regional-axis, why has it given support for so long to Syrian rebel groups like Ahrar al-Sham, which have fought against Iranian forces and Iranian-backed groups that have been deployed in support of the Syrian government? In contrast, the UAE, which for pragmatic reasons is now quietly moving towards restoring ties with Assad’s Syria (a key ally of Iran), was far more cautious about granting such support to rebel groups. The UAE actually designated groups like Ahrar al-Sham as terrorist, out of concern about their Islamist leanings and ties.

In short, as Robert Worth noted in an overall comment on his lengthy report regarding the Qatari hostages and the negotiations: “It seems as if the Qataris were less villains than dupes, drunk on natural-gas money and blind to its fatal consequences. They threw cash around in clumsy efforts to manipulate the politics of a volatile region, only to find the tables turned.”

As for the more general claim that Qatar is a major financial backer of Hezbollah, there is no evidence to support it. If Qatar is using its largesse to finance Hezbollah, then why is Hezbollah facing financial problems? For those who track Hezbollah, the signs of financial trouble for the group are clear. For example, Hezbollah has been increasingly laying the burden on Lebanon’s healthcare system to provide treatment for injured personnel, while people who have been involved in Hezbollah’s Syrian affiliates have pointed out to me that there have been delays in salary payments. Where is Qatar to step in to help out its supposed ally?

One should also look at al-Jazeera, a media arm of the Qatari state, to gauge the country’s relations with Iran and its allies. True, al-Jazeera these days provides coverage that is highly critical of the Saudi and UAE role in Yemen in order to antagonize its two rivals, but that does not necessarily mean that the channel has a favorable view of an Iranian-led axis and its allies. For example, a headline from al-Jazeera on Yemen from last month reads: “Revolution [/uprising] of the hungry in Yemen continues against the Houthis, the coalition and the government.” For context, the Houthis are Shi’i rebels in Yemen fighting the Saudi and UAE-led coalition, and they currently receive support from Iran and Hezbollah.

Elsewhere, al-Jazeera certainly does not indulge in a favorable portrayal of the Hashd Sha’abi (Popular Mobilization) phenomenon in Iraq. Many of the Hashd Sha’abi groups are backed by Iran and like to refer to themselves as part of the “Islamic Resistance.” In contrast, al-Jazeera discourse routinely refers to Hashd groups as “militias” (a word that has a much more negative connotation in Arabic than it does in English), and features accusations against them of ethnic cleansing of Sunnis. This is one of the reasons why many Shi’a Iraqis consider al-Jazeera to be a pro-Islamic State and terrorist propaganda outfit.

None of the above should be taken to be a defense of Qatar’s regional role or a favorable view of its foreign policy. Indeed, I share my colleague Kirk Sowell’s concern about some individuals who may masquerade as analysts to disseminate a view of Qatar’s policies as essentially promoting liberal values. Holding Qatar to account for supporting Sunni Islamist groups and laxity on individuals engaging in terrorist financing is sound policy.

However, the claim that Qatar is part of an Iranian-led axis in the region and a key ally of Iran is essentially Saudi and UAE propaganda. Many amateurs unfamiliar with the propaganda are liable to fall for this misinformation. It is not appropriate for outside observers and analysts to be taking sides in this partisan Gulf dispute and repeating unsubstantiated claims. I myself have witnessed the levels of absurdity in the discourse. Amusingly, a recent article in a UAE outlet portrayed me as the Kuwaiti-Iranian leader of a jihadi group in Syria backed by Iran and Qatar.

The sensible course for U.S. policy is to avoid becoming entangled in partisanship here, encouraging a reconciliation between Qatar and its neighbors while pressuring Qatar to back off from supporting Sunni Islamist groups and root out extremist discourse from al-Jazeera.