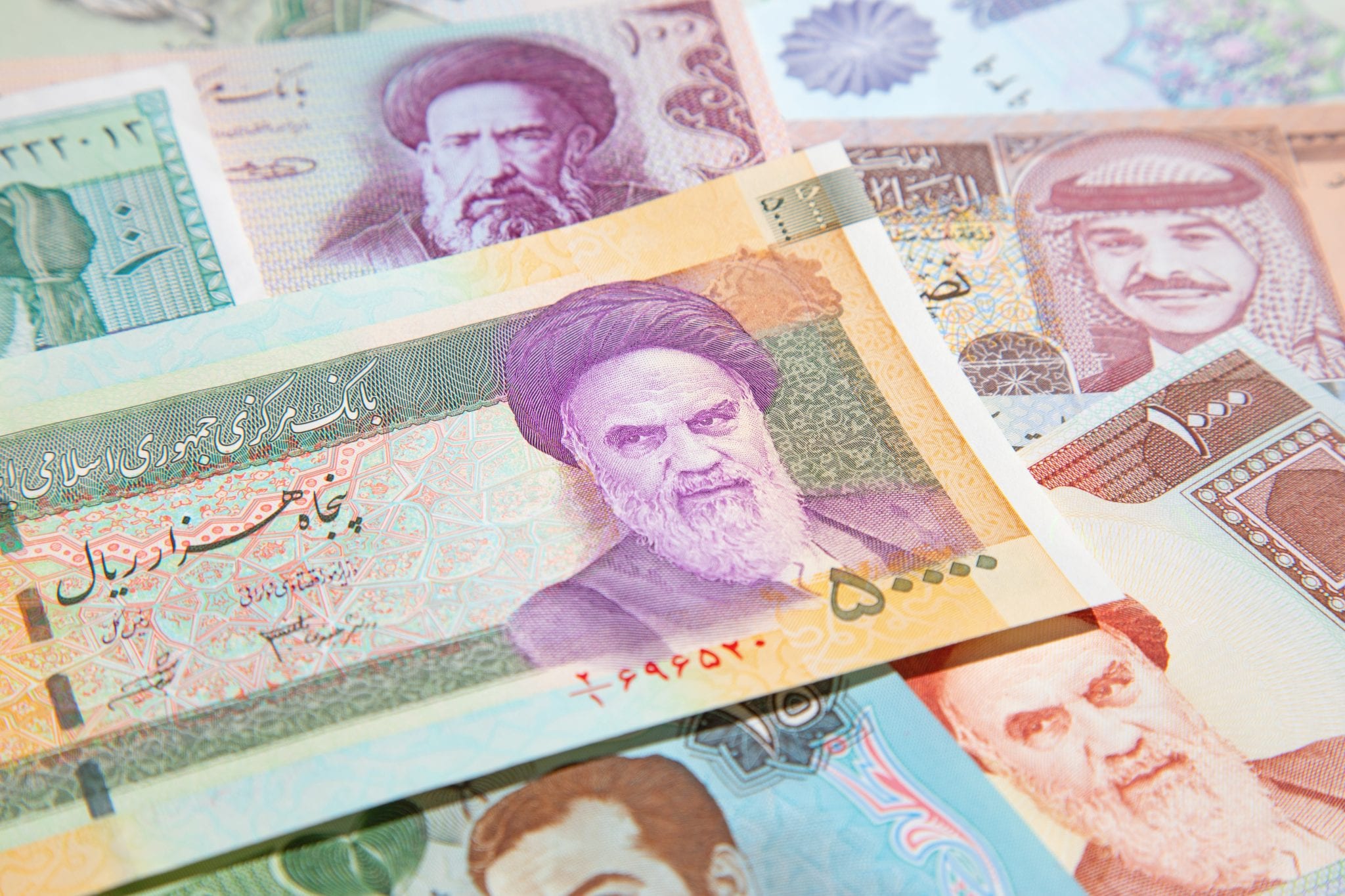 Rumors abound that the new White House Middle East peace plan will be unveiled next month. The plan’s focus is a “deal of the century” that will supposedly make peace between Israel and the Palestinians.

The plan will be dead on arrival for two principal reasons. First, the Palestinian leadership doesn’t want peace because any agreement with Israel will delegitimize everything that all of them — from Yassir Arafat to Mahmoud Abbas — have ever done. Second, because Iran will never allow a peace with “Little Satan” — Israel — on any terms and because any such agreement could interfere with its gradual domination of the Middle East.

Since the 1979 Iranian revolution, the United States has lacked a strategic approach and a policy toward Iran. We have waffled back and forth between semi-confrontation under Bush 43 to appeasement under Obama but have never managed to reach a coherent strategy that could result in an end of the threat that the ayatollahs’ government poses to Western civilization.

We are, in the literal sense of the word, reactionaries regarding Iran. Iran makes a move and we either ignore or try to counter it. Iran has, for years, tried to calibrate its actions against our likely reactions, seeking to avoid a war the Iranians couldn’t win.

That changed in the Obama era. Then-senator Obama, in his 2008 campaign, promised negotiations with Iran on its nuclear weapons program without precondition. Those negotiations began almost as soon as Obama was inaugurated in January 2009.

Team Obama was caught flat-footed in June 2009 when, after the Iranian election, the “Green Movement” erupted and quickly grew into the “Green Revolution” that threatened to topple the Tehran regime.

Obama had the opportunity to support the Iranian revolutionaries and topple the regime that has been at war with us since 1979. Instead, because he so desperately wanted to negotiate his nuclear weapons deal, he ordered our government to stand down.

He reportedly told the CIA to stand down any plans it had to topple the regime and even sever any contacts it had built with the Green Revolutionaries.

That was a historic opportunity to resolve one of our most serious national security problems that was totally ignored.

Despite what our “allies” in Europe say, Obama’s deal with Iran had no chance to stop or even slow Iran’s development of nuclear weapons. We know that Iran’s most serious efforts to develop those weapons — in partnership with North Korea — are accomplished where UN inspectors aren’t allowed to gain access. There are several such sites in Iran. There is zero UN inspection in North Korea.

May 8 was the first anniversary of President Trump’s cancellation of the Obama-Iran deal which he, correctly and often, called the worst deal ever. Trump observed it by increasing the economic sanctions against Iran which are strangling its economy. Iran observed the anniversary by declaring it would stop obeying some of the limitations on its uranium enrichment if the other signatories to the deal — the UK, France, Germany, Russia, and China — didn’t act to reduce the sanctions. The UK, France, and Germany rejected Iran’s ultimatum.

But Iran did — and is doing — a lot more. And so is Trump. When Iran announced it would pull out of parts of the Obama nuclear weapons deal, Trump issued sanctions against Iran’s industrial metals sector. Those sanctions should make it harder for Iran to obtain uranium enrichment centrifuges and the computers that run them.

Iran has made the Hamas government in the Gaza Strip another terrorist proxy force. Starting on May 4 and continuing for several days, Hamas launched a total of about 700 rockets against Israeli civilians. Unfortunately, the Israeli “Iron Dome” anti-missile system only managed to intercept about 150. At least four Israeli civilians were killed and many injured. Israel struck back, killing several Palestinians.

On May 6, there reportedly was “unusually specific” intelligence information that Iranian forces would attack U.S. forces in Iraq or Syria and possibly elsewhere in the Middle East. That information reportedly included a determination that such attacks had been approved by the Tehran government. Iran was reportedly moving ballistic missiles by boat, although they probably couldn’t launch the missiles from those platforms.

Instead of waiting to see if Iran would attack, Trump ordered the deployment of the Nimitz-class carrier USS Abraham Lincoln and its battle group to move to the area. Four B-52 bombers (and, presumably fighter escorts) were ordered to a base in Qatar in the Persian Gulf. The USS Arlington, a transport vessel, and at least one Patriot missile battery were also sent to catch up to the Lincoln and the bombers.

National Security Adviser John Bolton said that any attack on U.S. forces would be answered with “unrelenting force.”

The contrast between Trump’s actions and Obama’s appeasement is stark. It is having an enormous effect on Iran.

The May 2 expiration of the U.S. waivers of oil sanctions on Iran, previously granted to several nations, has made Iran suffer even more than the earlier sanctions had although nations such as China — one of Iran’s principal markets for oil — will violate the sanctions with apparent impunity.

Iran’s economy is crumbling and with it the legitimacy of the Tehran regime. Inflation in Iran is reportedly up to 40 percent and — according to the Economist — wages are falling and basics such as supplies of chicken and clothes are becoming scarce.

Anti-regime protests are common all over Iran. The Economist also reported that the murder of a Shiite imam, instead of creating an outrage, spurred one hundred thousand people to follow the murderer on Instagram.

Meanwhile, Iran is sending more Iranian Revolutionary Guard troops, including intelligence operators, to Venezuela. Propping up the Maduro regime is a priority in Iran’s attempt (with Russia and Cuba) to turn Venezuela into another Syria.

Aggression against the U.S., Israel, and the West is more important to the ayatollahs than feeding their people.

Trump’s moves against Iran are excellent but incomplete. Whatever policy goal the president is pursuing is both unstated and unobvious. It’s questionable if he even has such a goal. If that policy goal is anything short of regime change in Tehran, it will fail.

The ayatollahs are being told — by former secretary of state John Kerry and others — that they shouldn’t negotiate with Trump. Trump has said that Kerry is violating the Logan Act (which bars U.S. citizens from interfering in foreign policy) and should be prosecuted. He should be, but won’t.

Both the ayatollahs and North Korea’s Kim Jong Un are being convinced — by our media and people such as Kerry — that Trump is a bump in the road and that he will soon be gone. These advocates of appeasement are a significant obstacle to what Trump is trying to do on both fronts.

At some point this year or next, Iran will be ripe for another revolution against the ayatollahs. We should be doing everything we can to foment such a revolution and do whatever we can do to support it when it comes. That will be a lot. But will it be too late?

When Trump ordered the USS Lincoln battle group to the Middle East, a senior Iranian cleric, Ayatollah Tabatabai-Nejad, said that, “Their billion-dollar fleet can be destroyed with one missile.” That cannot be done without a nuclear weapon delivered by that missile. His statement is probably baloney. Unless it isn’t.