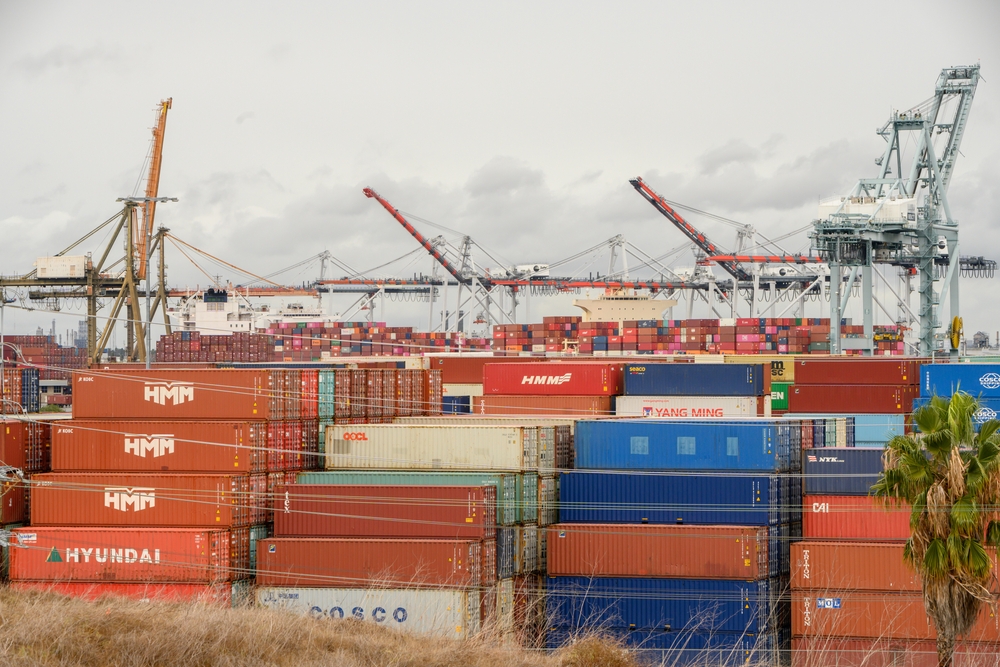 Politicians, the Federal Reserve, and Fed and administration apologists like to claim that the inflation we face is caused by supply constraints. This claim goes against the facts on the ground. According to the World Trade Organization, even though there was a collapse in trade at the beginning of the pandemic, trade in intermediate goods — critical inputs in finalized products — quickly recovered despite port and shipping bottlenecks. Sure, it increased at a slower rate than before, but trade was still rising.

In addition, data from the main U.S. ports show that after declining at the beginning of the pandemic, ports soon recovered and operated at pre-2020 levels. There were chokepoints, but supply chains were far from “cut off” in the way that President Joe Biden likes to assert.

To the extent that there are real obstructions in supply chains, they started long before the pandemic. For these, there is a lot that the administration and Congress can do.

For instance, Congress should immediately repeal the 1920 Jones Act, also known as the Merchant Marine Act. Under the Act, all freight moving by water between U.S. ports must be hauled on ships that are built, crewed, and flagged only by Americans. These requirements directly raise the costs of shipping freight by water. And by artificially increasing the demand to instead ship by rail and trucks, the Jones Act also increases the cost of hauling freight on land.

While they’re at it, Congress should reform the Foreign Dredge Act, which requires that dredging barges are Jones Act–compliant. This significantly inflates the costs of dredging U.S. ports, preventing expansions that could accommodate more and larger ships.

The Biden administration must also end former President Donald Trump’s punitive tariffs and import quotas. These measures inflate costs and reduce the supplies of goods — including goods that are themselves useful for further easing supply constraints. For example, Section 301 tariffs drastically reduce the supply of truck chassis in the United States, worsening bottlenecks in the surface transportation of other freight.

Immigration restrictions affect supply chains, too. As the Cato Institute’s Scott Lincicome notes, these restrictions have “removed at least 1 million potential (and lawful) workers from the U.S. labor market, putting acute pressure on labor-intensive industries like warehousing. (And backed-up warehouses make it more difficult to clear containers that are stacked up at various ports.)”

Those in favor of supply-side reforms should be wary of the new talk about ramping up antitrust enforcement.

Lincicome also rightfully argues that the administration should end the ban on Mexican trucking companies operating on U.S. roads, since this ban keeps “the largest and closest supply of potential U.S. truck drivers” out of the country and reduces the number of American trucks “available for inland work because they’re picking up cargo at the border from Mexican truckers who have to drop it there.”

State and local governments have their own role to play in removing supply-chain obstructions. Local zoning, land-use, and environmental rules have stopped ports and other companies from building or expanding warehouses and other container structures.

These rules and many others explain why there is no American port among the 50 most efficient in the world. You can, however, find the largest U.S. port system, in the Los Angeles area, near the bottom of some measurements of the 351 global ports. Easing restrictions would significantly help improve American ports and, in turn, increase the flow of supplies.

Finally, those in favor of supply-side reforms should be wary of the new talk about ramping up antitrust enforcement. Most of today’s enthusiasm for antitrust is merely hostility to large and successful firms and lacks credible evidence of harm by monopolies. Threatening to punish firms for profitably serving consumers will only make corporate executives less diligent at improving efficiency and keeping their prices as low as possible. As the history of antitrust shows, vigorous enforcement is often aimed at firms that are especially successful at improving product quality and lowering prices. Antitrust, despite its lovely name, obstructs and weakens supply chains.

The bottom line is that while inflation wasn’t and isn’t the result of deficient supply chains, there is plenty that can be done. Why don’t the politicians who are so focused on Americans’ access to goods start by removing some obvious barriers?