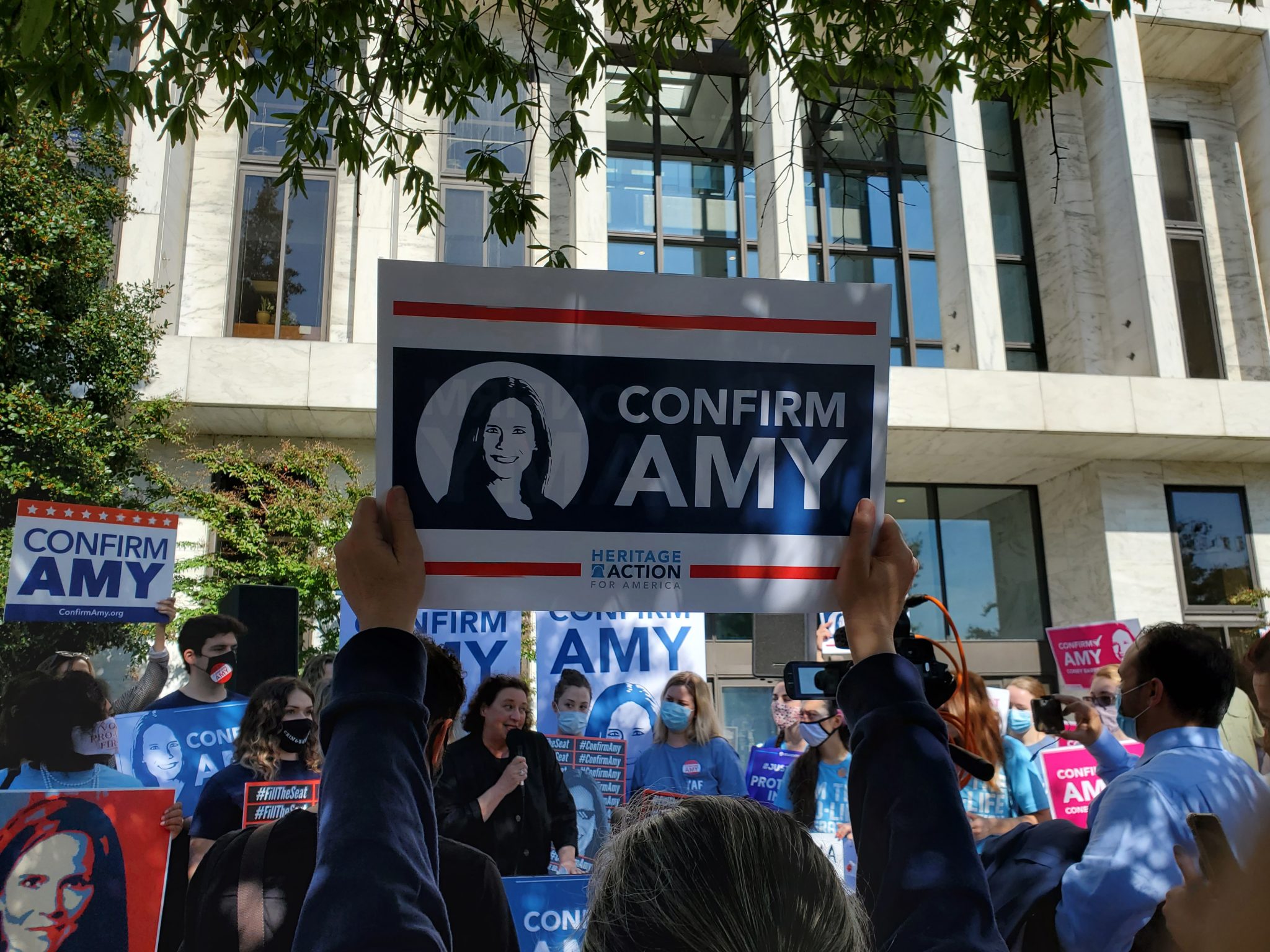 With politics the only show in town, does unplugging feel stranger than ever?

Instead of watching the presidential debate last night, I flew to Colorado for a friend’s wedding. I wrote this from approximately the distance above Earth that I expected Kristen Welker to keep from the news about Hunter Biden’s laptop.

The flight was like being outside time. To make matters more prehistoric, I haven’t downloaded new music to my phone since college, so my Spotify library was as empty as BWI airport.

Listening to old music reminded me that 2020 didn’t invent angst; it just turned it up to 11. Once, we were just young, angry, and apprehensive about the future, but we expected things would eventually mellow out. Now, who’s not angry? Who thinks it will stop, no matter who wins this election?

War if Trump wins and destruction if he doesn’t — but what do you make of the sudden silver lining called ACB?

Thursday morning, the Senate Judiciary Committee voted to take Amy Coney Barrett’s nomination to the Senate floor on Monday. Red-robed Handmaids protested against “fascism” and for every woman’s right to willfully misunderstand literature and her fellow women’s religious views while wearing a dumb costume. But it’s almost Halloween, so girls will be girls.

But some women see ACB as a doubtless very different RBG, and at a rally at noon yesterday, supporters chanted “Fill that seat!” and celebrated their win early.

“I want to say, as a feminist from 1968, that Amy Coney Barrett is what we had in mind at the beginning,” said Barbara Ledeen, a staffer on the Senate Judiciary Committee since 2000. “She is the face of feminist freedom and of feminist choice for all the things that we want in life, for us and for our families. She is the perfect person to take RBG’s seat at the Supreme Court. She furthers feminism.”

The war over the definition of feminism has gone on for decades, and leftist feminists have made deals with the devil to win it. Most notable among these is making support for abortion whenever and wherever non-negotiable for anyone who is really “for” women. Another is that caring for a family gets in the way of reaching one’s “true” potential. Feminism is defined by the experiences when have a right to escape.

True to form, attendees at the Women’s March on Saturday said almost unanimously that they march “to support women,” said Students for Life member Autumn Lindsey. But did they like Barrett? No.

Because Barrett refutes that self-castrating view of womanhood without saying a word. 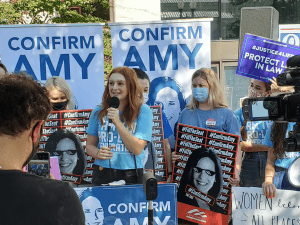 Barrett’s judicial qualifications are the primary reason why a majority of Americans support her confirmation. But another one is that millions of women have been waiting for someone to stand up and speak for them and their life choices, loudly.

The Left has long been much more adept at cultivating legends out of their leaders — such as RBG — and inspiring people, especially the young and idealistic, that their heroes are pulling history along in their wake, no matter what their legacy actually looks like up close.

I know conservatives are all about the action and not myth, deeds and not empty words. But precisely because Barrett shares that view, some mythmaking — the truthful kind — is appropriate and necessary. I mean, come on: Barrett is so brilliant that even her mistakes are stunning. Remember “I will approach every case with an open wine,” from the hearings last week? That should be on t-shirts and tote bags everywhere (stay tuned; The American Spectator staff is on it). 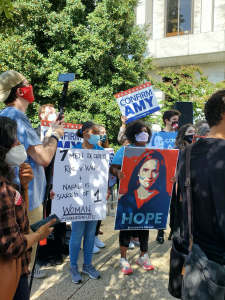 Who else misses Church leaders who were master communicators?

To be clear, Francis did not endorse gay marriage. In his view, a civil union is not the same thing as a marriage, which is a Catholic sacrament. He affirms Church teaching that the latter can only take place between a man and a woman.

The more cynical Francis observers view these comments as another instance of a maddeningly shadowy leadership style: say something slightly ambiguous and then leave it to others, Church hierarchy, media, and laypeople alike, to interpret — or intentionally misinterpret. It’s like a circus act, as they see it: turning Church teaching into a series of flaming loopholes.

Others find themselves doing their best to understand Francis, and finding that no, once again, he didn’t actually stray from Church teaching — but why couldn’t he just state his position clearly? Why not an affirmation of Church teaching, instead of all this politicking?

Pope John Paul II also lived in difficult times, filled with political minefields left and right. He brought every resource God gave man to his teaching: theology, philosophy, poetry, drama, and politics. The goal was revealing truth in every way that humans can find it.

That’s also why he spoke clearly about the sexes’ relationships with each another: 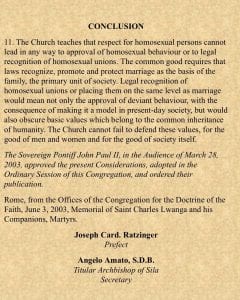 John Paul II knew that spiritual growth works primarily between individuals. This is why writings like his Theology of the Body, with its teachings about how the physical reality of each man and woman leads to theological truths about their relationship to each other, their families, and God, hit people at gut level.

In contrast, encyclicals like Francis’s recent “Fratelli Tutti” are addressed from 30,000 feet as “capable of inspiring new ways of approaching the problems of today’s world, of profoundly renewing structures, social organizations and legal systems from within.” Despite the worthy goals of “fraternity” and “social love,” the more broadly political “systems” approach is harder for people to grasp, and lead to more frustration. What, in terms of my spiritual life, can I do about international bodies — beyond what I am already doing by praying?

This is one way to communicate clearly, about the state of the country, the courts, the world: pray. Please pray.