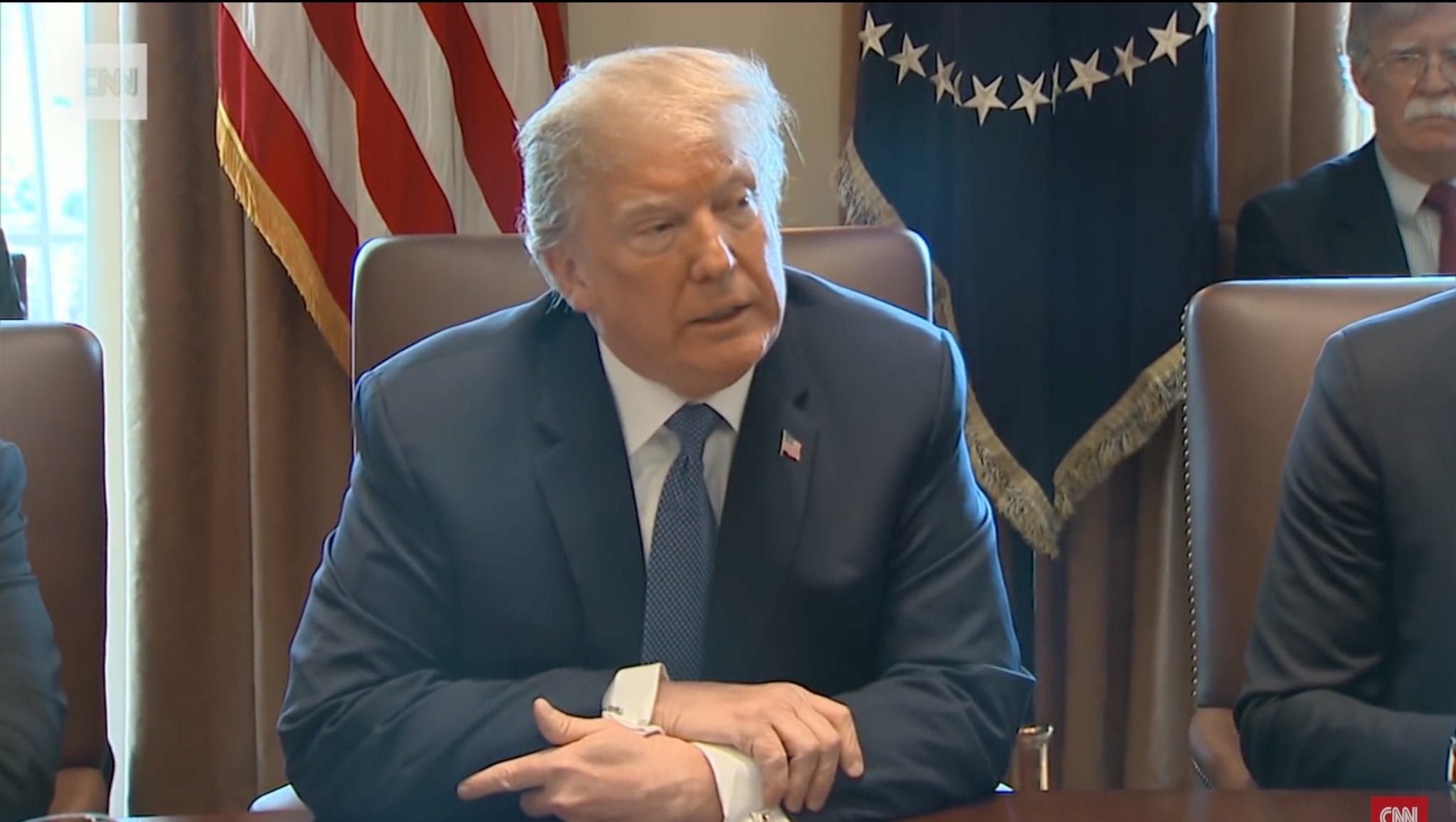 The recent chemical weapons attack in Syria has complicated President Trump’s desire to draw down American forces fighting there. At the same time the president wishes to reduce our presence in Syria, he understands that he cannot allow Assad’s provocation to go unanswered. Yet, the solution, as I’ve argued elsewhere, is simple: Trump can still draw down the bulk of the 2,000 American troops in Syria whilst punitively striking at Assad for his chemical weapons attack last week. Such a response would be both proportional and in keeping with the Trump America First foreign policy (since maintaining credibility abroad is a vital American interest).

In a recent critical essay of my work, the resident conservative at CBS News, Michael Graham, writes:

[Weichert] reasons that it’s in our interests to maintain order in the Middle East, and avoid another Iraq. Except that the fastest way to achieve order is to empower the thug Assad to bring Syria back under his authoritarian control. But he’s the very person President Trump is considering attacking again. How does that make sense?”

It makes sense because we are living in an increasingly complex and multipolar world, where contradictions in policies will occur — particularly in the morass that is modern Mideast politics. Today, the United States is but one of many great powers. Each of these rivaling great powers seeks to compete and balance against each other this complex, anarchic international system. Part of living in such a complex world means reducing your rival’s ability to enact its foreign policy.

Since 2013, the Russians have created a loose alliance consisting of Iran, Turkey, and Assad’s forces in Syria to counteract America’s once-dominant position in the Middle East. It is inimical to American interests to allow for this Russian-backed alliance to dominate the geostrategically vital Middle East. At the same time, the United States cannot — and should not — “go-it-alone” in the region as it tried to do during the George W. Bush Administration. The United States has long-time regional partners, such as Israel and Saudi Arabia (as well as other Sunni Arab states) that it must be more willing to rely on for regional stability.

This concept, known as “buck-passing,” was coined by “offensive realist” John Mearsheimer at the University of Chicago. Essentially, since the United States is the nation that’s farthest away from the conflict zone, it must pass the responsibility of stabilizing the region mostly on to local actors who share its interests (but maybe not its values). It must also learn to not only accept limitations on its own capabilities, but also on the limitations of its partners on the ground.

Since Donald Trump’s election, the White House has shown its solidarity with America’s traditional allies in the region, like Israel and the Sunni Arab states (notably Saudi Arabia) by aligning against Iran’s growing power. In the aftermath of George W. Bush’s idiotic invasion of Iraq in 2003, his successor, Barack Obama, further damaged America’s once-dominant position in the Middle East when he made his ill-conceived nuclear agreement with Iran. This confused America’s allies and empowered its enemies (notably Iran). Obama’s long-running spat with Israel’s leadership also weakened the American position in the region. The damage done to America’s standing in the region was immense and it was going to take much time and commitment to repair that damage.

Since the Saudis and Israelis are both existentially threatened by Iran’s growing power in the region — and since Syria is the linchpin for Iran’s expansion (connecting Iran and Iraq with Lebanon and Israel) — Iran’s ability to use Syria as a conduit for its imperial growth in the region must be stunted. Without the backing of the United States, neither Israel nor the Sunni Arab states of the region could ever hope to keep Iran’s ambitions in check — especially with Russia backing their play.

So, Trump striking back at Assad for his continued chemical weapons use is in the national interest, because it assures our allies that we have their proverbial backs in their fight against Iran (and prompts our regional partners to take greater risks in pushing back against the Russo-Iranian-Turkish alliance). Plus, it weakens the Assad Regime, meaning it complicates Iran’s goal of dominating the Levant —without destroying the Assad Regime (which would create a power vacuum the jihadists fighting his regime would happily fill).

North Korea, Iran, and Syria (as well as several other states, including Russia and China) form what I refer to as the “nuclear nexus.” These states are all engaged in the illicit proliferation of nuclear (and other WMD) capabilities, as a means of undermining American power globally. If they were to succeed, America would be directly threatened by these nuclear weapons.

With North Korea indicating its openness to denuclearization, Mr. Trump cannot be seen as waffling on the use of WMD by North Korean allies, such as Syria. It would weaken Mr. Trump in the eyes of the North Koreans at a critical juncture in tense negotiations. Besides, a weak response to Assad’s chemical weapons attack from Trump would only encourage the Syrian strongman to double-down on his grotesque policies — which would inevitably directly threaten Israel (the recent Douma attack happened about 273 miles away from Israel’s border with Syria and Israel has been forced to militarily strike into Syria several times). Plus, a soft response to Assad would likely create a greater refugee crisis, as many Syrians would seek an escape from the hell that is Syria — likely sending these migrants into Europe. And, should Trump go easy on Assad now for his chemical weapons use in Douma, it would inspire the Iranians to expand their nuclear weapons program (thereby creating a destabilizing breakout of nuclear capabilities throughout the Mideast).

No, it is not in America’s interest to simply ignore Assad’s repeated chemical weapons use, or to empower his regime — at the expense of our regional allies. That would actually force America to expand its role in the Mideast at precisely the time it needs to reduce its physical presence there. Thus, a retaliatory — proportional — strike against Assad for his chemical weapons attack would be a justified use of American force (and would actually solidify America’s position in the region, without expanding our role there).