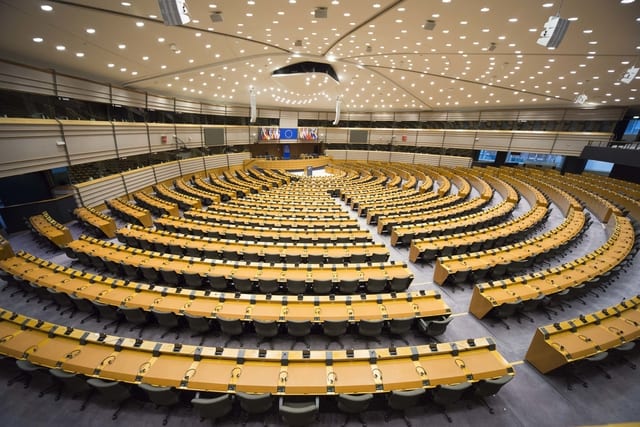 As in any divorce, attention is focused upon the agitator for break-up. What led to the severing of cordial relations? Why are resolution and compromise no longer options to explore? How will our “hero” fare once separation is accomplished and independence is regained? In the Brexit scenario, Britain is the protagonist, and the British people the triumphant participants in the divorce proceedings. But what of the losing side in this severing act? Whither the European Union?

Soon-to-be ex-MEP Anne Widdecombe offers her colleagues in the EU orbit some parting advice. The original “vision” of a “loose alliance of sovereign nations in a trading agreement with some sort of political co-operation” was a “noble ideal” that, had it been upheld and honored, she doubts that “Britain would now be leaving.”

Such was not to be, however. “Co-operation morphed into domination,” she laments, and “sovereignty morphed into a superstate.” With no hope of restoring the independence of states within the Union, she reasons, “Britain is going.” Nor will the UK be the first, Widdecombe warns: “I believe when we make a big success of being a competitor on your doorstep, others will follow us.”

Not all EU critics are so pessimistic. Hungarian Prime Minister Viktor Orbán praises Boris Johnson and the Brexit outcome. All were against the British premier, Orbán told a press conference in Budapest — “the liberal-leftist media, the global Soros network and all the tools of the pro-remain EU” — but Johnson and the British people persevered, and “have opened this vast door of opportunities for themselves.” Hungary’s PM may be a bit envious when he said, “I’m sure there is a success story that will be written there.”

For the moment, though, Orbán is not angling to ditch the EU himself. Instead, as Breitbart London reports, Hungary “supports bringing Serbia” and similar states into the Continental union, hoping it will align with Hungary and its “conservative-minded allies in the Visegrad group” — Hungary, Czechia, Slovakia, and Poland — to transform the “bloc into an alliance of sovereign nation-states, rather than a nascent federal union along U.S. lines.”

Thus are we presented with two possible models for a future EU: either decentralize, return local powers to member nations, and simply focus on areas of mutual benefit or ignore the popular protests against Brussels’ grasping for ever more power, finally coming to fruition in Britain and now building up in the remaining E-27 members, whether that be France, Italy, or Spain.

Victorian theorist Herbert Spencer had the EU pegged more than a century ago. “Within every society, each species of structure tends to propagate itself,” he wrote. “Just as the system of voluntary co-operation by companies, associations, unions … spreads throughout a community, so does the antagonistic system of compulsory co-operation under State-agencies spread.” For Spencer, the “total” State was self-fulfilling: “The larger becomes its extension, the more power of spreading it gets.”

Is satiating Brussels’ appetite for more power a vain aspiration? Probably. Can the EU change itself? Ask first if it wants to, and the second is rendered rhetorical. What reforms that do result, as in the UK, from disgruntled populations fed up and no longer willing to trust their own politicians to defend their sovereign rights, let alone the bureaucrats ensconced in Brussels. They are like the Bourbons, learning nothing and forgetting nothing.

Fortunately, Britain has led the way: in her desire for independence, her perseverance in pursuing it, and her ultimate triumph — on January 31. Pitt the Younger’s patriotic aspiration in the midst of the Napoleonic Wars is come to pass, again: “Let us hope that England, having saved herself by her energy, may save Europe by her example.”

Hungary’s Viktor Orbán should not dismiss Spencer’s warning about Europe’s inexorable trajectory; and think twice about adding other states, attempting to create a counterweight to the inevitable. (After all, no state is immune to the inherent power-hunger of bureaucracies.) Can they really reform the EU and convert it to confederation? Or will they succumb to the nature of the beast and, failing to “beat it, join it” instead? Orbán would be wise to pause and consider Spencer’s admonition: “The question of questions for the politician should ever be — ‘What type of social structure am I tending to produce?’ But this is a question he never entertains.”