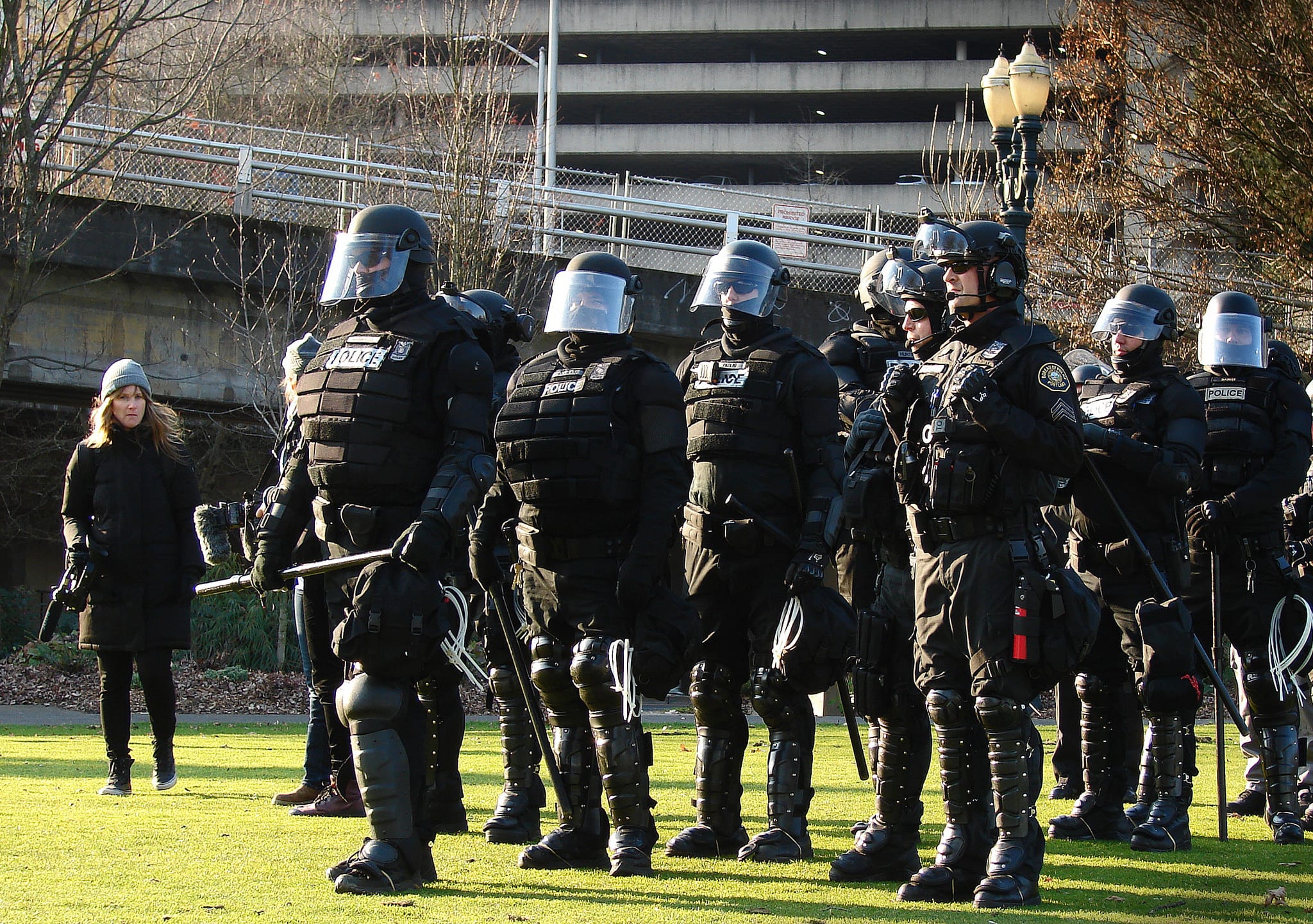 Portland has a problem. Lawless, marauding bands of psychotic social justice warriors halt traffic, assault counter protestors, and generally impose mayhem on the community. They call themselves AntiFa, but their behavior is wholly fascistic.  It needs to stop.

Usually, we can’t see who these violent people are as they mask themselves. But a few of the perpetrators were arrested over the weekend. See below: 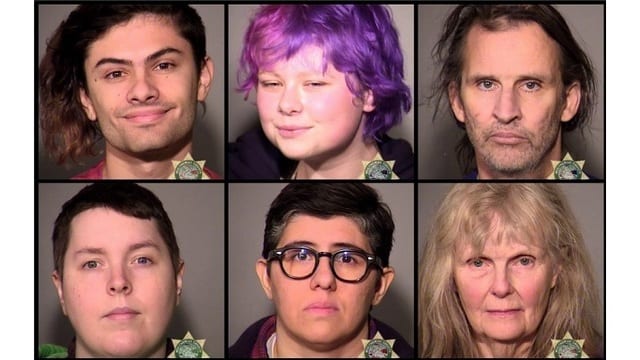 Do these folks look normal to you? These mugshots are who’s who of shaky mental health and questionable stability.

Strip away their masks, how well do these terrorists do against average Americans?

Here’s a few notable quotes from the local reporting via KOIN 6:

Small explosives? Were the terrorists setting these off or were the police?

And then there was this tidbit at the end:

Who is the “Federal Protective Service”? Evidently, they’re a police force associated with the Department of Homeland Security. The crazies in Portland are acting sufficiently insane to provoke the Federal government to come in to strengthen the spine of the local police? Or perhaps the local mayor called them.

Why would anyone be worried about these pathetic creatures? Well, they’re scarily violent. Andy Ngo of Quillette did some excellent on-the-spot reporting:

Hannah McClintock, the woman in yellow with #antifa, repeatedly spit at a man & hurled punches at him. I had witnessed her trying to fight people over & over. She was one among six people who were arrested. pic.twitter.com/jWtX2wahw8

There’s now a drive to require protestors to show their faces. It’s interesting that whether it’s Hamas or ISIS or AntiFa, the bad guys always wear black, mask themselves, and incite violence.

The Portland group, though, is pathetic. If anyone decided to punch back, these psychologically unstable, sexually confused, miserable miscreants would be flattened. Every single one looks like he (or she) would benefit from some time in a mental institution.

Their behavior is anti-social and dangerous. They also empower, by their actions, the very institutions they claim to hate. Because they refuse to conform to social norms of peaceful protest, they provoke more statist action and encourage average citizens to support the embattled police and the state that controls them.

For those who worry about civil liberties, the lawlessness and unhinged actions of the Left will end up restricting freedom. They’ll be angry about it, while they cause the result.

Portland has a problem. So does America.