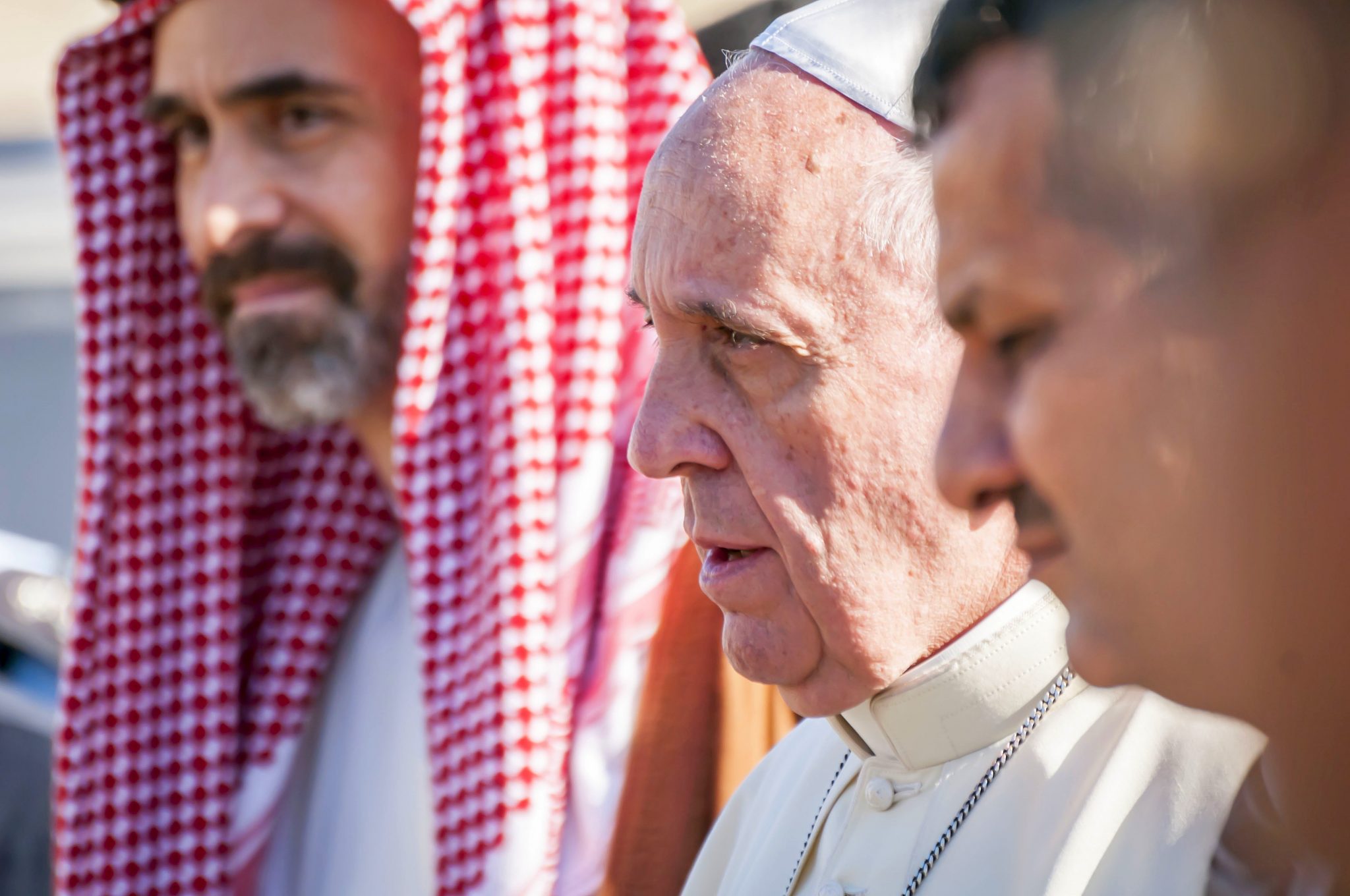 Pope Francis returned to Rome today after a historic four-day trip to Iraq. During the trip, he visited Baghdad, Ur, Erbil, Mosul, and several other sites. The first-ever papal visit to Iraq came at a time when the country is engulfed in increased violence and the struggles brought on by COVID-19.

The Shiite militia that claimed responsibility for the February 16 rocket strike on a U.S. base, announced and kept a ceasefire for the duration of the papal visit.

Despite concerns over security and COVID-19, the recently vaccinated pontiff and entourage completed the four-day trip without issue.

A stop in Ur, the city from which Abraham departed millennia ago, was marked with calls for greater inter-Abrahamic fraternity, with Pope Francis stating that “we wish to commit ourselves to fulfilling God’s dream that the human family may become hospitable and welcoming to all his children; that looking up to the same heaven, it will journey in peace on the same earth.”

Some have criticized Pope Francis’s penchant for attempting to work with other religious leaders, particularly Islamic leaders, as being far too universalist. But in a place like Iraq, where inter-religious violence is so common, it is a step in the right direction to find common ground and ease tensions.

The pope’s visit and service at the Our Lady of Salvation Cathedral in Baghdad, the site of a 2010 ISIS bombing that left 70 dead and more injured, was a sign that the Church can recover from adversity. The pope offered these words for the martyred:

We are gathered in this Cathedral of Our Lady of Salvation, hallowed by the blood of our brothers and sisters who here paid the ultimate price of their fidelity to the Lord and his Church… May the memory of their sacrifice inspire us to renew our own trust in the power of the cross and its saving message of forgiveness, reconciliation and rebirth.

While there have been recent attacks on religious freedom in the West, these challenges pale in comparison to what Christians in other parts of the world, particularly the Islamic world, face.

Iraq is a particularly brutal place for Christians to live. The mainly Assyrian Christians of Iraq were subjected to “Arabization”  under Saddam, but they were largely able to resist. The 1987 Iraqi census reported that there were around 1.4 million Christians in the country.

Following the 2003 invasion of Iraq, the number of Christians in the country plummeted. While Sunni and Shia militias targeted each other, they both assaulted Christian populations.

The short-lived Islamic State caliphate increased the violence against Christians, as well as other religious minorities, forcing more to flee. Today, Iraq’s Christian population is estimated to be less than 250,000, though there has not been an official census.

While a visit from the pope to the predominantly Muslim country of Iraq by no means will mean an end to the devastation caused by two decades of war with no end in sight, it sent a powerful message for peace in the region and showed support for some of the most persecuted Christians in the world. Perhaps a miracle is the only thing capable of diminishing the incredible levels of human misery in Iraq.