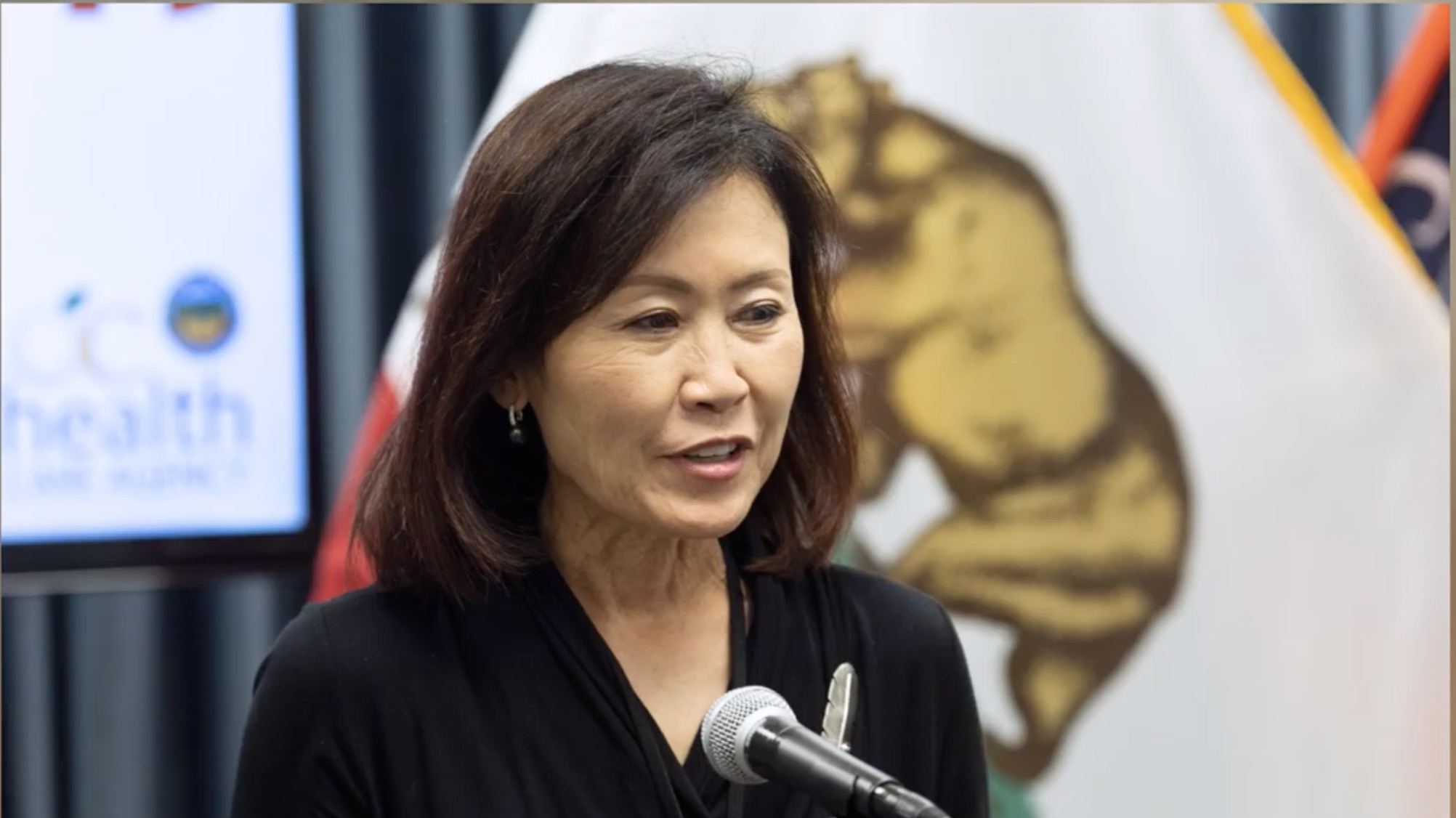 Michelle Steel won back the 48th Congressional District of California. It is a microcosm of what happened on November 3. Other than the horrible mess of election irregularities that have tainted the presidential election, this voting season was a wonderful Republican victory run. We stuck it to Ocasio. We stuck it to Boynee. We stuck it to Pelosi. We stuck it to Chuck.

There were crazy, lazy, hazy polls. One explanation is that the polls were off deliberately, falsifying expected vote outcomes, to induce voter suppression among Republicans while encouraging bursts of campaign donations from across the country for hapless and hopeless Democrats. Alternatively, the polls were off because they were conducted by incompetents. Anyone who ever has gotten a bad haircut knows that not every licensed hair stylist should be near scissors. Probably the crazy polls resulted from a blend of the two possibilities: incompetents and hacks who wanted to help Democrats by giving false hopes to prospective leftist donors while inducing Republicans not to vote.

But those polls backfired. They gave undue courage to Democrat leftists — so-called “progressives” — to tell Americans openly what they would do if — when — elected:

1. We will end the filibuster, Buster. That way, we can pass anything we want with 50 senators plus Kamala Harris’s vice president.

2. With that done, we next will destroy the American legal system by packing the Supreme Court. No longer will justice be decided by jurists examining facts and legal precedent presented to them in briefings and at oral argument, but instead we will throw some black robes on the first 15 or 20 leftist hacks we can find and let them make the political calls. Of course, then the next Republican president will counter-balance them by naming his or her own new 20 conservative hacks. Then, when we get the White House back, we will name 20 more and invest in the company that manufactures those robes, Pierre. In a century, every American alive will be on the Supreme Court and will own a pair of black robes. And what of 300 years of dead Americans? Why, they will be voting for Democrats.

3. We will make Puerto Rico a state. That will give us two more Democrat senators. Then we will make Washington, D.C., a state. New flags will have to be designed to lay out 52 stars, so we can burn the right ones. Then, when the Republicans come in, they can divide Mississippi into two states to add two more conservative senators. And they can split up North Dakota and South Dakota and create additional states of East Dakota and West Dakota. That way they end up with six senators. Then when we come back in, we can split up California into two states and New York. Then the Republicans can do their next split. In time, we can rename the country “United States of Amoeba.” We eventually can end up with 200 states, with 400 U.S. senators, with 200 stars on the flag, leaving no room for any more stripes.

4. We will end the Electoral College because it is the only college left in the country that does not have a Critical Race Theory major requirement.

5. We will defund the police because who needs the police anyway when we have Black Lives Matter and Antifa to patrol the streets of Chicago every Saturday night?

So the Democrats acted distinctly differently from most politicians. Most politicians lie outright during the election campaign, hiding their real agenda until after they get elected. Remember how Obama campaigned as being opposed to gay marriage? Or how George H. W. Bush was not going to raise taxes? Yet, ironically, the Democrats were so emboldened by the crazy-wrong polls that they emulated none other than Donald J. Trump and openly told the voters what they truly would do if elected.

The thing was, the polls were wrong, and Quinnipiac neglected to send the Dems the memo. So voters streamed to throw out “moderate” Democrat congressional representatives they just had elected in 2018, the sorts who swore on a stack of Bibles never to choose Nancy Pelosi to serve as their House Speaker. Out they went. Out, damned spot.

The Democrats thought they would be increasing their House majority. Ocasio was talking about demanding that the “progressives” get cabinet posts and that their agenda be adopted — the Green New Deal, the Earth ending in eight more years, defunding the cops, dismantling ICE, opening the borders and ending borders altogether, granting amnesty to 11 million illegal immigrants. But instead reality overtook the polls. As the night ended and the focus turned to cheating Trump, it quietly began to emerge that the GOP actually had saved the U.S. Senate. Susan Collins won Maine, John Cornyn Texas, Thom Tillis North Carolina, Lindsey Graham South Carolina — and most by large margins, from eight to 10 points and more. In all, the U.S. Senate held. And while Governor-Not Stacey Abrams was licking her chops — and any other food within sight — imagining that Georgia had turned “blue,” both Republican U.S. senators there are well positioned to win their respective run-offs now that the Libertarian Party will be off the ballot, prevented from splitting away precious conservative votes.

Meanwhile, the House turned around, too. As of this writing, Republicans have flipped at least nine House seats so far, with great chances of increasing their net gain as high as 13. Moreover, although no news media seem to count the reelection of Jeff Van Drew in New Jersey as a GOP flip, they should because he came in last time as a Democrat and now ran successfully as a Trump Republican. His win comprises as much a Republican flip as any other. That means the Democrats come in this time on the descent with a bare House majority, prepped for final flipping in two years. Go, go Ocasio! A few among the bare survivors now are scared quasi-moderates. They will be like Joe Manchin, Democrat of conservative West Virginia in the Senate — no waves and no acquiescence to crazy stuff.

As noted at the outset, one of those Republican flips has happened in my neck of the woods. Michelle Steel beat out Harley Rouda in Orange County, California, to take back a redoubtable GOP seat. I met privately with her husband, a Republican Party official, last year as we talked about her planned race. A former law student of mine, active in her campaign, had recruited me. I signed on and soon campaigned for her, especially in Jewish voting circles out here, even wrote a letter on her behalf during our Jewish Holidays season in September. She ran a great campaign. I loved her TV ads, pointing out why she should be elected and why her opponent was all wrong for Orange County. It amazed me to watch how well she campaigned and advertised, while the neighboring district saw a pathetic effort by the Republican candidate in my district to retake another eminently “retake-able” seat. The Democrat congressional representative who won two years ago in our district is a zero, a nothing, and easily can be beaten if challenged by someone who campaigns as Michelle Steel did.

By the way, Michelle Steel is of Asian descent. And is a woman. She represents a potential new wave of Republicanism. It has remained a mystery to me how Asian Americans, as among all disadvantaged groups, conceivably can identify as Democrats, given that they are omitted from all Identity Politics and Intersectional efforts. The Democrats mercilessly wield their Intersectionalism to keep hard-working and fabulously achieving Chinese Americans, Japanese Americans, South Korean Americans, Vietnamese Americans, Cambodian Americans, and Thai Americans out of colleges like those of the University of California and out of the Ivy League by imposing “Affirmative Action” quotas that disproportionately disadvantage hard-working and high-achieving Asian Americans. Hopefully, Michelle will become a role model for many to think Republican.

Michelle Steel’s win, alongside the weakness of the GOP effort in the district next door, demonstrates that, with a few more dynamic candidates in 2022 House races, the GOP will be well situated to take back the House, hold the Senate, and enjoy its other enormously significant gains in down-ticket state legislature and gubernatorial races from this election season. The Republicans did so well on November 3 in those state legislative races that the GOP is even well positioned for the 2020 redistricting advantage.