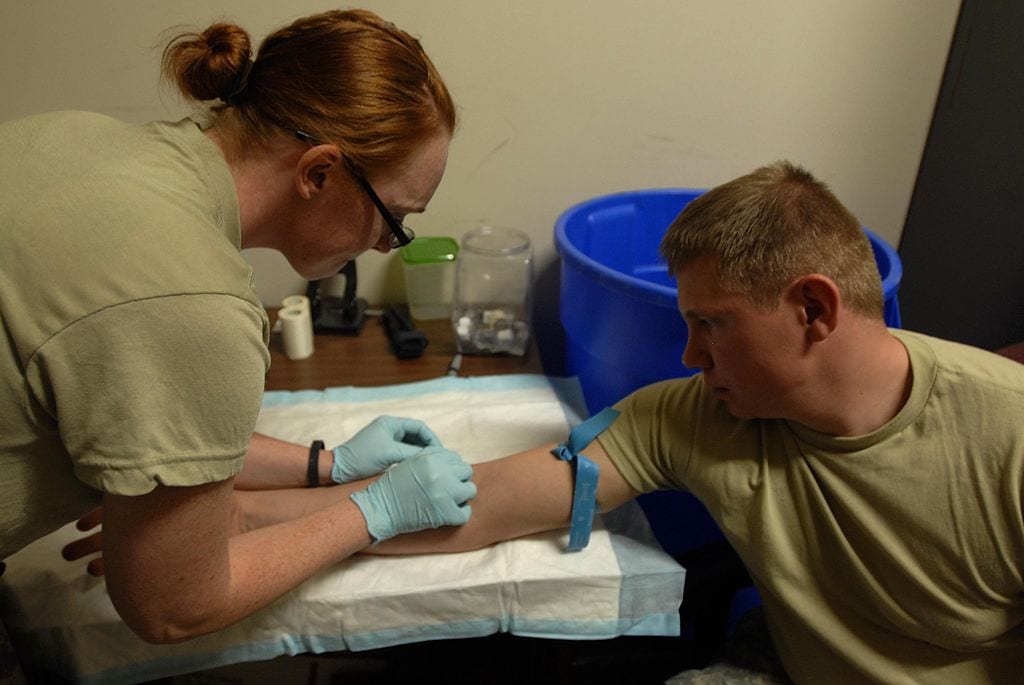 Democratic pollster Civis Analytics reports that nearly a third of voters want the party to focus on healthcare should it retake Congress and the White House in the 2020 elections. The 31 percent prioritizing healthcare tops the 15 percent wanting to focus on guns, the 14 percent naming immigration as the most salient issue, and the 11 percent citing deficit reduction as the problem most needing attention.

When asking the question to just Democrats, healthcare’s numbers balloon. Forty-five percent point to healthcare as the most important issue. Perhaps the pollsters asked the wrong question. If Democrats win control of Congress and the White House, to what extent did the Republican failure to reform healthcare cause it?

The partisan poll highlights the bipartisan interest in reforming healthcare. It plays not as an issue but the issue of our times. The economy, tax cuts, the deficit, and so much else revolves in large part around this massive sector of the economy.

Americans spend more than $10,000 per inhabitant annually on healthcare. This amounts to about $3.5 trillion this year, and, according to researchers for the Centers for Medicare and Medicaid Services, reaches $5.7 trillion by 2026. That figure nearly approximates a fifth of the entire projected economy.

The size of our healthcare obligations inflates our federal obligations. Fifty years ago, healthcare spending constituted about five percent of the federal budget. Today it eclipses 25 percent of the federal budget. Cutting taxes, creating a new spending program, or reducing the deficit grows ever more difficult because healthcare grows ever hungrier the more it feasts on tax dollars. It needs a diet. Given that so many nations spend less and achieve healthier results, the diet need not inflict pain.

The American economy, sputtering throughout much of the 21st century, suffers from a nagging flu of sorts so long as healthcare devours such a massive portion of gross domestic product (GDP). In 1970, Americans spent about seven percent of GDP on healthcare. Sure, the population aged about a decade since and our bellies grew faster than we aged. But this explains only a minor part of the massive growth in spending. We now fast approach spending 20 percent of everything on one area, which leaves less for mortgages, food, clothing, transportation, and everything else.

Neither tax relief nor regulatory reform does more for the economy than a revamping of healthcare. Politicians must necessarily go small on everything until they go large on healthcare reform.

Last year, Republicans in Congress decided to punt on reform. Americans, as this new poll indicates, want the other team to go for a new set of downs. The reasons seem fairly clear. Our personal accounts, business ledgers, and government budgets grow increasingly taxed by the expense of hospital bills, prescription costs, and doctor’s visits.

This burden does not impact Democrats more than Republicans or Republicans more than Democrats. It impacts poor people dependent on Medicaid and rich businessmen with employees dependent upon them for insurance. Guns, immigration, terrorism, and almost every other issue listed as a concern to pollsters does not affect Americans in as universal and direct a sense as healthcare does.

This explains why Americans responded so overwhelmingly for reforming healthcare in this poll. The way in which Americans want healthcare reformed differs dramatically. But they agree on the need for a fix. And where there’s a will — and there is a will — there is a way.