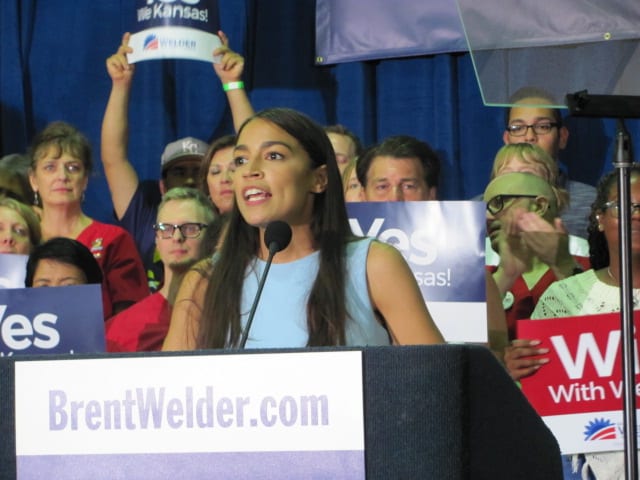 Americans unite on identifying the major problem facing the nation but divide profoundly on the solution. We agree, and then we agree to disagree.

Exit polling for the 2018 midterms found voters citing healthcare far more than any other issue, even the economy, as their number one concern. But a new poll by Gallup indicates the difficulty lawmakers face in coming together over a solution.

Perhaps these confusing answers — yes to government paying the bills when needed, no to government running a system — illustrate why the United States features such a confusing healthcare “system.” About 150 million Americans receive coverage through private insurance generally obtained through employment. About as many receive coverage through Medicare and Medicaid through the state or federal government.

This private-public healthcare results in the worst of both worlds — the greed of capitalism mixed with the corruption inherent in big government. 60 Minutes recently illustrated how this works in action.

“The actual drug naloxone can cost as little as a nickel a dose, according to industry insiders,” Lesley Stahl explained about a drug that brings those overdosed on opioids back to life. “But Evzio costs a lot more: its price tag is over $4,000.”

Since 2014, Medicare expended $142 million on this product. The company “generously” agreed to cover any copay assessed, likely because it knew that nobody would pay out of pocket for even a portion of the wildly inflated price. So, instead, everybody pays this private company through public dollars.

Is it any wonder that Americans pay far more for healthcare than any country in the world?

Americans spend in excess of $10,000 per capita on health care. Brits, Japanese, and Canadians pay less than half that.

“People don’t want overly complicated choice between pricey, low-quality plans,” Alexandria Ocasio-Cortez recently tweeted. “We want an affordable solution that covers our needs, like the rest of the modern world. Medicare for All: – Single-payer system – Covers physical, mental, & dental care – 0 due *at point of service*.”

The reality is our government pays more for healthcare than the British, Japanese, and Canadian governments do. One of the reasons why the private sector also pays more than their private sectors involves “0 due *at point of service*.” When a third-party, whether the state or an insurance company, pays the bill, neither the provider nor the consumer worries much about price. This basic commonsense explains why Evzio offered to cover all copays—they wanted the consumer and the provider to regard money as no object.

Ocasio-Cortez’s tweet (another Ocasio-Cortez tweet drew ridicule by claiming that Pentagon accounting errors — that strangely totaled something near all defense budgets combined since the beginning of the republic — could pay for two-thirds of Medicare for All) seems a tacit admission that Obamacare failed. Though doing so, it fails to grasp why Obamacare failed. Despite the last president calling his signature legislation the Patient Protection and Affordable Care Act, it acted to drive up costs. Though advertised as a measure addressing affordability, Obamacare always fixated on expanding coverage both in terms of the number of Americans insured and the number of benefits guaranteed under their policies.

The healthcare crisis primarily involves inflated costs that bankrupt individuals, hamstring business profits, explode the deficit, and perpetually drags the economy. Any reform that does not address cost becomes, like Obamacare, a reform that begs for another reform.