Vann Nath, whose ability to skillfully paint and sculpt images of Pol Pot made him one of only seven

survivors of the horrific tortures at Tuol Sleng prison in the 1970s, passed away Monday. After the Vietnamese drove the Khmer Rouge regime from power in 1979, Vann painted many depictions of the atrocities carried out at the prison, also known as S-21, and at Choeung Ek, the best-known of the Killing Fields where prisoners were executed and dumped into mass graves.

Vann also testified last year against Kaing Guek Eav, the head of S-21, whose trial I wrote about for American Spectator on several occasions.

If you are ever in Cambodia, make sure you visit the Tuol Sleng Genocide Museum — it is sobering. Vann’s paintings, in addition to black-and-white photographs of the many thousands of victims, are there.

Some of his work: 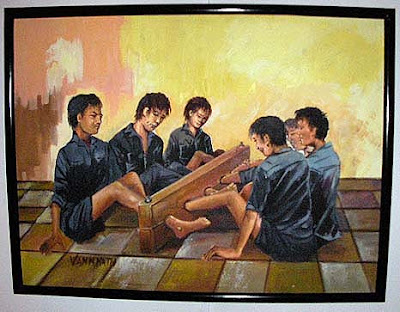 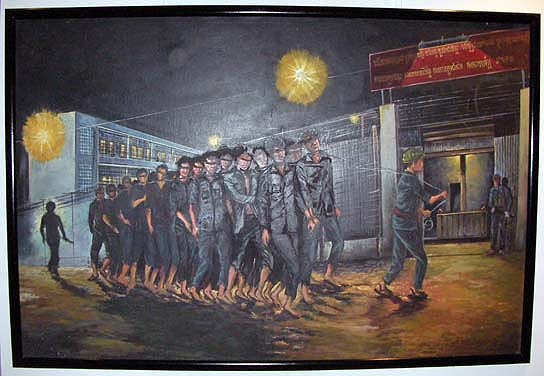