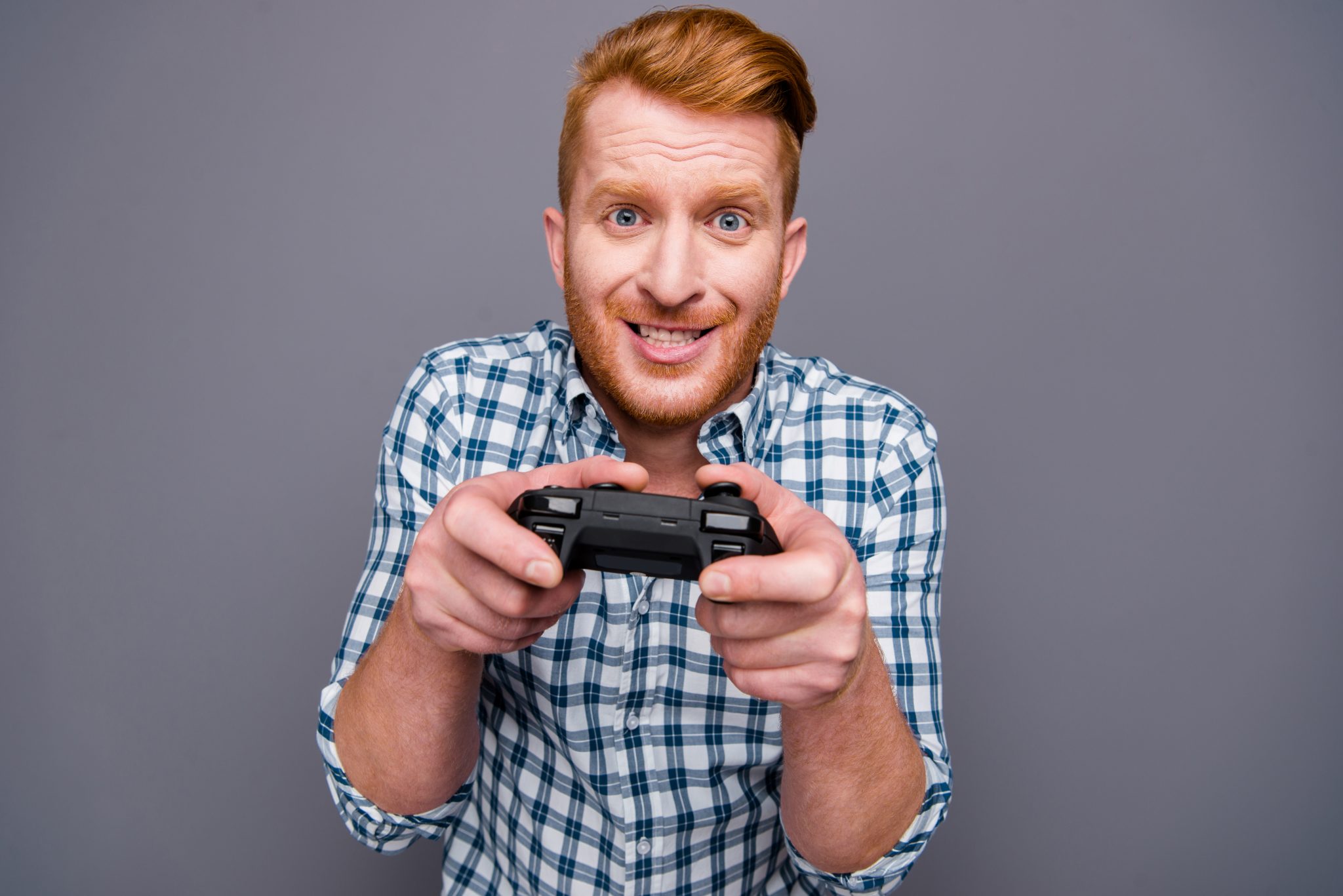 If there are any certainties in life, they are death, taxes, and that your favorite hobby will be infiltrated and taken over by social justice warriors. We’ve already seen this in film, sports, novels, comic books, and role-playing games. Video games remain one of the last places where the social justice warrior cancer hasn’t fully metastasized.

It’s still there, though. Gamers revolted against the corrupt games journalism industry during the GamerGate controversy of 2014, but were not able to fully excise the cancer from their favorite pastime. Indeed, the SJW point of view persisted, and many of GamerGate’s chief antagonists saw their positions of power elevated and further entrenched. Still, the ride never ends: video game giants Electronic Arts and Ubisoft, as well as Google, Facebook, Microsoft, and the Anti-Defamation League recently partnered with nonprofit Raising Good Gamers to help foster the sort of gaming culture they think should exist. The Wild West days of the early internet are truly long gone.

Sony’s forthcoming PlayStation 5 will allow users to record voice chats and submit them to Sony Interactive Entertainment for “moderation review.”

You might be wondering why video games matter. After all, they’re nothing but a frivolous waste of time, right? But where there’s money, there’s power, and there’s a lot of money in video games. The video game industry made $152 billion in 2019, and is projected to hit $196 billon by the close of 2020. In contrast, the movie business hit $101 billion in 2019. And lots of people of all ages play video games. A survey this past July revealed that 85 percent of gamers range from under 18 to age 54, with the 34-to-54 cohort representing 26 percent of this number — 5 percent more than the under-18 group. This ubiquity is why gaming is another vector for progressive mind control. Politics is downstream from culture, as the saying goes, and chances are you or someone you know has video games in their home.

Peter Pischke of the Post Millennial walks through the history of this new unholy partnership between the far Left and the video games industry, and it all begins in Germany:

Martin Lorber, Electronic Arts Public Relations Director for German-speaking countries, announced in April a dual project between itself, the German government, and two new organizations: Good Gaming – Well Played Democracy and Keinen Pixel den Faschisten (No Pixels for Fascists). Their stated goal is to make sure gamers do not become radicalized into neo-Nazis. However, even the smallest bit of digging reveals that this project is, in truth, nothing more than a full-throated attempt to force the games industry and social media platforms to bow down before social justice.

You’re entirely justified if you get chills reading this. Here’s more nightmare fuel: No Pixels for Fascists’ parent organization, the Amadeu Antonio Foundation, is headed by a former Stasi agent named Anette Kahane:

Pischke continues, “Good Gaming writes its job is to analyze ‘how right-wing alternative actors are increasingly trying to foment a misanthropic atmosphere on gaming platforms.’ They have a problem with right-wingers enjoying space on [popular video game digital distribution service] Steam, for example. Social media posts show their plan is a propaganda war, that they want to educate young people to recognize ‘hate’ online and push back against right-wing ideas.”

What this look like is “educating” organizations and individuals on how to recognize signs of creeping radicalization, and even identifying supposed right-wing wrongthinkers based on their social media profiles. The consequences of being fingered as a “neo-Nazi” are as of yet unknown, but it doesn’t take a vivid imagination to foresee, for example, that identified right-wingers would have their privileges restricted or otherwise eliminated.

The American version might be less strident, but it’s equally troubling. The alliance to thought-police gamers for creeping right-wingery was facilitated by the nonprofit organization Games for Change’s Raising Good Gamers (RGG) initiative. Their advisory board is a who’s who of game developers, media and entertainment giants, and the ADL. As Pischke points out, the American version seems to mirror the German one, though with a happier face.

RGG’s September 2020 white paper is rather broad, but it explains the organization’s goals and what sort of policies could make sure that “online toxicity” is properly managed. Ideas promulgated include “greater engagement between members of the game industry and policymakers and legislators,” incentivizing game developers and publishers “to eliminate toxicity in their games and communities,” more robust moderation, and encouraging brands and sponsors to “stop sponsoring toxic influencers” to “shift influencer culture away from one rooted in toxic masculinity toward one that is more diverse, inclusive, and prosocial.”

Given that RGG’s core values include “Diversity,” “Equity,” and “Inclusion,” generously peppered with social-justice buzzwords and phrases like “anti-racism,” “toxic masculinity,” and “systems of bias and inequity,” it doesn’t take a genius to realize that groups like Antifa and BLM won’t be targeted for re-education or elimination.

Americans need to be aware of this social justice infestation. Millions of Americans buy their children video games, thinking they’re a harmless pastime. Millions more love to blast demons, stop Goombas, or quest for treasure after a hard day’s work. It’s no different than the proverbial Joe Sixpack coming home and flipping on a football game — a sport which, coincidentally, is also shoving social justice propaganda down his throat. And this desire to infect gaming isn’t new: in 2017, NPR was already asking, “Can Activism-Focused Games Change Our Behavior?” We’ve come a long way from the days of “First-person shooters don’t inspire school shootings!”

There is this idea that video gamers are evil, toxic, racist misogynists who hate women and radicalize other young male gamers into becoming goose-stepping Nazis. It’s a tiresome argument, and, as Pischke points out, has no basis in reality. Still, it’s a pernicious, slanderous idea that attaches to any space where males congregate and trade banter and foul-mouthed quips, especially if said males don’t toe the leftist line. Given that the ADL has already shown an interest in gaming culture and has found it insufficiently progressive, including castigating Steam for not policing “hate groups,” we can fully expect their influence to pull RGG further down the social justice rabbit hole. Not that its partners wouldn’t already be willing to follow.

There is a lot of violent, misogynistic, and otherwise reprehensible rhetoric that flies among gamers, often moving beyond the world of mere trash talk into having real-world consequences. For example, more than one angry gamer has swatted an opponent — that is, falsely reporting criminal activity — that has led to someone dying. This is horrible, but can hardly be called “right-wing behavior.” The solution to these problems isn’t SJW infiltration and political propaganda, but try telling that to gaming’s head honchos.

We can get an idea of how game developers could implement RGG’s initiatives by looking at the release of The Last of Us: Part II earlier in 2020, the sequel to a popular survival horror title from 2013. The game’s story is rife with anti-Christian and pro-LGBT themes. This is fine in a world of free expression in the arts, but one wonders why the gay-hating religious cult had to be Christian, and whether, if another faith were chosen as the villains, the gaming cognoscenti would have defended the game so vociferously or if RGG would pressure on developer Naughty Dog.

Gaming giant Sony further tipped the gaming industry’s hand when its recent PlayStation 4 update let users know that the forthcoming PlayStation 5 will allow users to record voice chats and submit them to Sony Interactive Entertainment for “moderation review.” Sony isn’t an RGG adviser, but it has teamed with the ADL in the past to help police speech it doesn’t like. So it doesn’t take a crystal ball to predict what sorts of comments Sony will find objectionable.

So what can consumers do to fight back? The easiest thing is to stop giving money to people who hate you. Don’t purchase games by corporations that actively stand against everything you value. If this means you have to forego the 874th iteration of Madden or Call of Duty, so be it. There are thousands of other games out there, big budget and indie, made by people who respect their audience. Second, if you’re not a gamer, consider donating to independent crowd-funding campaigns by game creators fighting the good fight. And third, spread the word about this troubling trend and the alternatives that are available. The battle is cultural, and video games are but one front. We’ve already lost the arts, professional sports, and even collectible card games. Let’s do our best to keep video games from the clutches of the woke.