The End is Nigh,Top Story Climate Change,Globalism ‘Planetary Politics’ and the End of Sovereignty - The American Spectator | USA News and Politics
Menu
The End is Nigh
‘Planetary Politics’ and the End of Sovereignty
We have seen how those in power responded to a global pandemic. Sovereignty won't stand a chance.
by Francis P. Sempa
Stewart Patrick of the Council on Foreign Relations (YouTube/Council on Foreign Relations) 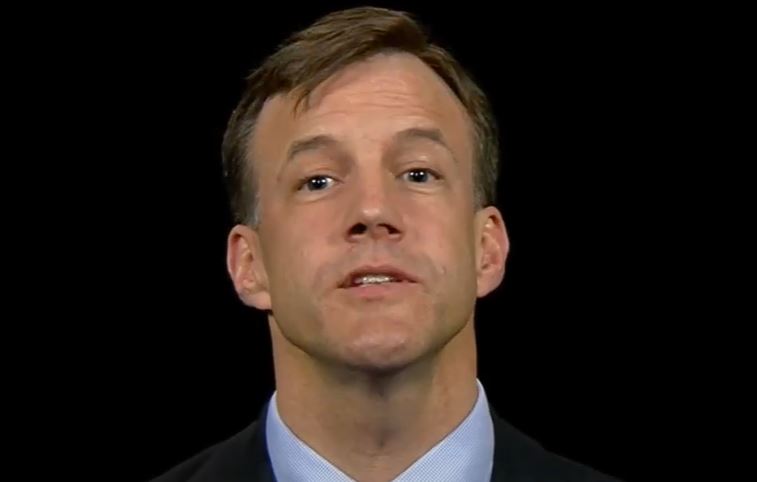 Advocates for globalism are preparing the way for the end of sovereignty, and they are using the alleged “environmental emergency” to do it. “Humanity’s continued addiction to fossil fuels and its voracious appetite for natural resources,” writes Stewart Patrick of the Council on Foreign Relations (who served in the George W. Bush administration on the State Department’s Policy Planning Staff) in the current issue of Foreign Affairs, “have led to runaway climate change, degraded vital ecosystems, and ushered in the slow death of the world’s oceans.” The planet’s biosphere, Patrick contends, “is breaking down” and humanity’s “depredation of the planet has jeopardized our own survival.”

We face, he writes, a “worsening ecological crisis,” and it is necessary to “take bold steps to overcome the disconnect between an international system divided into 195 independent countries, each operating according to its own imperatives, and a global calamity that cannot be resolved in a piecemeal fashion.” And it is up to the United States, Patrick writes, to “lead the charge” to “overhaul and strengthen the institutional and legal foundations for international environmental cooperation.”

Patrick, relying on the Intergovernmental Panel on Climate Change and the World Wide Fund for Nature, foresees “a future of searing heat, raging wildfires, acidifying oceans, violent storms, rising seas, and mass migration,” all due to human activity. Humans, he writes are despoiling lands and waters, causing “wild vertebrate populations” and “insect populations” to dramatically decline. The Earth’s surface, he writes, has been scarred by “extractive industries” like logging, mining, ranching, and farming.

Patrick believes that there are too many humans around who aspire to middle class life that “add to the ecological strains.” What the world needs, he writes, is stronger “global environmental governance.” The “fate of the planet” is at stake.

He praises President Biden for grasping “this truth.” Biden signed an executive order directing federal agencies “to lead an unprecedented, whole-of-government response” to the environmental crisis. But that is not sufficient for Patrick. He urges the administration “to revise a gargantuan U.S. national security budget that is still overwhelmingly oriented toward countering traditional geopolitical and military threats” and–here is the globalist key–to “start . . . working with other countries to remold traditional concepts of sovereignty.” The United States and other countries “have a responsibility to protect the earth” and to “refrain from any activity that might fundamentally alter or damage environmental systems.”

The main obstacles to achieving this globalist heaven are outmoded “nationalists,” like Brazil’s President Jair Bolsonaro and, of course, Donald Trump (whom Patrick criticizes for opposing the Global Pact for the Environment and the Convention on Biological Diversity) and his supporters. The Global Pact, Patrick explains, “would codify a sovereign obligation to ensure that state and private actions do not harm other countries or the global commons and establish a fundamental human right to a clean and healthy environment.” While the Convention would provide international legal protection for 30 percent of “the planet’s terrestrial and marine surface by 2030.”

It is necessary, Patrick writes, to bring “humanity back into balance with the biosphere.” The globe, he explains, contains “artificially imposed borders,” so we need to reconcile the “divided global polity” with “an integrated natural world.” This will include strengthening “the evolving legal framework of international environmental cooperation” and engaging in “planetary politics” as opposed to geopolitics. And planetary politics, he writes, “cannot succeed without multilateral institutions and global governance that can foster the unprecedented international cooperation demanded by the intertwined climate and biodiversity crises.”

But if your goal is to simply encourage international cooperation a “legal framework” is not necessary. A legal framework implies coercion. States, including the United States, and private companies in the U.S. and elsewhere, will be coerced into environmental compliance when they surrender their sovereignty to global governance in environmental matters. After all, according to Patrick–who is only the latest in a long line of global doomsayers that Rael Jean Isaac and Erich Isaac once called “coercive utopians”–the survival of the planet is at stake. That, and not stopping China from controlling the Indo-Pacific sea lanes and annexing Taiwan, should be America’s national security focus.

In a recent tweet promoting his Foreign Affairs article, Patrick wrote, “Its time to govern the world as if the Earth mattered.” In a World Politics Review column in June 2021, Stewart praised the European Union’s “Green Deal” to drastically reduce carbon emissions by 2030. And in a column in the same journal in August 2021, Stewart declared that the climate emergency is now.

We have seen how those in power in this country and elsewhere in the world assume unprecedented coercive powers in response to a global pandemic. Just think what they would do if they believe the survival of the planet is at stake. They would do what Stewart Patrick urges them to do in his Foreign Affairs article, and probably much worse. Sovereignty wouldn’t stand a chance.