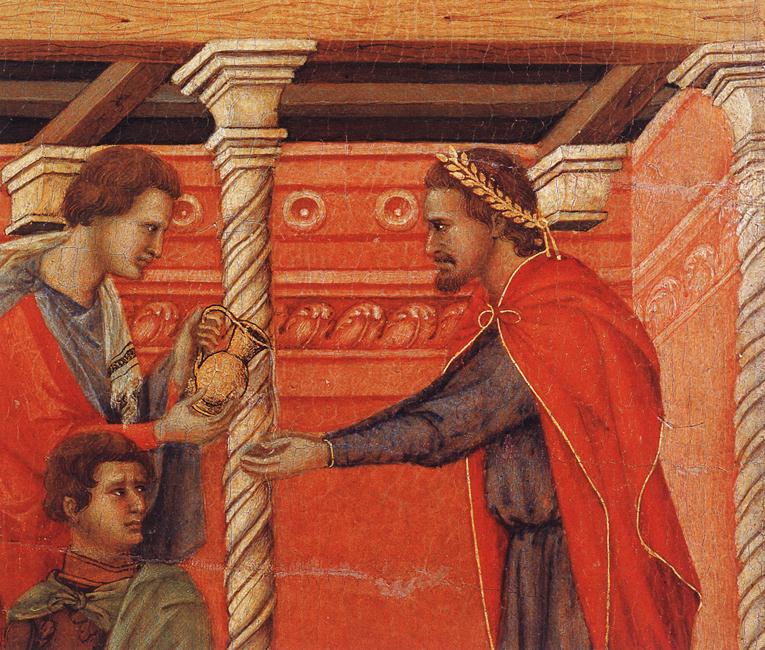 Christians, who celebrate the death and resurrection of Jesus this weekend, still don’t know what to make of Pontius Pilate, one of the major players in the climactic scenes of the greatest story ever told.

The Roman prefect’s role in Christ’s crucifixion recalls George Orwell in “Shooting an Elephant.” Therein, the colonialist Orwell, though holding a gun, feels himself at the mercy of the colonized to kill a tame elephant that nevertheless killed a man while on the loose. Orwell describes himself as “seemingly the leading actor of the piece; but in reality I was only an absurd puppet pushed to and fro by the will of those yellow faces behind. I perceived in this moment that when the white man turns tyrant it is his own freedom that he destroys.”

Pilate surely felt similarly. Like Orwell, he does not want to kill who the crowd wants him to. Repeatedly, the Roman declares that he finds no fault in Christ. But the man ostensibly in charge of the mob imagines himself at its mercy. He sees a riot starting over his obstinacy, so he yields. Orwell in Burma and Pilate in Judea show that even in nondemocratic societies the voice of the governed often trumps the governors. The people rule the people who rule them.

A close acquaintance, conveniently playing Pilate for decades in his church’s annual Passion reading, pointed to Billy Budd, Sailor as a better parallel. In Herman Melville’s novella, a seaman envious of the angelic Billy Budd slanders him as a mutineer. Budd cold-clocks him into death. The possibility of insurrection in part motivates Captain Vere’s decision, which really comes as a punt allowing others to make the decision, to execute a good man for killing a bad one. But so does a bureaucrat’s sense to legalistically follow rules lest those rules come back to bite the bureaucrat. “Very far was he from embracing opportunities for monopolizing to himself the perils of moral responsibility,” Melville wrote of Captain Vere turning over Budd’s case to a summary court consisting of his officers.

This comparison between the prefect and the captain sees Pilate as a beleaguered bureaucrat compelled to allow the execution of a good man for the common good. It also involves authority relinquishing it when faced with tough decisions. “Take ye him,” Pilate tells the Jews, “and judge him according to your law.”

Like the Bible itself, Pilate’s story told within inspires varied interpretations. Some traditions venerate him as a saint; others regard him as a villain.

The confusion over the otherwise obscure Roman confuses. A very modern figure, Pilate embodies the CYA mindset common to all-too-common bureaucrats. Like so many administrators, he exercised unlimited power while desiring zero responsibility. This passive power absolves itself of moral responsibility by permitting rather than perpetrating injustice.

Unlike the soldiers following orders or the Sanhedrin condemning Jesus, Pilate knew better. He argued for sparing Christ and allowed a follower to remove his body before fiends desecrated it. These acts, in revealing a man who knew right from wrong, make his ultimate indifference to Christ’s crucifixion in some ways worse, not better, than the sanguinary horde. “I am innocent of this man’s blood,” he tells the crowd as he literally washes his hands of the event. “You shall bear the responsibility.”

But saying it doesn’t make it so. Two millennia after Christ, the functionary remains a puzzling a figure even if his type increasingly confronts us. In examining his character, it’s difficult to figure out, as Pilate might say, “What is truth?”