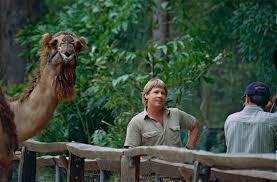 The animal rights group, People for the Ethical Treatment of Animals (PETA) has done it again.  In its latest display of an utter lack of self-awareness, PETA attacked “The Crocodile Hunter”, Steve Irwin, on his birthday. They were incited by the Google Doodle tribute to him on what would have been his 57th birthday which was a cartoon of Irwin with his arms wrapped around a crocodile as it bit the L in “Google”, it was silly and sweet, a seemingly uncontroversial tribute to a man who did a lot for animal conservation. PETA responded to the heartwarming tribute to the deceased cultural icon by tweeting:

#SteveIrwin was killed while harassing a ray; he dangled his baby while feeding a crocodile & wrestled wild animals who were minding their own business. Today’s #GoogleDoodle sends a dangerous, fawning message. Wild animals are entitled to be left alone in their natural habitats. https://t.co/9JfJiBhGLw

PETA may have assumed that they have more public sway and goodwill than Steve Irwin, but based on the reactions to their tweet, this was a serious miscalculation. The replies abounded, ranging from memes about how much people dislike PETA, to defenses of Irwin’s legacy of conservation. The replies that stood out the most were those that pointed to PETA’s sordid history of euthanizing animals in its shelters. For context, there have been numerous accusations against the organization for euthanizing otherwise healthy animals, and for failing to look for homes for animals that it claimed to be rescuing. Two examples that demonstrate this are that in 2014, PETA’s Norfolk, VA shelter euthanized 2,454 of its 3,369 animals, and that in 2016, it euthanized 72% of the animals, mostly cats and dogs, that it took in at its headquarters.

Other examples of similar behavior by PETA are numerous. They’ve made news recently for an uncomfortable video attempting to make vegetarianism and veganism appear “sexy” and featuring men with large vegetables positioned like penises performing a musical number. They also put out this chart a while back, encouraging people to “stop using anti-animal language”

Suggested substitutions include replacing “kill two birds with one stone” with “feed two birds with one scone”. The language changes that PETA proposes here strike most reasonable people as patently ridiculous. It appears more as language policing than as an actual effort to improve the lives of animals. But, that’s just par for the course with PETA.

PETA has been making a fool of itself with increasing frequency, and this latest example and the lack of apology that followed demonstrate that it doesn’t plan on heading in a saner direction anytime soon. Ultimately, PETA speaks about the proper treatment of animals from at best a precarious position, and the backlash they received for this, and other controversial public statements and tweets show that.