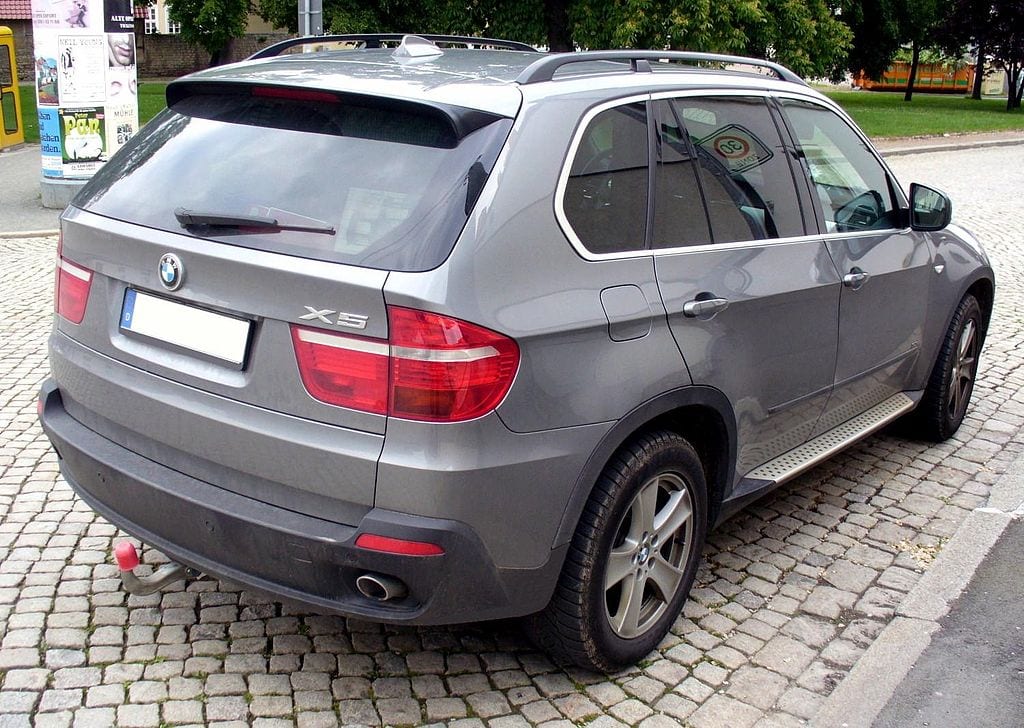 Big Brother has been riding shotgun for years, but he’s never been able to actually watch what we do in our cars.

That’s about to change.

He’ll soon be able to tell whether we’re sleeping or texting or doing other things unrelated to driving. Which isn’t the bad part.

BMW just publicly revealed its new camera-based driver monitoring system. It is called Extended Traffic Jam Assistant and will be available in the 2019 X5, the company’s best-selling mid-sized SUV.

The assistant is part of what’s styled Level 2 automated driving tech. The 2019 X5 can drive itself — including steer itself — without the driver touching anything — all the way up to just under 40 MPH. But for obvious reasons — including legal liability reasons — BMW doesn’t want to leave it entirely up to the X5 to drive itself.

The driver is still expected to pay attention to his driving — even when he’s not the one actually driving the car.

But if the driver is supposed to pay attention to driving, shouldn’t he just… drive?

And if he isn’t driving — if the vehicle is equipped with a system specifically designed to do that for him — is it reasonable to expect him to pay attention? And how can he fairly be held responsible for the consequences of the vehicle’s bad driving?

Paying partial attention isn’t sufficient — for all the obvious reasons. If the driver is looking away from the road — even for just the moment it takes to type and send a text — that is precisely the moment when his lack of paying attention may prove decisive.

If he fails to notice in time that traffic up ahead just stopped — and the automated X5 fails to stop itself in time — then the car isn’t going to stop in time. Who is at fault?

Or the part-time automated car?

And who gets the ticket?

This technology (and BMW is not the only car company installing it; Tesla has it and so does GM’s Cadillac division) is hugely questionable because it introduces a purposeful delay in reaction times — something you’d think the Greek chorus of saaaaaaaaaaaaafety nags inside and outside of the government would be most concerned about.

But the chorus is oddly silent.

The X5’s forward-facing camera that is the key element of the system is supposed to be the fix.

It is there to monitor the driver’s paying-attention-ness, which it does by keeping track of whether the driver’s eyes are looking at things other than the road — and whether they are open.

If it decides the driver’s not paying enough attention — or is falling asleep — it first nudges him to pay more attention via audible and visual pestering. If that doesn’t do the trick, the system will ultimately disengage the automated driving system.

Hopefully the drowsy driver will notice in time.

Even assuming it all works optimally, there is still the issue of delayed attentiveness.

The driver isn’t paying attention to what the car is doing or to what other cars around him are doing — it’s the whole point of the automated driving tech. If the driver were paying attention, the camera would not have to trigger the nudging.

So, he’s texting or eating or maybe even nodding off. The camera detects this, which takes a moment — processing time is not immediate — then prompts various nudges to get the driver’s attention and refocus it on the road and what’s going on outside around him.

In the time it takes for the driver to stop paying attention to other things — or just wake up and refocus his eyes on the road — things may already have happened.

The whole point of continuously paying attention to the road and to one’s driving — something which was once considered the most basic foundation of safe driving — is that there is no (or at least, less) delay when something crops up unexpectedly which requires the driver’s immediate attention.

And the driver’s immediate reaction.

Even at less than 40 MPH, things can happen pretty fast. How long does it take to notice a kid just ran out into the road chasing a ball? To swerve around the kid?

You’re either the driver — or you’re not.

BMW says the technology reduces the “cognitive load” on the driver, who is freed to do things other than pay attention to driving.

But technology which encourages drivers not to drive but then expects them to pay attention to their driving is inherently dangerous and Kafkaesque. If the tech can’t be trusted, then the driver shouldn’t trust it — nor be faulted if something terrible happens because he did trust it.

It is very hard to understand how all of this passes muster with the deities at NHTSA and DOT who coo that they are so very concerned about our saaaaaaaaaaaaaafety.

Or so they coo.

How about the saaaaaaaaaafety of other people — who are paying attention but are within the orbit of potential mayhem of narcoleptic drivers who’ve turned control of their vehicle over to technology that is far from being infallible?

How is it that the government — so concerned about saaaaaafety — permits this?

It’s the same government which forbids the hundreds of thousands of people who are stuck driving around in cars equipped with known-defective (and known to be potentially lethal) Takata air bags from even temporarily disabling them until the dangerously defective air bags can be replaced.

Which may take years.

Meanwhile, we get to be the guinea pigs — the experimental subjects. Let’s see what happens, they (apparently) reason.

After all, it’s not their lives on the table.